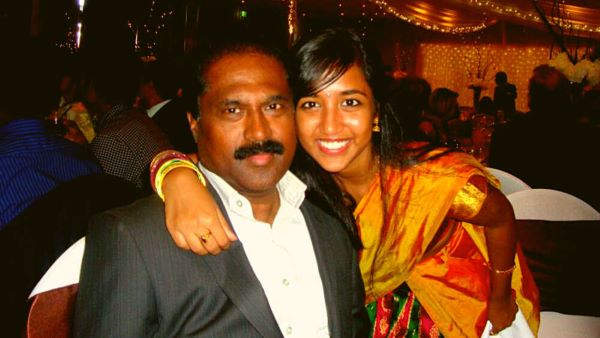 The night after Sri Lankan priest Kanishka Raffel was elected Anglican Archbishop of Sydney, Jeri Jones Sparks woke up at 4am in pain and couldn’t get back to sleep.

As the daughter of Tamil-speaking migrants from India, the Assistant Minister for Outreach at St James Anglican Church Croydon, in Sydney’s inner west, had been praying for Raffel in his quest to lead the Sydney diocese (region). Seeking distraction, Jeri watched the sermon he gave after his history-making inauguration and surprised herself at how emotional she became.

“I just wept the entire time. I didn’t realise how meaningful it was to me to see a ‘brown uncle’ as Archbishop,” she tells Eternity.

“It does mean a lot, it’s more than symbolism and it’s also a sign of hope of what the Anglican Church can be and makes me prouder to be a part of it.” 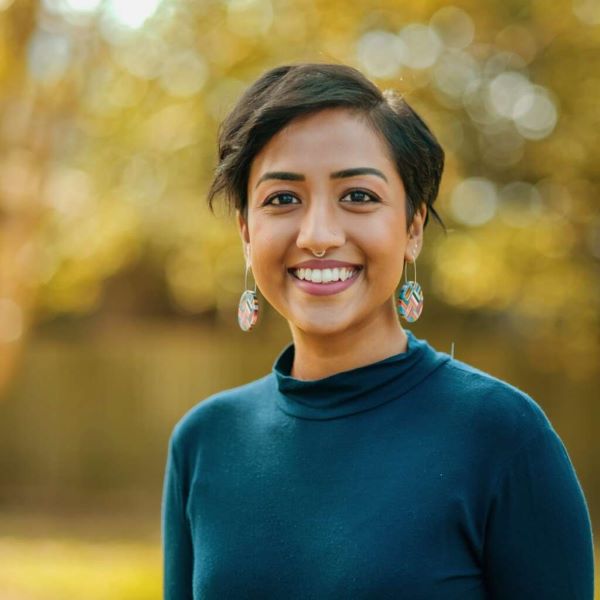 Jeri is elated that she has just been awarded a grant of $18,000 from Anglican Deaconess Ministries to direct and develop a course of eight evangelistic videos in Tamil and Hindustani, called the Good News Course, which will reach and empower her South Asian culture to share the gospel with their friends and neighbours.

At St James, Jeri runs four evangelistic courses and while they all have their strengths, their common weakness is that they speak to the dominant culture and its biases, she says.

It’s not landing from a values or world view, especially that first generation of migrants.”

They take a propositional approach – putting forward a concept, running through a flow of logic and then asking for a response from the hearer; that just doesn’t “land for migrant groups from the global south.”

“So talking vaguely Eastern cultures, those are just not the questions that people are asking. It’s not landing from a values or world view, especially that first generation of migrants,” she explains.

“I was born in India, but I’m very much a third-culture kid. So it resonates with me because I have both those lenses. But for that first generation, it’s just not serving them where they need.”

The core content of the course that Jeri will develop, in partnership with theologically astute and creative people from each cultural group, is based on a methodology for explaining the gospel that her father Joseph has developed and tested over the past 12 years.

“I grew up watching my dad develop this content and it’s been super-super-effective,” says Jeri.

“There’s been a constant feedback loop of understanding what people respond to and what hits home. So I feel really confident about the core framework.”

Like Alpha, it will offer full training so that anyone can run it in their church and it will highlight the cultural value of hospitality.

“But there’s a big emphasis on biblical theology. Over the eight weeks, we really do begin with Adam and tell the story of Abraham and it builds in that way. In the West, we often approach it individualistically rather than approaching biblical theology as community.

“My dad makes all the difference between grace and karma. This really taps into the power and fear basis of Hinduism and a lot of the other Eastern religions. So the presentation of grace is mind-blowing in a different way.

“It’s not like the healing of someone’s personal guilt; it’s that you’re speaking about freedom from retribution from a higher power rather than I’m sitting there with a conscience.”

“You’re speaking about freedom from retribution from a higher power rather than I’m sitting there with a conscience.”

Growing up, Jeri constantly witnessed the miraculous power of salvation. After her father came to faith through Tamil-speaking friends soon after migrating to Sydney in 2000, he decided the gospel was too good to keep to himself.

“At home, Dad was constantly preaching the gospel and I saw the power of salvation before my eyes. So the power of conversion was prominent in my life,” Jeri says.

But Jeri didn’t at first share her father’s passion for evangelism. While she never doubted the existence of God, she resisted her parents’ urgings to commit her life to Jesus, burdened by the feeling that she was living a double life.

“I was a different person at home and church from how I was at school. So in early high school, it was really sinking in for me that God was real. I was annoyed at my parents because my dad was doing all this ministry and experienced pressure from their passion to make that personal decision and my faith in myself. I really didn’t want to.”

In her rebellion, she researched all the world religions in a quest to prove her parents wrong.

This culminated on a Sunday night after hearing a sermon on Romans 1 and 2, when her sin and unrighteousness weighed on her so heavily that she couldn’t sleep.

“I really had a sense of if I died tonight, I couldn’t look God in the eye. I knew who he was, but I hadn’t accepted this salvation, because I was just feeling like faith wouldn’t be fun or I would have to play by the rules if I made that decision.”

The next day on her commute home from school, she overheard a boy witnessing to his friend and quoting Ephesians 2:8-9. It was a passage she knew by heart – that she was saved by grace, not of her own works; it’s a gift of God.

“Once I heard it, the penny just dropped and I understood what grace was like. It’s like my eyes were opened in some way,” she recalls.

She ran home, weeping, to tell her “super-elated” parents.

Though that moment in Year 7 was pivotal, she still felt a distinction between who she was on Sunday and who she was during the week.

“And this disparity between who I was on Sunday and at school really grew. I would have always called myself a Christian, but I didn’t know if there was a lot of fruit in my life to prove that. By the time I got to late high school, my identity was completely wrapped up in what people thought of me and my reputation.”

At that point, her home church group decided to disband and attend a local church, which happened to be MBM at Rooty Hill. There she attended her first youth group and met kids her own age whose lives were consistent on Friday and Sunday at church and during the week.

“I could see the Lordship of Christ in their lives in a way that I couldn’t see mine.”

“I realised that my whole life belonged to Jesus. I couldn’t pick and choose.”

The key turning point came at a youth camp while listening to a youth minister’s talk called “24/7 Jesus.”

“I realised that my whole life belonged to Jesus. I couldn’t pick and choose. I couldn’t compartmentalise. It really struck me. And I think because I had a solid foundation in the Bible, the change and maturity from that point on was pretty drastic. That was the more pronounced start of my Christian journey. If I’m honest, that’s when everything became a bit more integrated, newfound love for the Bible and really grew in my faith.”

Jeri had wanted to be an English teacher her whole life, but after high school she ran into severe health problems so she had to quit uni and take a year off.

“I was just sitting at home feeling sorry for myself. So ended up basically doing MTS (Ministry Training Strategy) at MBM. It was unofficial, but I was there four days a week and I just fell in love with ministry. So I started the journey and went to Bible college really young.”

“How do we get a diversity of people to represent and teach and uphold the gospel in the kingdom of God in Sydney, and beyond?”

Over the past few years, as Jeri has encountered challenges in her ministry, she’s wondered whether being an Anglican minister is the right route for her. But now she is excited to be able to share the resources and heritage of the reformed evangelical church in Australia with a diversity of people so that the vision of Revelation 9:17 of all the nations around the throne worshipping the lamb can be realised.

“My reflection over the past two years has been how exactly do we want to evangelise to all these groups in Sydney?” she says, pointing out that 15 per cent of the Australian population were born in another country.

“I really saw that as the missing piece in the power dynamics that happen when the beautiful well-meaning white minister is running a course and expects the migrant down the road to cross all these cultural barriers to come to a Christian setting, to hear the gospel from him in English. Like that makes no sense. I think we have to do better at that.”

As director of the Good News Course, Jeri is partnering with City to City Australia, a church renewal and church planting network, and Crossview, experts at video production.

She says there are also opportunities for other partnerships, so if you are keen to know more, contact her on jeri@thegoodnewscourse.org