Scared of hunger, Sri Lankans are willing to risk their lives on boats – By Chris Barrett

Sri Lanka/Singapore: At a fish market in Negombo, an hour’s drive north of Colombo, Mallika Fernando had a message for me via my interpreter.

“Tell him to take us to Australia by boat,” said the 57-year-old fish seller, as she struggled to offload what she had at her waterfront stall last week. 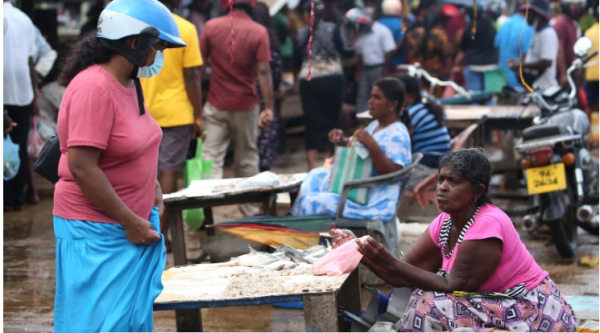 She was only half joking. Sri Lanka’s crippling economic collapse has seen the prices of everything – from fish to rice, to petrol – soar, triggering a food security crisis in a nation already bankrupt.

Now, as people struggle to make ends meet, some are looking for a way out and the boats towards Australia have resumed.

Last month, on the morning of the federal election, a small trawler was intercepted by Australian Border Force west of Christmas Island. Its 12 inhabitants, all friends and family from Negombo had taken their own boat, and were deported.

This week, another Sri Lankan vessel was picked up by Border Force which deported its 15 passengers on Thursday straight back to Colombo from Christmas Island, according to News Corp. 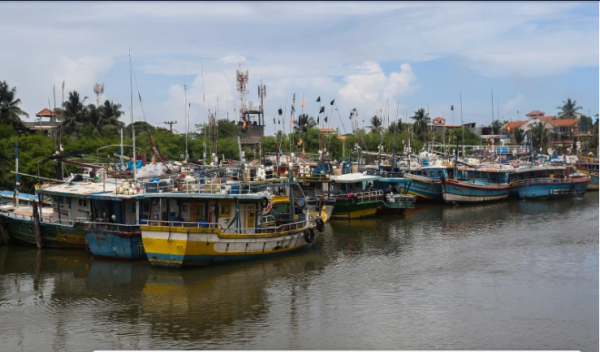 Trawlers anchored in Negombo. The fishermen, intercepted west of Christmas Island on election day, travelled on a similar boat.

Closer to Sri Lankan shores, three larger boats have also been stopped by its navy in little over a month – the latest on Tuesday with 76 people on board including seven children and six suspected people smugglers.

The Border Force interceptions near Christmas Island are the first under Operation Sovereign Borders since six Indonesian and two Chinese nationals were detained and sent back in January 2020, according to the monthly reports the agency posts on its website.

But chances are they won’t be the last in the near future.

“I think it’s very likely that given the dire circumstances in Sri Lanka at the moment, which are affecting the whole of the population, we’ll see more people try to flee Sri Lanka,” said Refugee Action Coalition spokesman Ian Rintoul. 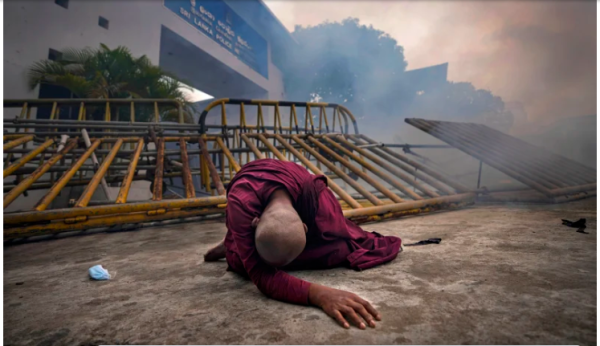 A Buddhist nun falls next to a barricade after inhaling tear gas during an anti-government protest in Colombo, Sri Lanka, on Thursday.

Asked on Friday about the most recent arrival, a Border Force spokesman said “the department does not comment on operational matters”.

Controversially, it had done just that when the first boat turned up on the morning of election day on May 21 after a perilous 19-day journey, issuing a media release on the instructions of then-prime minister Scott Morrison’s office.

Prime Minister Anthony Albanese’s new government has vowed not to divert from turning back boats, unwilling to return to the days during the previous Labor government when 50,000 people ventured to Australia on boats and at least 1200 died at sea. 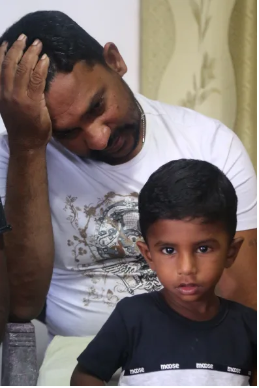 Father-of-three Warnakulasuriya Meril Christopher with one of his children.CREDIT:PRADEEP DAMBARAGE

Rintoul argues the fresh boatloads have nothing to do with Labor’s victory and is due simply to conditions in Sri Lanka but Abul Rizvi, a former deputy secretary of Australia’s Department of Immigration, believes human smuggling networks will likely have been emboldened by the election result.

“It’s probably reasonable to suspect that both those factors are contributing. That the people smugglers want to test the new government and they’ve got more than enough people who are in desperate straits to want to participate,” Rizvi said.

“The real question is whether the current government will stick to its resolve and from everything that it’s said so far, I get the impression that it will.”

Unlike the previous wave of asylum seekers from Sri Lanka a decade ago, who were largely fleeing ethnic-based persecution, the out-of-work fishermen on the boat which neared Christmas Island last month were would-be economic migrants.

When The Sydney Morning Herald and The Age interviewed them at one of their parents’ homes in Negombo last week, they said they “didn’t want to make things up” about death threats to gain protection and had simply set off for Australia because they wanted to support their families. They hadn’t paid people smugglers but travelled on a fishing boat one of them owned, they said.

“In the past people went because they were scared of death. Now the situation we’re facing is we might die of hunger,” said 39-year-old father of three Warnakulasuriya Meril Christopher, one of those on board.

Even so, Rintoul believes that given ongoing discrimination of populations such as the Tamil minority in Sri Lanka, Labor must introduce a more thorough interview process to ensure that asylum seekers are not sent back into danger.

How many more authorities will have to contend with is yet to be seen.

But given that no such boat has ever reached a non-excised part of Australia when turn-back policies have been in place, Rizvi thinks the message will eventually get through, even to the most desperate folk in Negombo.

“There may be a few more that will try, but I suspect that once the news gets around that none were successful … that no boats have got through, would you risk your money and your life? These boats are not exactly safe,” Rizvi said.

“Once it becomes firmly established that they are being turned around including by the Sri Lankan navy, I suspect people will give up paying people smugglers to do this.”