Save the Last Dance for me By Capt Elmo Jayawardena

A few months ago, I was in Hong Kong, visiting a well-known charity organisation called Crossroads. It was to seek assistance for a project in Sri Lanka. Crossroads has an enormous warehouse filled to the brim with anything and everything; ready to be sent to places where people in need plead.

The store surroundings looked familiar. Then I realised I was standing where the old Kai Tak airport was, now pastured and replaced by the glamour of the new Hong Kong International Airport.

Yes, I have been here before, many a time at that, bringing jet aeroplanes into land on runway 13, turning at the famous Chequered Board at 600 feet and pointing at the short runway besieged by the sea. The final turn and approach was made between sky-scrapers that stood on either side, like sentinels, and one could spot the flat residents’ laundry hanging outside their windows. 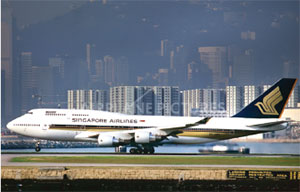 The Chequered Board was fixed to the mountainside, big board with orange and yellow squares, clearly to say “Turn now, beyond this is damnation”.

That was Kai Tak, surrounded by hills, minimum length to stop, and the weather gods playing their fancy games so often that we, mere mortals who flew the machines were nothing but puppets on a string.

But we managed; day in and day out to put our aeroplanes down and brake like crazy to make sure we didn’t overrun and tip into the water.

When the skies were friendly, it was a thrill to land at Kai Tak. The runway usually was direction 130 (runway 13) and the wind rolled from the East, nice and steady and we came past Green Island and saw the Chequered Board in front to tell us we have to change direction lest we too got pasted like the Chequered Board on the same mountain. Then came the turn, low and precise to make the final approach, the laundry run, to fly between the buildings and place the wheels precisely at the touch down point to avoid going swimming.

Every time a pilot landed in Hong Kong in the olden days, there was that gleam in the eye. I’ve seen it a hundred times in my co-pilots and I’ve felt the same whenever I made the approach; the accomplishment of doing something right where the demand was high, which sent the adrenalin into overdrive.

The typhoon time was another story. The winds sheared, gusted, backed and veered and the rain swept across the field, diminishing visibility. Dark grey clouds hung low, covering the mountains and the Chequered Board was hardly visible. We went in by the leading lights, which were very powerful strobes that throbbed, giving us a path to follow to take us to the laundry lane. All this was with the wind playing wild symphony and the rain pattering down like machinegun fire. Most times, lining up on the runway for the short final run was almost impossible and that is where the pilot’s skill mattered, kicking rudders and wagging wings like a mad man playing drums just so that the aeroplane landed and stopped all within that little wet and slippery runway with the sea awaiting with open jaws for a luckless pilot’s mistake.

I remember my last flight to Kai Tak, in June 1998. I left home determined to do the landing. Most days, I would let the co-pilot fly, I’ve seen a lot of this airfield and the younger pilots were always grateful for a swing at Hong Kong. But this was my final flight to Kai Tak and I saved the last dance for me, just like the The Drifters sang.

The co-pilot was young and he mentioned he had never landed in Hong Kong. It was a hard call on me. I could not let this young man go and run through a flying career having never landed in Kai Tak. Maybe, years later his first-officer would ask about the infamous Kai Tak approach and my friend would have to answer that he had never done it.

All in all. the deck was stacked against me, there is something called professional courtesy and out went my last dance, “Son, you take it to Hong Kong”.

The weather was bad, the winds were howling, and we went in. The young man turned at 600 feet and the aircraft was bucking and jumping and he hung in there like a rodeo kid but that wasn’t enough.

With 300 feet to go we were pointing at mountains and the field was almost below us and then I took over and went around to the safety of the sky. 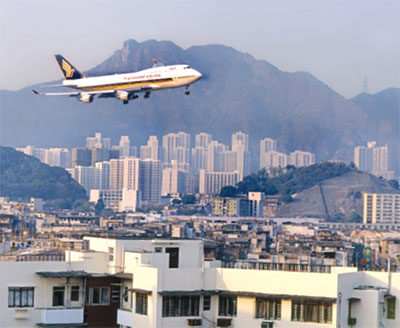 One thing I never did in an aeroplane is if I ever took over from a co-pilot, I never gave it back. I flew it and landed it – that was the golden rule, the safe approach.

The rodeo kid and I were now loitering in the sky to await our turn to make the next run. Then it hit me like a thunderbolt, same co-pilot, years later would be a Captain and when his co-pilot asked him about Kai Tak and how it was to fly in he would have to say “I got one chance and I blew it, couldn’t make the field and the Captain had to take over.”

There was no way I could crucify this young man’s soul, make him poor as gutter water in a field where professional prestige mattered most.

‘Son you take it in, go and land this aeroplane.”

That’s precisely what he did. He waltzed with the wind and came through the clouds and turned at the Chequered Board and flew down the laundry lane and lined up the big 747 on the short runway to land as smooth as Mr. Neil did on the moon.

Then I saw the glitter in his eye – Last dance or no dance, I wouldn’t have traded anything for that look. That’s what flying was all about.

It is possible that my rodeo-kid friend would read what I write and remember. It was all between him and me and the old Kai Tak Airport.

He, I am sure by now, is a Captain. I like to think that he too would at times give away his turn to dance just to see the gleam in a fledgling’s eyes. That should be the legacy.

If not, what would we be worth as professional pilots?