Robots in Supermarkets: A self-assistant culture or invasion of consumer privacy? 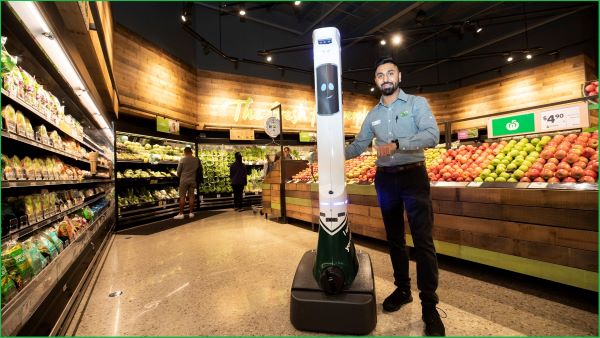 As retail giants soar with customers and aims to keep the balance between supply and demand a vital requirement of supermarket management has been to monitor and assist workers in their daily routines. Many surveillance equipment is widely used in supermarkets worldwide to assist monitoring processes but few have begun a new culture where robots are used not only as surveillance devices but also as assistants to both staff and customers.

Robots are currently used as assistants to look for occurrences of spills, uncleaned floors and direct customers around supermarkets. These robots go up and down store’s aisles and perform these tasks and alert staff members if any occurrences are found. Supermarket chains believe that this will increase the productivity of their daily functions by directing many supervisory tasks to robots.

Robots are used in these supermarkets for different tasks. For example, Marty is a grocery store robot used by over 300 stop and shop locations and over 170 *Giant stores in the U.S. The robot has been used in stores after extensive trials and it is able to speak in either English or Spanish with shoppers. During trials of this robot, in-store efficiency was seen to be improved and employee tasks were freed by Marty successfully. Marty is able to identify liquid and food item spills and report to employees so that corrective actions could be taken. Similarly, some stores use robots for merchandise operations and monitoring stock of goods. Then employees are alerted when items are out-of-stock or products are placed in wrong locations. For example, Tally is used by *Giant Eagle and *Schnucks stores to monitor stocks and then provide when and where to restock goods.

Robots are also used for advanced operations by supermarkets like *Walmart. They use Alphabot to improve the performance of online orders. It is able to remove storage bins containing food and then handover containers to a human worker. Similarly, Millie is used by *Woolworths, Australia where it can identify and clean spills. Walmart is also using shelf-scanning robots in several of their stores as agents to stock inventory when items are out-of-stock and can also identify misplaced products, incorrect labels and then notify employees of these products. These help employees to focus on other tasks in the supermarket, such as attending to customer issues, while these robots are scanning items. 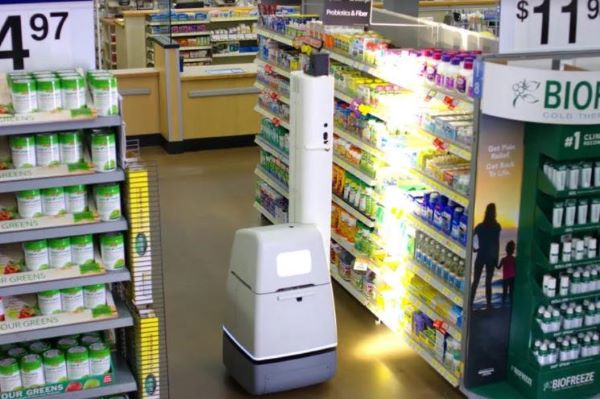 Furthermore, companies such as *Amazon and supermarket chains such as *Coop Italia are testing emerging technologies with their robots. Robots used by these two companies are not tall, slim structures that walk around the aisles of stores but stable electronic equipments with robotic functions. Amazon’s use of computer vision cameras and sensor fusion technologies, and Coop Italia’s use of Augmented Reality (AR) to display product information are examples for use of these technologies in robots.

Besides advantages of robots, there are also concerns that robots in these stores are a threat to customer privacy. For example, there are many surveillance devices and scanning devices in these supermarkets that monitor customer behavior. Most customers visiting these stores have reported that they are being unnecessarily watched about their movements and behaviors. Some robots create false alarms even when a slight abnormal behavior is detected. Such activities often lead to negative customer experiences about stores. Some customers, especially the elderly and those who are less technology-savvy find newer technologies guiding them around stores and providing recommendations to be a redundant task.