Robotic Process Automation: Article 1 of a series of articles on Hyperautomation 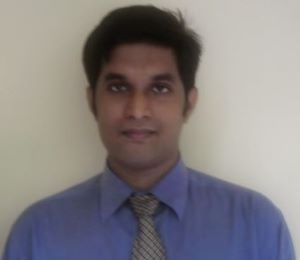 I have discussed about the usage of robots as agents for delivering consumer goods in my article titled “Personal Delivery Devices” and about the use of robots in the cloud in my article titled “Cloud Robotics”. Besides these emerging uses of robots, another emerging use of robots is to automate tasks that are repetitive in nature. When I say repetitive, I mean repetitive tasks related to computers. For example, filling forms, completing keystrokes and reading screens can be repetitive in many processes we use today. The use of automation to automate tasks is known as process automation. When robots or bots are used for this process, it is called Robotic Process Automation (RPA).

Process automation is not a new process. From conveyor belts to day-to-day household equipment, automation changed the way people carry out tasks that increased productivity, as tasks were done faster, more accurately and efficiently. These machines could work 24×7 provided the power, cooling and maintenance were carried out properly.

As such, when computers, smartphones and several other smart equipments were introduced, the same process was applied to them. During the initial stages of computers, all repetitive tasks were done by data entry operators and in many processes, this is still the norm. However, the productivity is less, given the manner in which humans interact with computers due to social, mental and physical bonds and limits at which a human is able to work. Humans are prone to errors and are often inconsistent in their tasks, i.e. the way a data entry operator does a task may vary from one day to another. However, if robots are used to carry out these tasks, such types of issues (varied manner of working from one day to another) are less and humans can instead focus on more complex tasks.

Organizations can also experience cost savings by replacing humans and paying only a minor subscription fee for the RPA software. Cost related benefits can be achieved not only by replacing humans, but also by delivering output to customers within a short period of time. For example, if a task requires 15 days to complete with only human input, that task could be completed within 5 or 6 days with RPA leading to faster releases of customer needs. 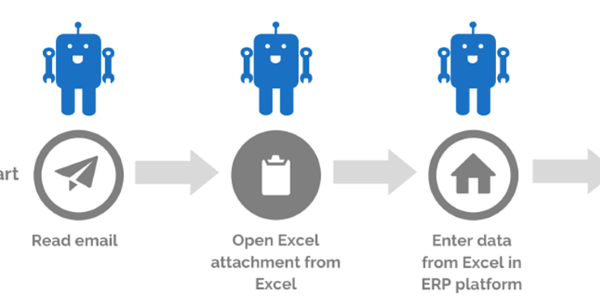 How does RPA transform processes?

RPA software contains robots or programmed functions that could be invoked to carry out tasks. For instance, consider a workflow where a robot needs to send emails to a large number of clients. In each email, the recipient’s email, name, invoice and the due date is different. If a human were to do this, he/she would get the contact list and for each customer, the invoice and personal details need to be fetched. Instead, by using a RPA bot, the same could be done by fetching the list of contacts, invoice locations and other details as well as providing access to the sender’s email. The bot could be given a set of instructions where at each iteration the name, email and the due date to be fetched from the list, and attach the invoice file for the customer and finally, send the email. After all iterations are completed, all emails would have been sent to customers at very less time.

What are the downsides of RPA?

Although, these robots are very efficient at carrying out repetitive tasks, these robots are still in their introductory stages in some areas, such as text or speech recognition, classification and other complex tasks. Therefore, many errors have been reported where bots were used for classifying different tasks and have led to many failures in business processes.

Meanwhile, some people are of the view that RPA could one day replace humans for even complex tasks. Therefore, there is a negative perception of using RPA software where mundane tasks are carried out, instead of those being done by humans.