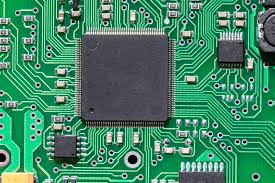 A microcontroller is a single Integrated Circuit (IC) that uses memory and input and output (I/O) inside it to compute. It is a new technology which uses a different methodology to compute using fewer external devices. Most of the hardware required for computation is built-in and often only power and data from sensors and is required to perform computations. Microcontrollers are less costly and use less power compared to microprocessors. These devices are used to process data external to a device with minimal input. Therefore, they are embedded in electronic devices such as air conditioners and are used for research activities.

A microprocessor is a single IC chip that uses memory and I/O external to it to compute. Memory (primary and secondary) is external to the microprocessor and it is connected to the chip with bus controllers. Microprocessors are often efficient and fast as they have more cores and are costly than microcontrollers. These chips can handle arithmetic and logic related bitwise operations and uses caching to hold random memory. These are used to process instructions within computers and other handheld devices.

The use of each type is different as they have varied usages. For example, microcontrollers are used in embedded systems. Due to this they have storage, processors, and I/O built-in and uses only data and network bandwidth from the system in which they are used. As most of the hardware is built-in, they are easier to maintain, cheaper and uses less power. External devices and memory can be plugged-in and plugged-out easily and is often it is easier to control a microcontroller using manual instructions.

Microcontrollers also have microprocessors which often have less speed as they have less cores and are designed to be used with less power. As it has built-in components it can be plugged-in to many devices and programmed easily. However, microcontrollers are not scalable in terms of the cores as a built-in memory is used. Therefore, they cannot be used for mainframe or super computer based processing. Also, as the speed of a microcontroller is less it cannot be used in day-to-day processes which require processing and controlling large amounts of data and tasks.