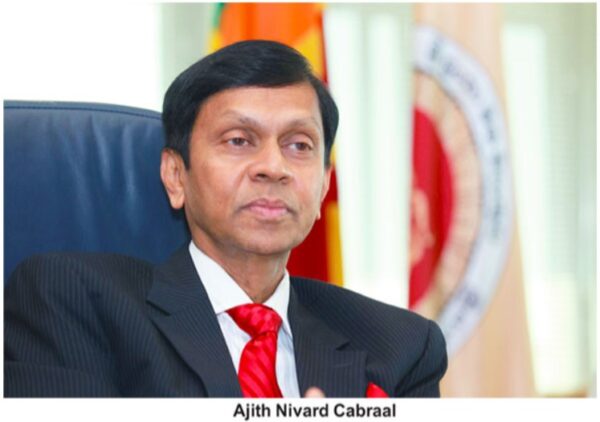 As government revenues have fallen below expected levels, fiscal management of the government is under pressure, Ajith Nivard Cabraal, State Minister of Finance, Capital Markets and State Enterprise Reforms said in Colombo yesterday.

He made this remark while speaking at a media briefing held at the Ministry of Finance.

“Although a sovereign bond of USD one billion needs to be settled this month, the actual outflow would be USD 700 million as Sri Lankan citizens own a share of USD 300 million of it. The current reserves are at USD 4 billion. After making this payment, the reserves will technically remain at USD 3 billion. Agreements have been arrived at with People’s Bank of China for a SWAP loan of USD 1.5 billion. In addition, the foreign exchange reserves will have contributions from Bangladesh Bank (SWAP) – USD 200 million, Reserve Bank of India (SWAP) USD 400 million. IMF (SDR allocation) USD 780 million and China Development Bank (Balance Loan) USD 200 million,” he said.

“In the next six months, the Central Bank will purchase USD 500 million from the forex market to consolidate the gross official reserves,” he said.

Further, a number of bilateral discussions are underway including for a USD 500 million syndicated loan while the Central Bank Governor has forecast a decline of imports by USD 700 million. he said.

“Although the exchange rate is Rs. 200 to a USD, further depreciation is possible. The reasons for this are; reluctance of the exporters to convert their forex earnings and importers acting swiftly to import goods to top up their stocks for a longer time than it is necessary,” he said.

Further speaking he said,” The economy weakened from 2015 to 2019. Growth rate declined to 2.3% from 6.8%. Per capita income reported only a slight increase of USD 33 from USD 3,819 to USD 3,852. Gross Domestic Product was up by only USD 4 billion from USD 80 billion to USD 84 billion. Debt to GDP ratio increased to 87% from 72%. The debt stock increased to Rs.13 trillion from Rs. 7.5 trillion. The government’s interest expenditure in proportion to GDP increased to 6% from 4.2%. Due to rupee depreciation during the period, the debt stock rose by Rs. 1772 billion. Sovereign bond interest rate increased to 7.8% from 5.8%. Exports remained at an average of USD 11.1 billion while the trade deficit increased to USD 9.3 billion from USD 7.6 billion. Although sovereign bonds to the tune of USD 12 billion had been issued during the five years, foreign exchange reserved declined to USD 7.6 billion from USD 8.2 billion. The budget deficit increased to 9.6% from from 5.7%. Employed persons reduced to 8.2 million from 8.4 million. Central Bank’s treasury bill holdings shot up to Rs. 75 billion from zero. Rupee to USD exchange rate depreciated by 39% from Rs. 131 to Rs. 182. USD 3,089 million worth of Central Bank reserves were sold to maintain the value of the rupee. If this had not been done, foreign exchange reserves would have remained at USD 10.7 billion. The country’s credit rating downgraded to B (Negative) from BB- (Stable) – four notches during the period. Foreign debt versus domestic debt shifted to 48:52 from 42:58. From 2015 to 2019, government revenue was up by 65%, but as interest rates were high amid low growth, that advantage slipped through.”

“When Covid-19 hit Sri Lanka in 2020, in spite of the resilience some sectors of the economy had shown, the overall economy further weakened. As the economy had been completely shut for 66 days, it led to a negative growth of 3.6% while per capita income declined to USD 3,682 with the lowering of GDP to USD 81 billion. Debt to GDP increased to 101% from 87% while the debt stock increased to Rs.15.1 trillion from Rs. 13 trillion, therefore, interest expenditure was up by 6.5% to GDP in spite of low interest rate.”

Due to rupee depreciation, the debt stock increased by Rs. 356 billion. The repayment of USD 1 billion sovereign bond, the loss of income from Tourism around USD 3.5 billion, foreign exchange reserves fell to USD 5.7 billion from USD 7.6 billion. The impact of Covid-19 saw a spike in expenditure by about Rs. 100 billion while the government revenue declined, hence the budget deficit increased to 11.1%. The rupee depreciated 2.6% versus the USD to Rs. 187. However, the Central Bank bought USD 283 million from the forex market, and in 2021, the Bank has bought USD 130 million up to now. While the credit rating was downgraded to CCC(Stable) foreign debt to local debt ratio turned favourable by becoming 40:60 from 48:52. Low interest rate in 2020 brought some relief to the overall economy while the government also gained from it. Although exports were down to USD 10 billion, thanks to import controls, the trade balance was reduced to USD 6 billion.”

The state minister said that although there is a challenge to managing the economy, the government would not run away from its responsibility and would restore it a point where there is space for Sri Lanka to make a favourable turnaround with expected non-debt creating inflows to the Port City, Hambantota Industrial Zone, Pharmaceutical Manufacturing Zone, and last but not least with Sri Lanka Tourism reopening its boarders for the lucrative industry as the vaccine rollout is progressing well.

He empasised the fact that the government would not look to the IMF to get any help from it as those who recommend it want the government to get into difficulty as we would have to fall in line with IMF’s stringent economic recipe and conditions which come in hand in hand with their support.