Raveen Kariyawasam clinches Rhodes Scholarship to study at Oxford: First Sri Lankan in 54 years to do so

Raveen Kariyawasam, who won one of the most competitive postgraduate scholarships at 22, spoke to the Education Times this Wednesday about his successes in life and what the future holds for him.

Despite the inclement weather, Raveen’s charisma and energy filled the room as he talked about his background and how he came about to win the Rhodes Scholarship, the oldest running postgraduate scholarship to study at the University of Oxford, first established in 1902 by Cecil Rhodes and last won by a Sri Lankan in 1968 by Prof. G.L. Peiris. Kariyawasam is an alumnus of Colombo International School, where he studied his A-levels before he was accepted to the prestigious Ivy League University of Pennsylvania to study Bioengineering with concentrations in computational medicine and medical devices. 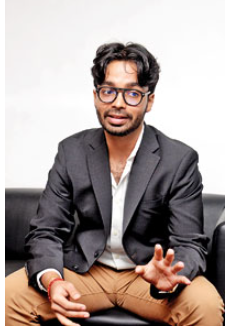 Speaking to us about the nerve-wracking weeks before he finally secured the scholarship, Kariyawasam says he “pinches himself every day.” He explained how to even be considered for the Rhodes, the University must first nominate him, after which, a series of interviews decides who finally wins the fully paid scholarship to pursue a graduate degree at the University of Oxford.

“I thought I bombed the first interview”, he says; nevertheless he must have passed interview by interview with flying colours as one fateful Saturday in November while returning from a walk in the park, Raveen received a call requesting an immediate meeting with the Board of the Rhodes Trust, where 15 minutes later his future as a Rhodes Scholar was finally confirmed.

Raveen tells us next how he decided to follow the path of bioengineering. “I originally wanted to be a doctor”, he says, but when he started to shadow physicians after his A-levels he admitted he “was more interested in the machines the doctors were using”, which naturally led him to the field of computational medicine. Raveen also explains to the Education Times why he also pursued a second bachelor’s degree in finance and entrepreneurship at the Wharton School of the University of Pennsylvania, whose notable alumni include John Sculley, Anil Ambani, and Elon Musk.

While studying bioengineering, Kariyawasam was involved in many projects that included some of the most advanced technologies in bioengineering but was mystified that these devices were not used commercially. Upon asking his professors, they said they often were not commercially viable to be used in day-to-day scenarios, often leading them to be isolated for purely research purposes when their use could be extended to improve healthcare for all. Devastated, Raveen explains how he had to “go back to the drawing board” to figure out how he could bring these technologies to the general public and decided to pursue a dual degree in finance and entrepreneurship; finance so he could connect with investors and better understand how to align their interests with innovative startups, and entrepreneurship so he could continue helping companies innovate. 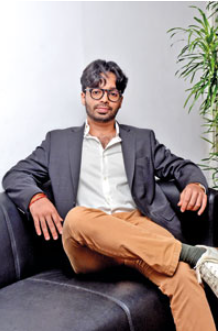 Raveen also talked to us about some of the research projects he did, funded by generous grants from several institutions, and spoke about how a low-cost island-wide electronic medical record system he developed could greatly benefit Sri Lanka. “An electronic medical record system means people don’t have to drag around prescriptions,” he says and explains how all this new data from around the island can help in making novel discoveries about diseases and planning better preventative methods to control epidemics.

Raveen also spoke about the field of preventative healthcare that he currently researches in. He tells us that the medical field currently lags in new innovations, and major overhauls of machine technology and updates to medical software are vital today to improve individual healthcare. Raveen seeks to revolutionise a field notoriously resistant to change and says individualised and predictive healthcare is the future of medicine. “Everyone deserves to live healthily and happily,” he says and a major factor in that is the prevention of diseases.

Kariyawasam elaborates on the benefits of preventative healthcare through the age-old adage. “We all know prevention is better than cure”, and computers and software are vital to this point, he explains. He showed us how preventative healthcare can greatly reduce the cost for patients, hospitals, and the government by preventing major illnesses without having to spend exorbitant amounts on surgery and medicines. He also gave us his vision for the future of Sri Lankan Healthcare. “I want a future where people say ‘I’m flying to Sri Lanka to get treated’ instead of Singapore or America.”

Apart from his lauded academic career that touts an impressive three degrees from an Ivy League University including a Master’s degree at 22, Raveen also participates in extensive extracurriculars, including being a DJ, an editor for the University Health magazine, and Vice President of the Honors Biology society.

When asked how he managed to find the time for all this, he says he cuts off what he finds unnecessary and focuses on what brings him the most joy. He says he doesn’t believe in making sacrifices of one’s time to work instead of enjoying life and says a to-do list and well-planned calendar can help conserve time and energy, which he considers valuable resources. “We work to live, not live to work,” says Raveen, and emphasises that he doesn’t study all day, enjoying events and restaurants with friends as much as possible as well.

Raveen’s considerable skills in the arts beg the question if he would have pursued a career in the creative arts if not for science. Raveen cheerfully tells us it’s very much possible considering he comes from a very artistic family, where both his parents are well-renowned architects, and was brought up to embrace his artistic side. But he says he thinks of science and engineering as a form of art as well, since it ultimately comes down to creating something unique, for the betterment of society. 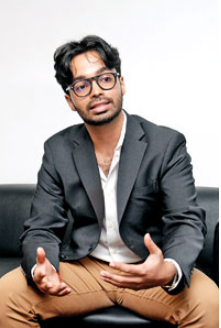 When asked how he celebrates Sri Lankan Culture abroad, he divulges that it is especially through food, and tells us his Parripu curry is admired by people from all over the globe. He also seeks to show his Sri Lankan hospitality by frequently giving gifts from Sri Lanka, including Ceylon Tea, which he says wins over every person he has brought it to.

Finally, when questioned about his future, Raveen tells that he plans on bringing pride to his motherland, and ensuring Sri Lanka gets its shares worth of the innovation and research he does. He tells aspiring innovators and thinkers in Sri Lanka to find their unique passion because he believes what drives people to hard work is often more important than naturally-gifted talent. Raveen is planning to pursue a DPhil in Engineering Science at the University of Oxford.