There are two senses in which one “becomes” a book collector. The first is that of a hoarder, an undiscriminating bibliomaniac who empties shelf after shelf before the dust begins to settle. He indulges in a very few literary tastes, yet craves for more titles to add to his collection; as his library picks up in weight and the books overflow, he turns his other rooms into libraries.

Not for one moment does he consider why he hoards much, while reading little. Perhaps, in some strange way, he gets his cue from Anatole France; when an admirer pored over his collection and asked whether he read all that he owned, the latter replied rather irately, “Not one-tenth of them”, adding, “I don’t suppose you use your Sèvres china every day?”

The second is that of a reader, a discriminating bibliophile whose interests spread so far and wide that his library keeps on growing. To such a collector, the pleasures of discovering old titles tend to exceed his interest in latest editions. Perhaps the most delightful among such pleasures would be the prospect of bending over unpacked crates, and glancing through dusty shelves, at second hand stores. There’s no method to selection, no prior appointment possible: one goes through the catalogue, live, in the moment, and one selects what one sees; because of this, those who collect for the love of reading frequent bargain sales more than they do book fairs.

At least since the 15th century, book fairs have been gathering points for various pastimes, and not just reading; the Frankfurt Book Fair, for instance, included in this period such diversions as musical contests, roper dancers, side shows, gambling, and prostitution. Second-hand stores, on the other hand, leave little room for anything else: one comes to buy, and goes through the entire itinerary before making up one’s mind. There’s no time for prattle.

Let me extend this argument further: there are writers who, while collecting books, caution readers not to collect books. Friedrich Nietzsche is a case in point here: the man who wrote Thus Spake Zarathustra tells us in Ecce Homo that “to read a book – I call it vicious!” and adds that his eyes (for he was going blind) “put an end to all bookwormishness.” Not that it put an end to his own reading habits: we know from sources that, in the last four years of his life, he bought more than a hundred books, “about one every two weeks.” What he despised, however, wasn’t so much the idea of reading as the idea of collecting for its own sake: “[t]he scholar who really does nothing but ‘trundle’ books… finally loses altogether the ability to think for himself.”

We need not, of course, take Nietzsche’s word for it. Yet beneath these vituperative utterances, we can sense an iconoclastic intellect rebelling against the passion for trundling that epitomised the times he lived through. For, as Jürgen Osterhammel observes in his sweeping overview of the 19th century (The Transformation of the World), in the two preceding centuries libraries “made the first great advances” in Europe. These “treasuries of memory” gathered knowledge from all over, contributing to the spread of interest in the East.

At a lower level, municipal libraries were turned into public institutions, their bills footed by the taxpayer. Linked to academic institutions, they bolstered a thriving trade in books: according to Osterhammel, they also “served a public eager for education and were a mark of civic pride.” Little wonder that the idea of civic nationalism developed rapidly in these years. 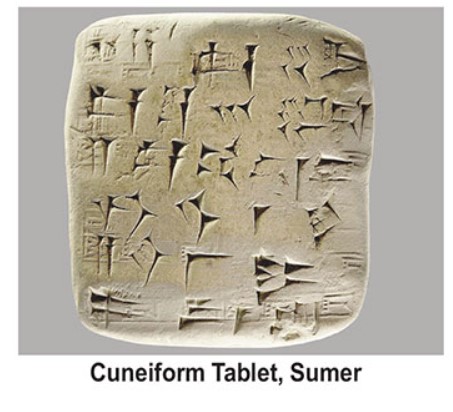 While libraries in the East precede by centuries those of the West, it was in Europe that their role as a public educational space and an instrument of learning took root. What that contributed to was an almost obsessive passion for collecting. In 1809, the Reverend Thomas Dibdin breathed new life to an old term to describe this trend: “bibliomania”, literally book madness.

It would be wrong to view bibliomania as a trend exclusive to the 19th century, though. As can be inferred from Dibdin’s polemic, bibliomania did, admittedly, peak during his time. Yet it also continued a process that had been set in motion about 50 years earlier. What the 19th century did to the book market was to turn it from its old, feudal fetters into a market proper, dominated by monetary exchange and exchange relations. Moreover, as with wine, books age well. This led to a trade in literary antiquities; a book sold eight years after its first printing, for instance, fetched more than £15 in 1840 – around £1,565, or three and a half Sri Lankan lakhs, today.

Dibdin didn’t so much deplore these trends as he did the passions to which they gave license: passions he himself did not shy away from, as he makes it clear in his polemic.

The first private collection in the world may have been the cuneiform tablets and text collections of Ancient Sumer. These did not, of course, survive the passing of the years: built from clay and piled on wooden shelves, they collapsed and rotted away in the event of fire, flood, or invasion. Except for the few that survived, we don’t know what they contained; hardly a testament to the cataloguing abilities of the Sumerians, who, we are told, collected texts and archives “in willow baskets, leather sacks, or wooden boxes indexed with labels.”

Hammurabi may very well have been the first book hoarder in history: during his reign, said to have begun in 1792 BC, he raided neighbouring city-states in search of inscriptions and text collections. The other comparable figure we have after him would be Ashurbanipal, Senacherib’s son-in-law; crowned in 669 BC, he sent scribes to every corner to collect material for what the French historian Lucien Polastron calls “one of the largest libraries ever gathered.” That writing remained an ineffable art to the people of his time is made clear by the words he committed to one of his tablets: “I have solved the old mystery of division and multiplication… I have read the elegant texts of Sumer and the obscure words of the Akkadians.” Whatever his faults might have been, Ashurbanipal certainly seems to have valued the art of trundling books. 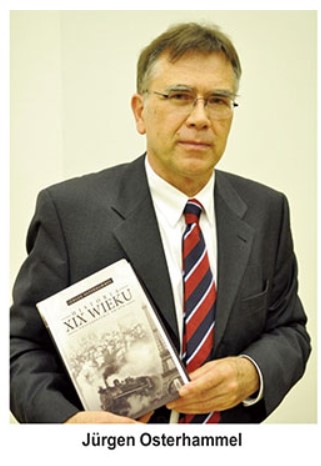 The concept of libraries meant a great deal to the earliest civilisations. Religious texts did not necessarily view book learning negatively, as Polastron points out; for instance, the Talmud says explicitly that “there was a vast library before the creation of the world”, the Quran that “such a library does exist and will continue to exist for all eternity”, and, closer to home, the Vedas that it existed “before the Creator created himself.” Book knowledge was of course hardly open or for that matter democratised in the early days. In Europe, for instance, literacy remained for a long time the preserve of a Latin speaking clergy. What Guttenberg’s revolution did was to spread the reading habit beyond the church, giving a voice to other linguistic communities.

In other words, bookshops, book fairs, and libraries divided as much as they unified: by making alphabets and scripts available in print to those who wrote and thought in them, they diffused knowledge of languages beyond borders, unifying communities across different countries on the one hand and dividing them in the same countries on the other, on linguistic lines. By the 19th century, consequently, print had become “nationalised” everywhere.

Libraries became a part of Western civilisation through the Renaissance, but this is not to say it democratised book learning or made such learning more accessible. What should be noted here is how reading empowered revolution, and reform, on all sides: as Peter Burke observes in his fine study Popular Culture in Early Modern Europe, when Protestant reformists began to win their wars of faith through the written word against the Catholic Church, the latter picked a leaf from their book and embarked on its own literary revolution, promoting literacy in the fight against the heathens and the heretics. This at first cut the Catholic hierarchy from European popular culture, leading it to rationalise its practices to a certain degree (including witch burnings, a practice that ended in France when magistrates stopped taking accusations in 1640), and giving it an impetus to launch its own Counter-Reformation in the 17th century. 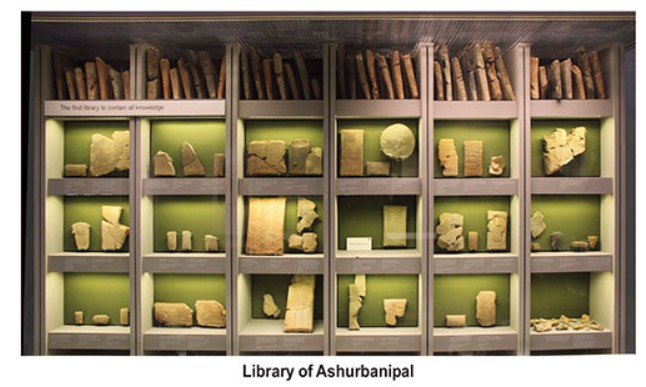 In the European colonies of Asia and Africa, this process was amplified at another level. When colonial officials began to concentrate on education reforms in the late 19th century, mainly if not only on account of insurrectionist liberation movements propping up in such societies, they felt that the expansion of literacy ought to involve the establishment of libraries, across city and village. This was prima facie a benign endeavour on the part of such officials, but it was linked intricately to the colonial project: at best, it was a case of imperial paternalism, a case of colonial authorities considering it their duty to educate and “enlighten” their subjects.

That explains why they framed the setting up of libraries as a response to what they considered to be inferior reading habits among the native population. Hence in Dutch Indonesia, officials set up a commission called “Balai Pustaka” in 1917 to remove natives from a “wild stew of [local] literature”, which had promoted such “negative tendencies” as “nationalism” and “ethnic pride”, to reading habits more in line with the colonial project.

Incredibly, and ironically, nationalists hardly, if at all, objected to this state of affairs. If they did not condone the colonial government’s efforts at curbing illiteracy via a network of vernacular schools and rural libraries, they seized the moment and came up with their own initiatives. In this they shared colonial prejudices against cultural practices considered “backward” and “negative.” This did not mean they agreed on how those habits should be combated, but it did put them in the same league as far as the need to get rid of such practices was concerned.

Partha Chatterjee has written on the pitfalls of viewing the colonial project as a “modernising” enterprise, and of associating modernisation with Western education and thought. For me, this debate begins as much with the education system established by colonisers as it does with their efforts at spreading the written word in colonial society: through not just schools and colleges, but also, more pivotally perhaps, libraries and reading rooms.

From Hammurabi to Nietzsche, from manuscripts to Balai Pustaka, book-collecting has linked itself to social processes, be it empire-building in Ancient Sumer or empire-validation in Dutch Indonesia. This represents an exciting field of study for the anthropologist and the historian – a field that remains an open grey area, even today.