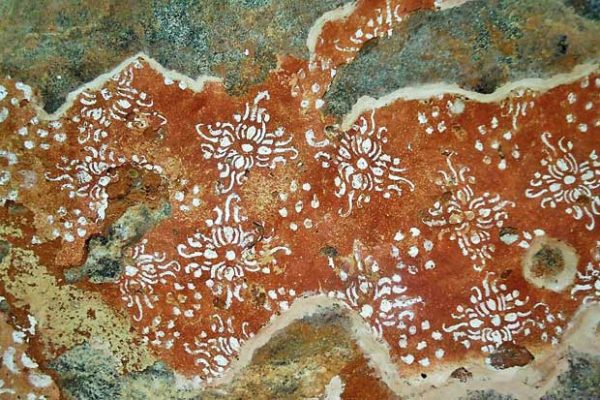 Located approximately 45 kilometers from *Monaragala in close proximity to *Lahugala and *Yala National Parks, Mailla (also known as Miyella) in Kotiyagala, (the area is famous for wild elephants and bears), the ancient Temple can be accessed through an arduous journey of six kilometers in a jungle area. The location is well-known for the Mailla cave.

According to sources, this site had been discovered by a group of surveyors in 1966. In 1967, an Italian Archaeologist who arrived in Sri Lanka to restore *Sigiriya Frescoes had visited these caves and restored some murals. Yet, there is no evidence of any local authority intervening in to restore these cave murals, according to locals.

Encompassing an area of several hectares from the slopes of Mailla Mountain, there are several caves in the locality including drip ledge caves, a reclining Buddha Statue 27 feet (approximately 8.2 meters) made of brick and clay damaged by treasure hunters. Later, the vandalized statue had been retouched.

According to scholars, the cave murals date to historic as well as pre-historic era and the murals are in a state of destruction and are perishing due to lack of maintenance as well as constant exposure to elements. 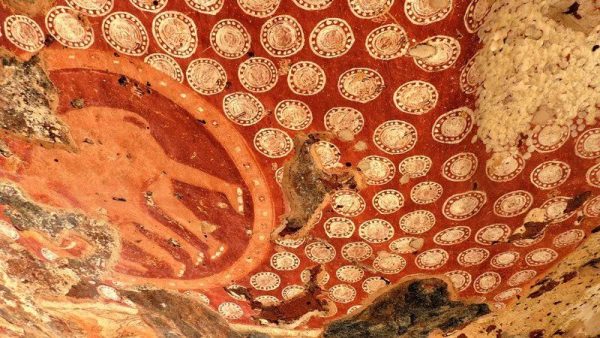 Archaeologists consider the cave murals as dating to pre-historic era, whereas the ancient temple dates to *Kandyan era.

According to historical records, the cave shrine has evolved into a Buddhist hermitage between 4th and 5th Century.

There are also drawings on the rock walls believed to have been drawn by *Veddas. There are also several images of damsels with flower motifs painted on the rock ceiling. There are exquisite floral designs among the paintings, although different, yet similar to Sigiriya frescoes. The maidens are painted mostly in red and provide a stark contrast to the white background. Among the paintings, there are also several paintings of elephants with one engaged in water sports, another carrying a lotus in its trunk and the third on the verge of escaping from the scene. Archeologists are of the view that one of the murals depicting a human figure mounted on a mammal similar to an elephant may be attributed as belonging to the pre-historic era, yet it is difficult to arrive at a date or period due to lack of historical records.

Entrance to Mailla cave complex is through the main cave and the main entrance leads to a cluster of caves. According to scholars, some caves in the Cave Complex have been occupied by ascetic monks in the past. The drip ledge caves as well as the Buddha Statue indicate that there had been a Buddhist Temple in the area, a concept confirmed by archaeologists.

According to historians, Mailla cave is one of the ancient art repositories in Sri Lanka, offering a glimpse of aesthetic creativity of a bygone era.

There had also been a stupa (dagoba) enshrined with relics on the rock boulder which had been destroyed. At present, there is a flat heap of rubble overgrown with weed.

During the past few decades, due to deforestation and *chena cultivation, the forest has been cleared and the caves have been exposed to extreme weather conditions. As a result, priceless artefacts including paintings and clay statues have been destroyed.

According to archaeological authorities, the ancient temple, cave murals and its environs have not received any attention from relevant authorities… 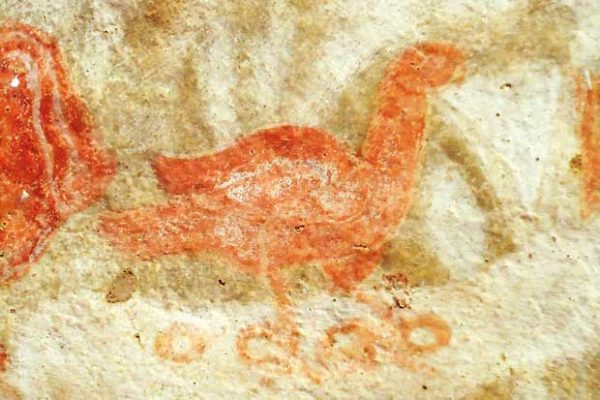