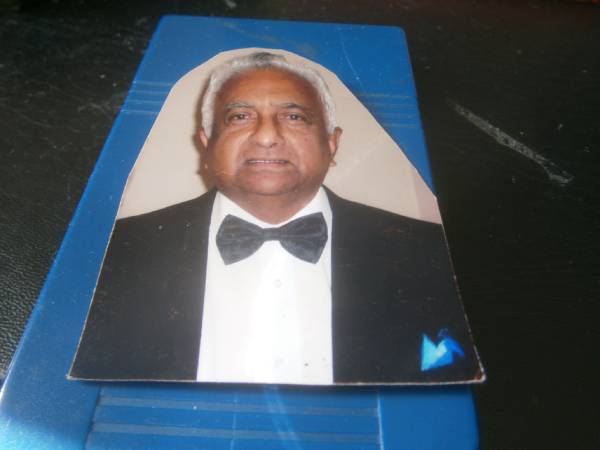 The Colombo Port City Bill was passed in The Sri Lanka Parliament on the 20th of May 2021  with all the amendments as required by the Supreme Court of Sri Lanka and therefore the first hurdle has been cleared for it to go ahead. The Colombo Port City (CPC) is the second Gambit of China’s BRI (Belt and Road Initiative) to expand its Economic Horizons into Asia, Middle East, Africa and East-Europe., and so far so good. The BRI is the Brain Child of China’s President Xi Jinping a rising Star of exceptional calibre, not seen before in  the Asia Pacific Region.  The BRI Concept of President Xi was initially spoken by him in the Caspian region in 2013 and subsequently in Indonesia and then in early 2014 when our Foreign Minister  went to China to obtain its support for the UNCHR Resolution that was coming up in Geneva late March 2014   President Xi requested our support for China’s BRI and this was conveyed to our President at that time Mahinda Rajapakse an Alumni of Thurstan College, Colombo  who took it up with both hands having put much required Economic and Social infrastructure in place after the end of the long debacle with LTTE in May 2009.

The  China Seas have been a major impediment to all Major Economic Powerhouses like Japan and South Korea and without any doubt also to Mainland China. The China Seas provides  a very busy Maritime Highway in the Asia Pacific Region  with criss-crossing lanes serving the Logistic needs of so many countries and even after the rise of China to the status of a Manufacturing Power House of the World, the United Nations Convention for the Law of the Sea (UNCLOS) did not think it necessary to address the concerns of China  even with a “Code of Conduct” to be followed which could have cushioned the assertiveness of China to a lesser degree as perceived today by the West. Looking at the Big Picture of the Asian Century that is looking more opaque Post Covid-19,  is that China is emerging as the Superpower of the Asia Pacific having pitched its first Gambit in the Hambantota Port of Sri Lanka., and its second Chessboard Move the Port City in Colombo. The third Move  in all probability could be the “ Game Changer”  for the IOR making appropriate use of all the 6 Ports of Sri Lanka(KKS, Trinco,Oruvil,Hambantota, Galle and Colombo).

As President of China Xi Jinping sees the New World Order unfolding with its BRI,  both Hong Kong and Singapore would not be playing a major roles in it. Hong Kong is Logistically not in Xi’s  New Maritime Silk Route(NMSR),  and Singapore its most irritant  ‘Chokepoint’ controlled by the US Pacific Command / UK South East Asia Command dominating the Straits of Malacca. Singapore which is singularly Pro-West  even accommodates a US Military Base that moved there from the Subic Bay of the Philippines. Xi Jinping envisages that  the CPC will eventually replace HK as a  ‘Financial Centre’  and also become a “ Commercial Centre”  for South Asia what Singapore is presently for South East Asia. Singapore was in fact upbeat when  Colombo was to become a ‘Majestic City’ during the Heyday of the “Yahapalanaya Era” between 2015-20. With China now ‘Ruling the Waves’ of the International Sea Lane in the IOR which is exactly similar to what Britain did after the Capture of Ceylon (1815) . Ceylon was the Jewel  of the British Empire that PM Winston Churchill thought most vital to it during WW2 and even proved to be the turning points of the Japanese Navy.  With an Uncertain World of today with Climate Change dominating World Affairs no ‘Crystal Ball’ could see beyond 2060 and that goes even in CHINA with its Zero Emissions Target. The Big Task now is to get the Commission in place to implement the CPC Bill and therefore its Foundations have to be Solid.  The success of Singapore as a Commercial Hub was quintessentially  due the efforts of the poor Londoner Sir Stamford Raffles who secured the island of Singapore in 1819 for his employer the EAST INDIA COMPANY with an independent Vision to drive it as the Entrepot between India and China.  In November 2013  attending the Commonwealth Business Forum as an Australian Delegate and participating in the last meeting of the 3 day programme which was  titled “Strengthening National Economies through Global Business and Trade” and Chaired by Razik Zarook, Chairman of the BOC with 3 other panellists, one of which was the Trade Envoy of the British PM  and today he is the driving force of the Business Avatar, the Commonwealth Enterprise and Investment Council (CWEIC) an IDEAL  fit for the Colombo Port City. In my  opinion the ‘Temasek Model’ seems fine but let us  not forget that it has the CASH COW (providing Refined Crude oil on a grand scale for the Region) feeding it and Singapore today has Total RESERVES of at least US$ One TRILLION., and also a Brilliant Tamil Sri Lankan (whom I met in Melb. at a BIO Seminar in 2002 as its Chairman) also with them.  All the best Sri Lankan enterprises such as the JV’s of SL Airways with Emirates, Telecom/Mobitel of Telstra and the P & O Gateway Container Terminal with John Keells were  all from Australia and who was  the Back-Room Operator in all three is an Unknown to date?

The  “Relics of the Orient” which is the ‘Alms Bowl’ carried by the ascetic Gautama BUDDHA which was Gifted to China by us when they were ruled by a Mongolian King in the  13th Century and today in the 21st Century the Colombo Port City could be considered a Serendipitous Moment  for both Sri Lanka and China, to experience a shared Economic destiny of  the Port City till the lease expires like what HK did with Britain up to 1997.

May the Triple Gem Bless my moribund Motherland Lanka..

Delegate to the Commonwealth Sri Lanka Roundtable held at the Central Bank Auditorium of SL in 2006.