The Bone Sparrow will open at York Theatre Royal from 25 February -5 March 2022 and will then tour. 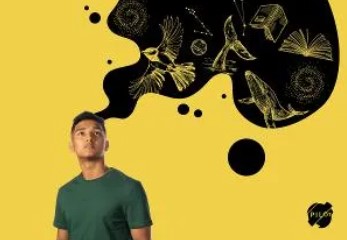 Following their critically acclaimed productions of Noughts & Crosses and Crongton Knights, Pilot Theatre, in co-production with York Theatre, will next year stage the world premiere of award-winning Australian playwright S. Shakthidharan’s adaptation of The Bone Sparrow, Zana Fraillon’s beautiful, vivid, and deeply moving story about a Rohingya refugee boy who has spent his entire life living in a detention centre in Australia.

Subhi is a refugee. Born in an Australian permanent detention centre after his mother fled the violence of a distant homeland, life behind the fences is all he has ever known. But as he grows, his imagination gets bigger too, until it is bursting at the limits of his world.

One night, Jimmie, a scruffy, impatient girl appears from the other side of the wires, and brings a notebook written by the mother she lost. Unable to read it, she relies on Subhi to unravel her own family’s mysterious and moving history.

Subhi and Jimmie might both find a way to freedom, as their tales unfold. But not until each of them has been braver than ever before.

Australian novelist Zana Fraillon is an internationally acclaimed multi-award-winning author of books for Children and young-adults. Zana Fraillon’s work has been published in fifteen countries and is in development for both screen and stage. The Bone Sparrow won the ABIA Book of the Year for Older Children, the Readings Young Adult Book Prize, and the Amnesty CILIP Honour. The book was also shortlisted for the Prime Minister’s Literary Awards and the Queensland Literary Awards in Australia, the Guardian Children’s Fiction Prize, the Gold Inky and the CILIP Carnegie Medal. Her other novels include The Lost Soul Atlas (2020), which won the 2020 Aurealis Award for Best Children’s Fiction and was shortlisted for the 2021 Children’s Book Council Award for Book of the Year.

“So often we are beaten down by the world. We reshape ourselves to fit into it. Subhi’s story is different. In The Bone Sparrow this imaginative young boy discovers within himself a strength that will change the world around him. It is a classic coming of age story: and yet, so much more. The Bone Sparrow is by turns a wondrous tale of epic, mythical adventure; a realistic appraisal of what it means to grow up without freedom; and a vision of renewed solidarity across our supposed divisions. I have had a great deal of fun collaborating with Pilot to develop a grand theatricality for this work and deepen its relationship with the Rohingya community. I hope audiences are as delighted and moved by this story as we were in the process of adapting it.”

“The Bone Sparrow by Zana Fraillon captured my imagination instantly and moved me in a way few books have before or since. It has been nothing but a privilege to shape this international theatre project with Pilot, which seeks, not only to set this sublimely imaginative, moving, and urgent tale free, but to raise awareness, most especially in young people, about the current situation with child detention, and the plight of the Rohingya. Pilot always take on projects that aim to open the power, possibility, and complexity of the world for audiences. We seek to activate critical thinking as well as compassion and I can’t imagine a more timely or theatrically prescient project than this for our audiences as we return to mid-scale touring.”

The Bone Sparrow will be the third co-production between Pilot Theatre, Derby Theatre, Belgrade Theatre Coventry, Mercury Theatre Colchester, and York Theatre Royal who formed a new partnership to develop theatre for younger audiences. From 2019-2022 the consortium will commission and co-produce an original mid-scale production each year. Each production will play in all the consortium venues as well as touring nationally. Schools’ workshops and outreach projects, along with free digital learning resources, will be available alongside each of the productions. The consortium’s previous productions were Crongton Knights and Noughts & Crosses, for which Pilot Theatre won Excellence in Touring at the 2019 UK Theatre Awards.

The production has also been developed in association with ATYP (Australian Theatre for Young People) and with the support of Bradford’s SBC Theatre, a group of creative professionals and artists who are committed to making work with, about and for those seeking sanctuary in the UK and internationally.

The production will be designed by Miriam Nabarro (I Told My Mum I was Going on a RE trip, 20 Stories High/Contact Theatre) and feature music composed by British-Asian clarinettist Arun Ghosh (Noughts and Crosses, Pilot Theatre). The cast will be announced later this year.

For more information on The Bone Sparrow visit https://www.pilot-theatre.com/present-work/the-bone-sparrow