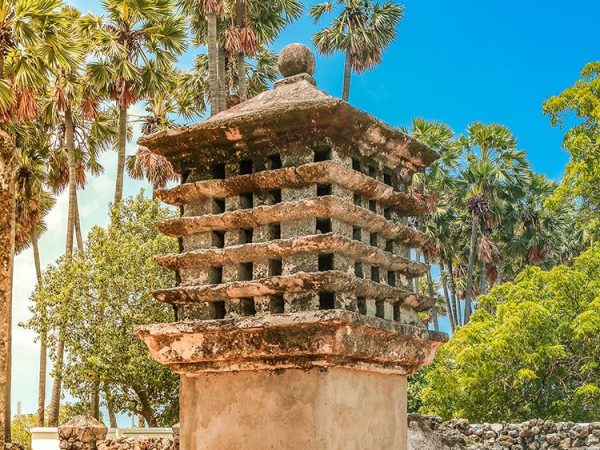 Located on the adjoining land of Delft Divisional Secretariat, the unique Pigeons Nest (Dovecote) is a historic landmark in *Delft Island. Considered as a special creation by the Dutch Colonials during the 17th – 18th centuries A.D., the Dutch had used *homing pigeons as an expedient to send messages between the adjoining islands, ships and the mainland.

According to historical sources, during the Dutch Colonial Era, the Dutch who lived in Delft Island and surrounding islands have constructed the Pigeons Nest for the arrival, exit as well as for resting purposes of homing messenger pigeons. It is a one hour’s boat ride from Delft Island to the mainland. Hence, the pigeons had to fly over the Indian Ocean for over an hour to reach the mainland.

The square-shaped nest is constructed with limestone commonly found in Delft Island. Constructed on a square base with a side approximately 1.65 meters long, this nest has holes on all four sides with 15 per side. The four corners of the nest too have five cavities with total cavities in the nest to 80. The height of this nest is approximately four meters. It is well preserved.

The dove cage and the associated ruins were declared as an archaeologically protected monument by a government gazette notification on December 30, 2011. 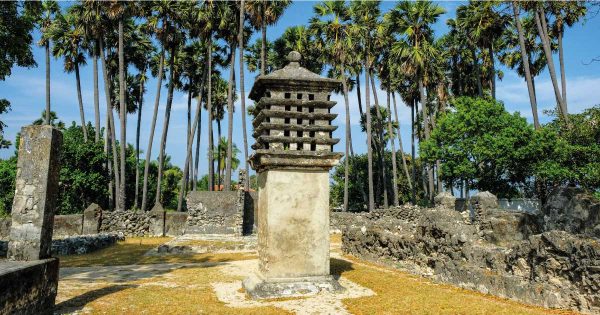