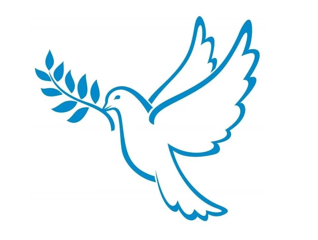 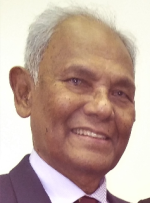 For well-nigh 2 and a half years or so, we have reeled under the shroud of the Pall of Gloom; with the Pandemic affecting our very lives and in some instances causing us such sorrow and grief in the demise of family members, friends and other fellow beings; not to mention those afflicted. So drastic and heart rending was the inability to pay our last respect to the deceased; and convey our sincere and personal condolences to the families; nor visit those who were afflicted. So close, but yet so far is what comes to mind.

In addition our very freedom of movement has been drastically restricted and infringed; and the way of normal life has been affected. No more could we visit our own kith & kin; and that goes for friends too. Place of entertainment; recreation and dining-in facilities are almost or were almost placed out of bounds. However, how we envied Mother Nature’s small animals and the birds who frolicked in front of our eyes; as if to thumb their nose at the humans and convey the message of “Born Free; Live Free”.

Seeking a diversion from this dreaded disease we did seek some comfort from the media. But lo & behold it only aggravated our mind set with the oft broadcast stories of gloom that did in no way alleviate the already persistent worries and sadness of the plight we were going through in our lives.

In this Universal Pandemic situation it was sad to see that at the high seat of Governance of the land; the opposition asking the incumbent “Why” and looking for shortfalls in the combatting of the malady. Instead it would have been a relief if they openly said “How” can we get “Together” and combat this scourge. After all they are the servants of the Public; being paid by the tax-payers coffer, to look after the well-being of citizens that come under their jurisdiction in this great Country of ours. How nice it would be if they cooperated with each other and worked towards the goal that benefits the Land and its’ peoples; instead of the internecine bickering amongst themselves.

Well! One can only surmise that we are at the end of the gauntlet of this scourge; as we see the silver lining on the cloud. But hold on to your seat; as we now see another dark cloud that is in the guise of the Pall of Doom being surreptitiously cast upon us. Yes! It is the very dreaded clarion of war that one hears in the distant horizon. 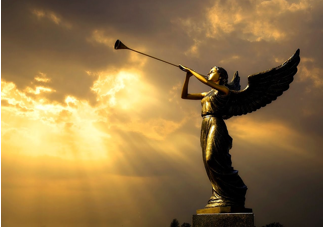 As two of the “ideologically” opposed belligerent Nations lock horns at the border of one those Nations, they are joined by other smaller Nations who have jumped into the fray. Right or wrong rides heavily on the back of those innocent human beings that live in the land of conflict; as only they know what human suffering is; and what it is to be displaced from their Motherland.

Gone are the days when the Leaders or Royalty of a Kingdom led the troops into battle. Nowadays, they send their troops of young brave and heroic servicemen to the battle front; leaving the planning and fighting in the hands of their Lieutenants.

When the civilians are injured, maimed or killed they call it co-lateral damage. The lucky get a decent burial and the not so lucky end up in mass burials and unmarked graves. The servicemen very deservedly get entombed with Military Honours and accolades; with those missing in action being commemorated with a “Tomb to the Unknown Soldier”. Whichever way it is; it is human beings that are being sacrificed for Ideological reasons – is what it is. You wonder where the teaching of “The Milk of Human Kindness”; “Peace on Earth”; and “Goodwill among People” have been “Blown Away” in these fiascos.

I guess that the Pharmaceuticals have made hay while the sun shone; and now the baton has been taken over by the Arms Trade “Blowing-up” their stake to higher limits. All at the expense of the poor populace wherever they be. Our prayers should surely go out to these poor non-combatant folks who have lost all their valued possessions materialistic as well as spiritually and mentally. All these sacrifices are for what; is the question one must ask one’s self. Why one must suffer to satisfy the greed of the power-hungry is the other question. But the decision in the matter lies squarely in the hands of the populace. For no matter what our own opinions are, living near or very far away from where the action is; which of course, is easy to make, seated in front of the fireplace with a shot of brandy in the hand and a lit cigar dangling at the end of the lips. Reminding of an old saying – “Easier said, than done”.  To the armchair critics one can only say: “It is folly to be wise, when ignorance is bliss”.

It would be most incumbent to state that some of the belligerents have a huge arsenal of “Nuclear Weapons” at their disposal; and God forbid they use them in this encounter. For no matter where you are there will always be the Nuclear Fallout that one will have to contend with. Just think back for yourself and fathom out if this devastating happening (if it should occur) has been addressed by your Governing Authorities. Are we prepared for such an eventuality? As far as I know there has been no emergency and/or preventative preparation/measures made on this all important aspect among the populace. In the Military of course the teaching is “Preparedness is the yardstick of any war”. Perhaps this is so for the Armed Services. But how about the non-combatant citizen. Is it a case of “wait till you come to the water to cross it”? Dear learned Readers “time & tide waits for no man” is what was taught us when we were young; and I implore you to think deep and think wise when you make a decision that may/will rue the day and perhaps take your soul away. Please don’t take this as “fear mongering; but as some food for thought in your decision making.

We can only look up at the high heavens and pray to the Good Lord/Gods that saner counsel will prevail and this conflict just fade away into the sunset; only to be remembered as part of long lost Human History; with hopes that such occurrences will never raise its’ ugly head again.

All in all; I am just reminded of the “4 Horsemen of the Apocalypse” depicting: Conquest; War; Famine & Death – wonder if this is becoming a reality?