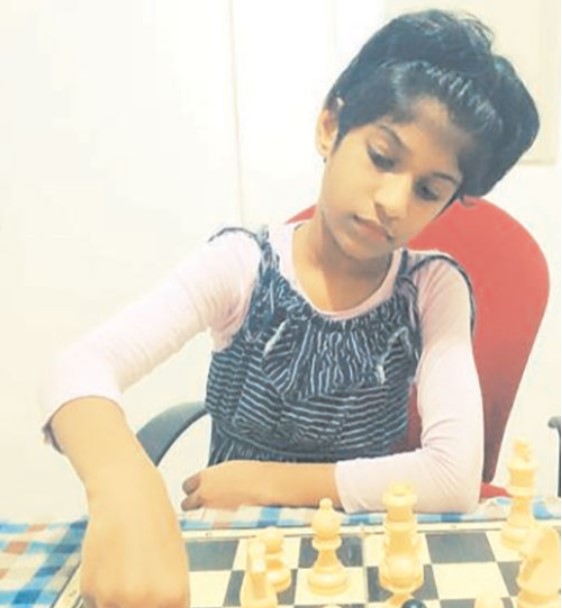 Nine-year-old Oshini Devindya Gunawardena, a student of Ferguson High School, Ratnapura reached the finals of the FIDE Online Youth Chess World Cup after a nail biting finish at her tie breaking Armageddon game. Oshini played very strong chess in her first game of the semi-finals with Russian Diana and won the game convincingly by sacrificing her queen to get the check-mate. Starting the game with two knights defense she sacrificed a pawn at the opening for center play but white managed to settle the position with an extra pawn after exchanging three minor pieces. But, strong Oshini found the mate with a Rook and a Bishop by sacrificing the Queen in time troubled situation with her Russian opponent.

In the 2nd game which was played in the Ruylopez opening she missed a move in the opening which resulted her losing a minor piece. But, with her active play she managed to get the Bishop back. Still she was less in pawns and lost the endgame.

Having black pieces at the tie break game, she outplayed her opponent totally to earn the birth for the World Championship Final Match today.