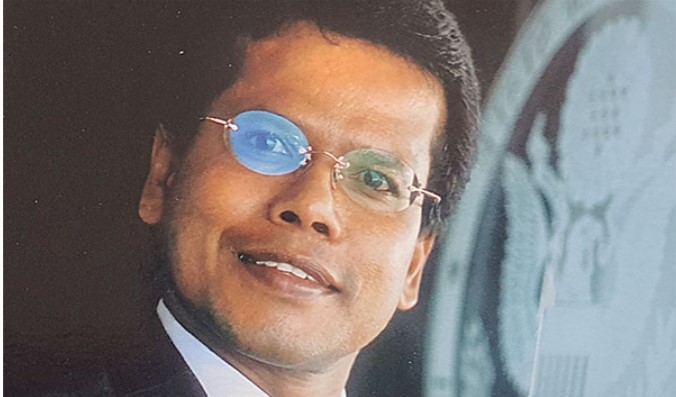 Prof. Patrick Mendis, a multidisciplinary scholar and award-winning diplomat, has represented both the governments of Sri Lanka and the United States in the United Nations system (Photo—courtesy of the University of Minnesota).

Who is the J’pura alumnus and American diplomat behind our scholarships?

It was for the first time at the University of Sri Jayewardenepura’s history that a single graduate of our Faculty of Management Studies and Commerce was awarded both the Dr. Patrick Mendis Prize and the Venerable Dr. Walpola Rahula Prize at the convocation ceremony.

That was one of our most outstanding students in the Department of Finance: Uwin Ariyaratna. He was recognised with the Dr. Mendis Prize for having the best performance in academic excellence and extra-curricular leadership at the university. He also received the Venerable Dr. Walpola Rahula Prize for having the highest average score obtained among 1200 plus students in all 12 departments of our faculty.

While serving as a lecturer at the University of Peradeniya, this high-achieving scholar is currently pursuing his MSc degree in applied finance in my department.

In most cases, these prizes and scholarships are often endowed in memory of well-known leaders, intellectuals, and diplomats. Neither Uwin Ariyaratna nor earlier recipients since 1994 have ever realised that Dr. Patrick Mendis is still living in the United States.

Yet, virtually everyone knew that the late Venerable Dr. Walpola Rahula was a legendary Buddhist scholar and the first Theravada monk to hold the American chair of Buddhist studies at the Northwestern University in Chicago. Internationally renowned for his highly influential book, What the Buddha Taught (1959), the venerable monk, who attended the London and Sorbonne-Paris universities, later served as an illustrious vice chancellor of the University of Sri Jayewardenepura, and promoted management education in Sri Lanka.

Thanks to the legacy of the venerable Vice Chancellor, Prof. Mendis earned his BSc (first-class honours) degree in business administration and economics from our Management Faculty in 1983. He is an author of over 200 articles and more than 10 books, most recently, Peaceful War: How the Chinese Dream and the American Destiny Create a New Pacific World Order. The first recipient of the International Confucius Award from the People’s Republic of China and the Benjamin Franklin Award from the US Department of State, Dr. Mendis is currently a distinguished visiting professor of culture and diplomacy at the Chinese Culture University as well as a distinguished visiting professor of global affairs at the National Chengchi University in Taiwan, the Republic of China.

In addition to the Mendis Prize, this Harvard and Minnesota educated Sri Lankan scholar set up the Edward Burdick Legislative Award at the University of Minnesota and the Millennials Award for Outstanding Leadership at Harvard University.

Prof. Mendis was born in Polonnaruwa, a UNESCO World Heritage Site and the medieval capital of Sri Lanka. The first student to receive the UNESCO Award in 1976, the professor was later invited to give the public UNESCO lecture on the “Ancient China-Sri Lanka Buddhist Discourse and the Colombo Lotus Tower” at the Polonnaruwa Museum in 2018. At that time, Prof. Mendis served as an American commissioner to the United States National Commission for UNESCO at the US Department of State in Washington. He was twice appointed as UNESCO commissioner by US Secretaries Hilary Clinton and John Kerry during the Obama administration. His government service ended when the Trump White House withdrew from the UN agency in Paris.

His childhood interests in UN and international affairs led him to represent the government of Sri Lanka as its first youth ambassador to the United Nations in 1986. He was recommended by his mentor and friend, Ambassador Karunasena Koddituwakku, then the vice chancellor of our university, who described the American diplomat as the “renaissance man of Polonnaruwa” who had a fortunate journey of serendipity from a “mud house” to the “White House” in the United States.

Recognising his wide range of scholarship and leadership activities at the University of Sri Jayewardenepura and the University of Minnesota, the UN Secretariat in New York honoured him with the UN Medal for the International Year of the Youth (IYY). During its 10th anniversary in 1996, Prof. Mendis was invited to chair the UN World Conference on the IYY in New York.

After becoming a naturalised US citizen, he served as a military professor in the NATO and the Pacific Commands of the Pentagon as well as an American diplomat during the Clinton, Bush, Obama, and Trump administrations. Beside his senior executive service experience in the US government, he also served on the staff of the late Honourable Edward Burdick of the Minnesota House of Representatives in St. Paul and Senator Rudy Boschwitz of the US Senate Foreign Relations Committee during the Reagan administration.

When I chaired 14th annual International Conference on Business Management (ICBM) of the University of Sri Jayewardenepura, I invited Prof. Mendis as the honoured chief guest to deliver a speech on “Managing Interface: China-US relations and Sri Lanka” in Colombo. He was then a distinguished visiting professor of Sino-American relations at Peking University in China while serving as a Rajawali senior fellow at Harvard University.

It was a proud occasion for all of us whose alma mater is Sri Jayewardenepura. Many corporate leaders and international researchers, including Prof. Evan Lau of Malaysia, graced the ICBM symposium. At the time, our Dean Prof. Anura Kumara and Vice Chancellor Prof. Sampath Amarasinghe ( Current Chairman of the University Grants Commission) were delighted to welcome the Harvard scholar—and most importantly, our esteemed friend and colleague.

Whenever he returned to Sri Lanka, Prof. Mendis often visited his former colleagues in the corporate and government sectors as well as professors and students at Sri Jayewardenepura. Nevertheless, he was officially invited to the Management Faculty more than 20 years after he had established the eponymous annual financial award. After the 2017 International Conference, former recipients of the Mendis Prize, faculty, and students gathered to greet the globally famous alumnus who has travelled to, and worked in, more than 130 countries.

Our well-regarded friend of Sri Jayewardenepura is listed on Who’s Who in the World as well as Who’s Who in America and Who’s Who among Asian Americans. He is also an elected fellow of the World Academy of Art and Science, replacing the prominent late Prof. Cyril Ponnamperuma of the University of Maryland, where Prof. Mendis once served as a professor of international management.

While living in the United States and often travelling to China and elsewhere, Prof. Mendis has never forgotten his rural upbringing in his birthplace of Polonnaruwa. For this reason and many other contributions to higher education and international diplomacy, our celebrated alumnus is widely respected as “one of thirteen world’s famous people” born in Sri Lanka.

As I have demonstrated at the ICBM symposium, I fervently hope that one of our visionary leaders would reach out to Prof. Mendis for the benefit of developing our diplomatic tradecraft in foreign relations, corporate governance system, and post-graduate management education in our universities—or, at least inviting him as a visiting professor.

Over the years, I have observed that every “learning nation” like China, Japan, and South Korea has a vibrant character with designated programmes, such as the reversed “brain-drain” schemes. Likewise, Sri Lanka should reach out to its own illustrious citizens who live abroad for the advancement of our motherland.

*The writer is a professor of financial economics in the Faculty of Management Studies and Commerce at the University of Sri Jayewardenepura.