There is hope the Tamil family taken from their home in Biloela four years ago will return for daughter Tharnicaa’s fifth birthday in just under three weeks.

Incoming federal Treasurer Jim Chalmers wants the family to return to the central Queensland town ‘as soon as possible’ and is expecting to be briefed on the matter this week.

‘As a Queenslander born and bred, sometimes we get unnecessarily caricatured about our approach to some of these sorts of issues,’ Mr Chalmers told ABC Radio Brisbane on Monday.

‘But Biloela is a big hearted, warm, welcoming town and the sooner we can get that beautiful family home to Bilo, the better.’

Tharnicaa was just nine months old when the Murugappan family was uprooted from Biloela by authorities in March 2018 and placed in a Melbourne detention centre. 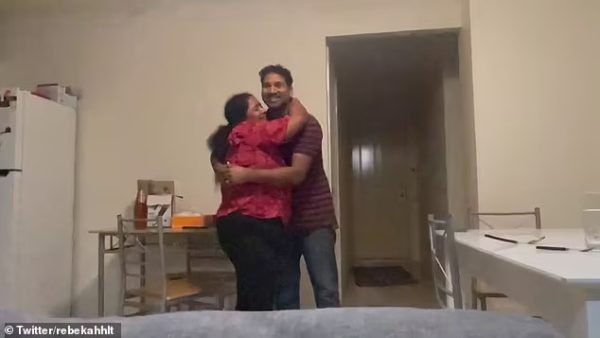 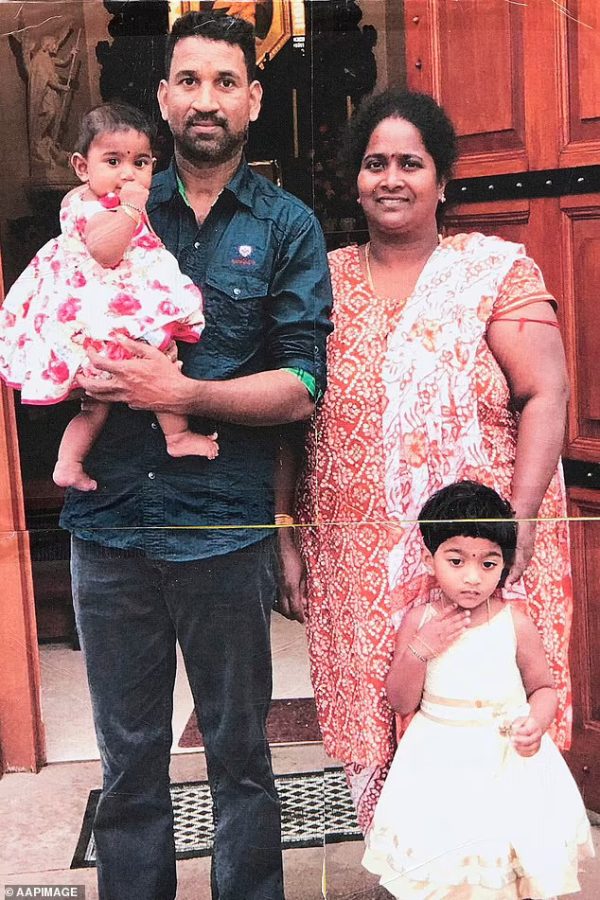 ‘She has had every birthday in detention, so it would be amazing for her fifth birthday to actually get to celebrate her freedom…a huge thing for a little five year year old,’ family friend and long-time Home to Bilo campaigner Angela Fredericks said.

Tharni’s birthday is on June 12 and Biloela will hold its annual Flourish Multicultural Festival the day before.

‘We would love Priya and Nades to open that,’ Ms Fredericks said.

Labor promised that the Murugappan family would be able to go home if they won the election, and Home to Bilo campaigners believe the issue changed votes in central Queensland.

‘We were hearing from people who have voted LNP for 50 plus years, who changed their vote this election,’ Ms Fredericks said. 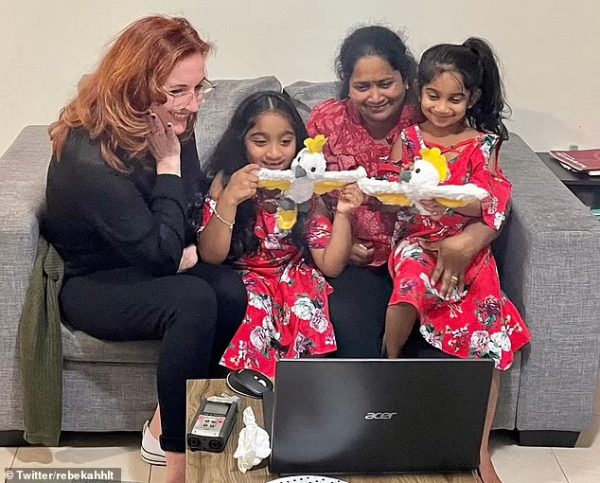 The Murugappans could return home within weeks. Pictured is Priya and her two daughters watching Labor’s election win 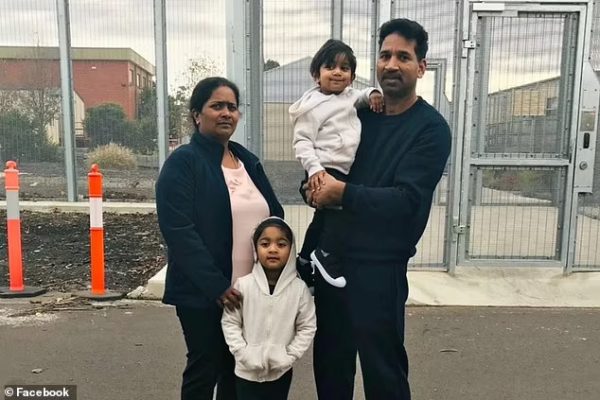 She delivered the news of a Labor victory to Priya once sure of the result late on Saturday night.

‘That immediate release of tears and then being able to actually breathe and know that this was it, it was just so beautiful to watch,’ she said.

Supporters are now waiting for a new Immigration Minister to be announced before discussing next steps.

The family, who escaped Sri Lanka by boat from a protracted ethnic conflict targeting the minority Tamils, were given temporary protection visas but uprooted from Biloela by authorities in March 2018 and placed in a Melbourne detention centre.

They were then detained on Christmas Island in August 2019 and placed in community detention in Perth after youngest daughter Tharnicaa’s medical evacuation in June 2021 with a blood infection.

Priya, Nades and seven-year-old daughter Kopika have been granted bridging visas allowing them to remain in the country but Tharnicaa is yet to be given one.

That ensured the family remained in community detention in Perth, with their 12-month visas set to expire in September. 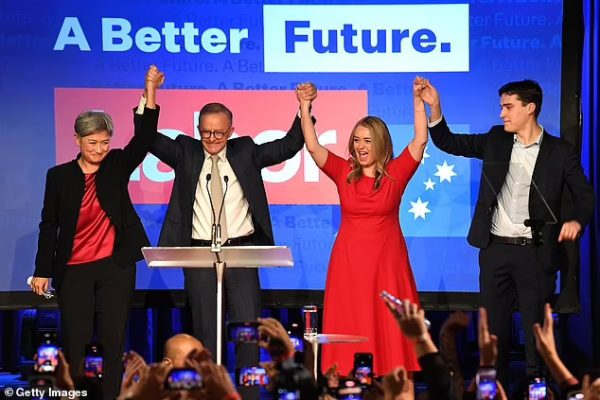