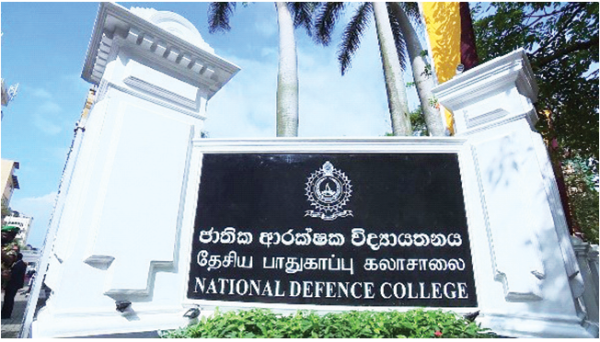 I was invited to deliver a lecture at the Diners Club of the National Defence College (NDC), the highest Defence learning establishment of Sri Lanka, by its Commandant, Major General Amal Karunasekara, highly decorated officer from the Sri Lanka Light Infantry. Our inaugural NDC course started on 14 November, 2021, and 14 senior officers from the Army, seven from the Navy, six from the Air Force and four from the Police took part in the one-year-long course.

I was very happy about the invitation, as the Chief of Defence Staff, in 2017 to 2019, I was involved in securing this mansion, known as ‘Mumtaz Mahal,’ Colombo 03 the former official residence of the Speaker of Parliament, from 1948 to 2000, until a new official residence for the Speaker was built, close to the Parliament. From year 2000, this mansion, located on a land extending up to the Marine Drive, from the Galle Road, had been neglected, and when the Defence Ministry acquired it for establishing the NDC, it was badly in need of repairs. Further, the once beautiful garden had been used as a junk yard of the Presidential Secretariet, which owns the property.

It was great an achievement by the Defence Secretary and the CDS, at that time (2016), to secure this invaluable property, in the heart of Colombo’s residential area, especially when all three services were losing their prime land, in Colombo, and moving out of Colombo, to Akuregoda, including their Headquarters.

The task of repairing the building, and to bring it back to the previous glory, was vasted upon the Navy Civil Engineering Department and they did a wonderful job, in spite of the work getting delayed, due to lack of funds. The Air Force took the responsibility of landscaping.

‘Mumtaz Mahal’ was built by Mr Mohomad Hussain, well known businessman, in 1928. He commissioned well known architect, at that time, Homi Billimoria, who designed the Colombo Town Hall. This was an Italian design house where Count de Mauny was commissioned to the design garden and furniture.

On a suggestion made by Hubert Sri Nissanka,QC ( a founding member of the Sri Lanka Freedom Party), a close friend of Mr Hussain, the mansion was named, under the name of his youngest daughter Mumtaz. History says the overseas business of Mr Hussain was badly affected, during the Great Depression, and he hired the mansion to the French government, in 1943, and the French Consul occupied it till the start of the Second World War. During War, the mansion was sold to the government and, in 1943, the Governor General of Ceylon at that time, Vice Admiral Godfrey Layton, Commander-in-Chief, occupied it as his residence, fearing that the Japanese may bomb the Governor General House, in Fort. 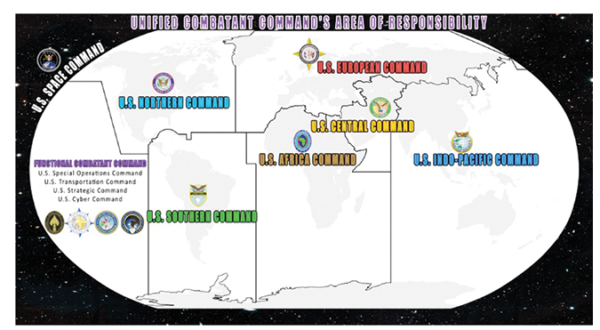 During interactions with our new President, at Security Council meetings, when he was PM and I was CDS, he mentioned some of these historical details ,and the War Cabinet, during World War Two, under Vice Admiral Layton, has met in this Mansion, in the room which is the present day auditorium.

My lecture heading was Sri Lanka and Indo-Pacific Maritime Strategies and extracts from the lecture are given below.

These words by Admiral Harris amply highlight the geopolitical importance of Sri Lanka in the Indo-Pacific region and in the global context. Former Indian National Security Adviser (NSA) and Foreign Secretary, Shiv Shankar Menon, in his book Choices, described Sri Lanka as a permanent aircraft carrier for India, in the middle of the Indian Ocean. Though this claim could politically be contentious, it transpires a geopolitical reality of the region. It is no secret that other global powers, like China and Russia, also look at Sri Lanka through a similar geopolitical lens. On the other hand, this island nation is also located amidst major sea routes in the world; just a few miles South of the Dondra head lighthouse, over 120 ships pass daily, carrying goods upon which the health of global markets depend.

In this context, it is essential for Sri Lanka to hold a pragmatic policy on strategic defence diplomacy engagements with regional and global superpowers while ensuring its sovereignty and integrity is preserved all the while respecting the national foreign policy stance of remaining non-aligned and neutral. Thus, defence diplomacy should be a considerable concern of Sri Lanka’s foreign policy.

What is Defence Diplomacy? It refers to the pursuit of foreign policy objectives through the peaceful deployment of defence resources and capabilities.

In the post-Cold War period, western defence establishments, led by the UK, created a new international security arrangement, focused on defence diplomacy. Although it originated many centuries, before the world wars, defence diplomacy is now used successfully by both the global West and the developing South to further national strategic and security interests.

Some experts note these extended engagements can be considered one of the best strategies in regional and global conflict prevention, since these interactions would enhance understanding, while diluting misconceptions between nation states.

Sri Lanka’s position at the centre of the Indian Ocean makes it an important maritime hub. The island nation’s deepwater harbours, relatively peaceful environment and the democratic governing system, have been the main attractions for many countries with strategic interests in the Indian Ocean.

Empty oil tankers sail from the East to the West to replenish, while the products from Japan, China and South Korea sail to Europe, the Gulf and Indian markets, through the major maritime routes across which Sri Lanka falls, thrusting this island nation into the heart of the global economy. But the importance of the location is not limited to economic gains; the strategic significance of Sri Lanka’s ports, due to their access to some of the key regions of the world, has garnered the attention of the world.

The popular belief is that China may soon become the most powerful global superpower. But I argue otherwise mainly due to four main factors.

·USA is still the global economic giant; its GDP still exceeds that of China by a marked difference

=The USA is the only country that has actively engaged in strategic areas of the six regions in the world, with its Army, Navy, Airforce and Marines deployed in all these six regions. No other country has that capability of already deployed combating forces.

=The US Navy has 11 aircraft carriers  for its power projection out of the world’s 43 active aircraft carriers, but China has only two in active service while a third is being manufactured. Therefore, China has a long way to go to become a global superpower even mainly from the defence perspective.

But, one could easily argue on the fact that China is also fast aspiring to become a global superpower through a different strategy. Its overseas investments, mainly on constructions of harbors and ports as well as also ship/submarine building programs are impressive new tactics in achieving maritime prowess mainly in the southern hemisphere of the globe. Being a heavy dependant on energy supply from the Gulf to keep its economy afloat, China has two strategies in dominating the Indian Ocean, which has now become its lifeline.

The first is the Belt and Road Initiative (BRI) announced by Chinese President Xi Jinping in September 2013 while speaking to the Indonesian Parliament. The BRI has now become China’s ambitious foreign policy objective for the 21st century. It’s a vision encompasses over 60 countries with a combined population of over four billion people throughout Asia, Central Asia, Indian Ocean Littoral and Europe. Sri Lanka is a major stakeholder in this BRI initiative.

China’s second strategy is not announced by China but remains a geographical hypothesis projected by the US and other western researchers in 2004 – the ‘String of Pearls’. The term refers to the network of Chinese military and commercial maritime facilities (harbors and ports) along its sea lines of communication, which extends from mainland China to the port of Sudan in the Horn of Africa. The US and Indian strategists claim that the Colombo and Hambantota harbours where Chinese presence and investments are highly visible are major parts of this strategy. Of course, China denies this hypothesis and claims that those engagements are mere investments through bilateral arrangements and insists they have nothing to do with its military interests. Nevertheless, we noticed a concerning narrative even in Sri Lanka with regard to the Chinese military presence at Hambantota port during its initial stage which was vehemently denied by both governments of Sri Lanka and China.

In this context, one can notice several defence and maritime alliances are emerging in a bid to contain China, mainly due to its aforesaid two-pronged developments. One such regional collaborative defence response is the Quadrilateral Security Dialogue (QUAD) – a strategic dialogue between the United States, India, Japan and Australia. The leaders of these four nations met for the first time in Washington DC in September 2021. Among these four players, Australia has adopted a much more aggressive posture, a few weeks ago in signing the AUKUS (Australia, UK and US) pact, which allows Australia to develop nuclear submarines. Though it is not publicly announced, it is clear this move is to operate in the Indian Ocean against the Chinese presence. However, this AUKUS deal did not go well due to objections from many traditional allies like France and NATO.

On the other hand, the US, Japan and India have separate collective Indo- Pacific strategies to respond to China. , outlines a strategic plan for the country’s defence interests and has awarded a special place to Sri Lanka. Accordingly, a Defence Adviser to the Australian High Commission in Colombo was appointed three years ago. It shows that our Defence diplomacy with Australia is also becoming a higher priority in our bilateral diplomatic agenda.

In this context, balancing the existing supremacy of the US and the emerging powers such as China mainly through defence diplomacy has become one of the most important aspects of Sri Lanka’s foreign policy. We may learn from Singapore, which presently serves as a logistics hub for all US Navy ships. Providing logistic support to warship visits is also a very lucrative business. It is noteworthy to mention the fact that security and stability of a country is extremely important for foreign warship visits.

Another concerning factor is the influence by our neighbor India, which does not want Sri Lanka to become a playground for its rival superpowers. Furthermore, Colombo harbour is an extremely important venue to India where 60 percent of its containerized cargo transshipments are handled. Last week, we showed the World that even the largest container-carrying ship in the world can enter and load/unload at Colombo harbour, showing promise and capacity as one of the most important ports in the world.

The most important aim of India’s foreign policy is to become a permanent member at the UN Security Council. Indian Foreign policy is said to be influenced by the teachings of Kautilya’s Arthashasthra – a statecraft treatise written by the ancient Indian philosopher and royal advisor to Emperor Chandraguptha Maurya in the 4th Century BCE.

Under whatever circumstances, Sri Lanka should be cautious to ensure that its actions do not jeopardize the security interests of India. The closest neighbor is the most important player even in our domestic lives and that argument is even greatly applicable in a country’s foreign policy formation. Next door neighbor is the fastest respondent when you are in danger or in crisis than allies thousand kilometers away and recent incidents such as the Xpress Pearl disaster have taught us that. Therefore, it may be a lesson well-remembered by Sri Lanka in deploying its foreign policy and defense diplomacy strategies in the age of the Indo-Pacific.