Murugappan family allowed to return to Biloela – By David Crowe

A family of asylum seekers who were forced to leave their home in the Queensland town of Biloela will be given a pathway to become Australian residents under a decision by the Albanese government to end years of dispute over their treatment.

Treasurer Jim Chalmers issued the decision on Friday in his capacity as Home Affairs Minister to give the four members of the Murugappan family bridging visas that allow them to return to Biloela when they wish. 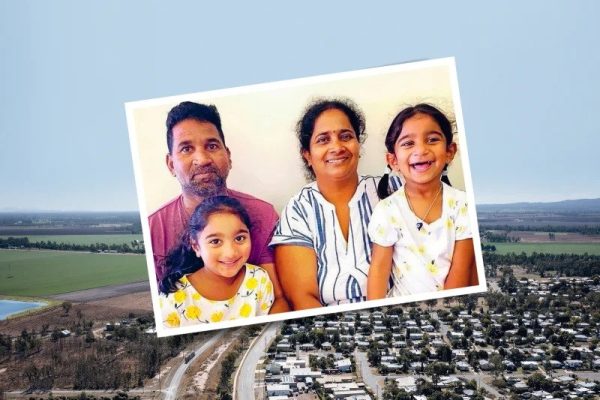 The town of Biloela and the Murugappan family.

“The effect of my intervention enables the family to return to Biloela, where they can reside lawfully in the community on bridging visas while they work towards the resolution of their immigration status, in accordance with Australian law,” Chalmers said in a statement.

“I have spoken to the family and wished them well for their return.”

With the Coalition warning that Labor would weaken government policy that refuses to accept asylum seeker applications from people who arrive by boat, Chalmers said the government remained committed to Operation Sovereign Borders.

“Australian border protection authorities will intercept any vessel seeking to reach Australia illegally, and safely return those on board to their point of departure or country of origin,” he said.

Priya and Nadesalingam Murugappan, who arrived by boat as Tamil asylum seekers about a decade ago, and their Australian-born daughters, Kopika and Tharnicaa, were detained on Christmas Island in August 2019 after earlier detention on the mainland while they sought refugee status in the courts. They were later moved to Perth after Tharnicaa suffered a blood infection

“We have to stop treating the family as icons and understand there are equally deserving families needing relief,” she said. “We’ve got to end all the cruelty, not just some of it.”

Salmon said the families who remained in limbo included some who arrived by aircraft as well as those who came by boat, highlighting the “arbitrary” treatment of people who should be given protection as refugees.

Jana Favero, the director of advocacy at the Asylum Seeker Resource Centre, said about 10,000 people were in the same position as the family from Biloela.

“The fight isn’t over. They have been granted bridging visas, not permanent protection, which was hoped for,” she said.

Bronwyn Dendle and Angela Fredericks, who live in Biloela and are friends of the Murugappans, have campaigned for four years to return the family to the Queensland town and welcomed the decision on Friday. The family are currently in Perth and have to complete the visa paperwork before flying east.

“Obviously the girls need to say goodbye to their school friends,” Fredericks told the ABC, adding that the community hoped to have the family back in Biloela before Tharnicaa’s fifth birthday in June. 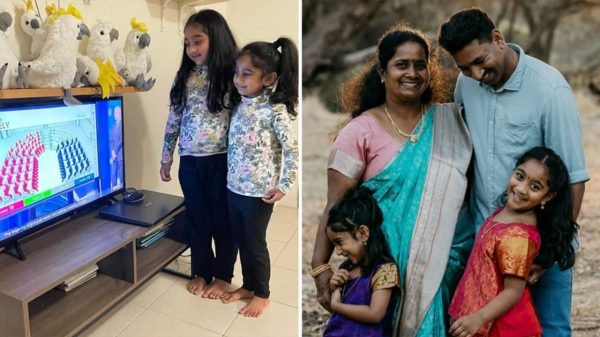 After four years in limbo fighting deportation, the Labor victory means a Tamil family can leave detention and return home to Biloela.

“We can’t wait to celebrate that birthday with her, her first birthday not in detention, and finally with a visa.”

Nationals leader and former deputy prime minister Barnaby Joyce has called in the past for the family to be returned to Biloela and said on April 24 his position had not changed, but others within the Coalition held out against giving the family the right to stay in Australia.

In his last days as prime minister, Scott Morrison maintained that Australia owed the family no protection because the courts had not found them to be refugees. He was accused of misleading voters last week when he said the government could not give the family the appropriate visas to return to Biloela.

Abul Rizvi, a former deputy secretary in the Department of Immigration, estimated there were about 18,000 asylum seekers on temporary protection visas and another 10,000 still being processed.

Rizvi estimated it would have cost millions of dollars for the government to detain the Murugappan family in recent years, noting the Christmas Island detention facility was reopened to keep them there.

“There are tens of thousands of other families in the same situation as the Murugappans except they did not arrive by boat,” he said.

“It has been shameful. The family were picked on for political reasons.”

The Morning Edition newsletter is our guide to the day’s most important and interesting stories, analysis and insights. Sign up here.