Multiple challenges associated with online education; Too many Cooks? – By Raj Gonsalkorale 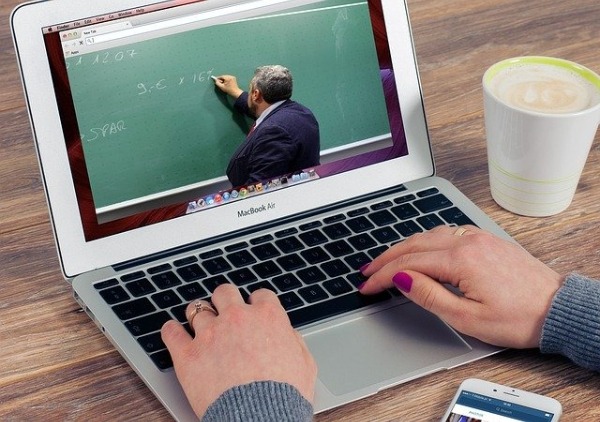 “Children’s education is among the hardest hit by the COVID-19 pandemic throughout the world. Prolonged school closure and limited access to distant learning has deprived children of their universal right to education, particularly in poorer countries” –UNICEF

The COVID pandemic has accentuated a disparity that already exists between facilities that are available for poorer children in semi urban and rural areas, and those in more urban and affluent situations.

While standards of educational institutions are different to what they were some years ago, there are many schools amongst the nearly 12,000 schools in Sri Lanka which lack even basic teaching needs, and worse, even essential facilities like decent toilets, water, electricity and other amenities. Often what is taken for granted in an urban central school, is a luxury in many rural schools.

Opportunities for a quality school education was never on a level playing in the country, and in a practical sense it has been a very challenging exercise to make it so. Over the years, the disparities that exist between those who have or had opportunities for a quality education irrespective of where they lived, or their socio economic conditions, and those who did not, and still do not, have been bridged to some degree. Yet, inequity does exist.

There are many school children who do not have basic needs such as exercise books, pens, pencils and other basic requisites they require for their education, although they receive text books from the State. Poverty levels, general socio economic conditions of parents or guardians of children, orphaned children or those with one parent without an adequate income to send every child to a school, is nothing unusual not just in rural settings, but even in urban settings.

In this context, school closures due to the pandemic and many children losing out on an education for extended periods of time, unfortunately, is not a new phenomenon for some children who have faced this situation with or without a pandemic on account of other socio economic factors. The new manthra of online education for school children in Sri Lanka is and has been foreign to many children, as the COVID pandemic itself. However, now, thanks in a way to COVID itself, an opportunity has arisen to introduce a mechanism for the country which could act as the leveller of opportunity for all children irrespective of their socio economic status, and where they live, by way of online education.

It is of course easier said than done to bring a degree of universality to the concept and practice of online education to school children throughout the country. The very reasons that impacted on a universality prior to COVID, plus many other reasons makes this difficult, particularly in the short to medium term.

In Sri Lanka, and in almost all countries in the world, online education for school children was not a priority policy consideration until COVID struck the world. No doubt it may have been happening to varying degrees in different countries and in different settings dictated to by a variety of reasons, including geography and physical access to schools.

The COVID pandemic struck in this climate and children at all stages of schooling got affected irrespective of their fortunes or the lack of it. This misfortune has not been confined to Sri Lanka, and the BBC reckons that some 147 million children have got affected in South Asia.

In a report titled “Coronavirus: How the lockdown has changed schooling in South Asia by Shruti Menon in BBC Reality Check on the 21st September 2020 (https://www.bbc.com/news/world-south-asia-54009306), Menon says “many South Asian countries lack a reliable internet infrastructure and the cost of online access can be prohibitive for poorer communities. The UN says at least 147 million children are unable to access online or remote learning. In India, only 24% of households have access to the internet, according to a 2019 government survey. In rural parts of India, the numbers are far lower with only 4% of households having access to the internet. Bangladesh has better overall connectivity than India. It’s estimated that 60% can get online, although the quality of broadband internet is often very poor. Nepal’s latest Economic Survey report says that of the nearly 30,000 government schools, fewer than 30% have access to a computer, and only 12% can offer online learning.

Save the Children contends that children have lost more than a third of their school year to the pandemic and they have also said there are huge discrepancies in access to learning in wealthier nations as well during the pandemic- reliefweb.int/report/world/children-have-lost-more-third-their-school-year-pandemic-save-children

Save the Children says that “students in the U.S. for example are more disconnected from the internet than students in other high-income countries, which likely also impacted their access to remote learning. Only two EU countries have lower levels of internet access than the U.S. – Bulgaria and Romania. At the start of the pandemic, upwards of 15 million students from kindergarten through to high school in U.S. public schools lacked adequate internet for distance learning at home. Other wealthier countries also struggled to provide equal online alternatives for school-based learning. In Norway, while almost all youth between 9 and 18 years old has access to a smartphone, 30 percent did not have access to a PC at home. In the Netherlands, one in five children do not have a PC or tablet for home learning”.

New analysis by Save the Children of data for 194 countries and different regions shows that children in Latin America and the Caribbean, and South Asia, missed out on almost triple the education of children in Western Europe.

Broken down at regional level, the difference in lost days of education becomes painfully clear, Save the Children said:

Inger Ashing, CEO of Save the Children, said: “Almost a year after the global pandemic was officially declared, hundreds of millions of children remain out of school. 2021 must be the year to ensure that children do not pay the price for this pandemic. As schools closed and remote learning was not equally accessible for all children, the biggest education emergency in history widened the gap between countries and within countries, Save the Children said. The divide grew between wealthier and poorer families; urban and rural households; refugees or displaced children and host populations; children with disabilities and children without disabilities

In this context, voicing concerns over the limited reach of remote learning exacerbated with regional inequalities, UNICEF has urged countries to prioritise the safe-reopening of schools considering that in their assessment, 66% of children are unable to get remote learning are from south Asia, Africa

The situation in Sri Lanka is quite consistent with what has been happening in many countries in the world, although one wishes it wasn’t. The penchant to find fault with the government for not providing online education to the entirety of the country within a short period of time is both unfair and unrealistic considering the challenges faced that are not uncommon to many other countries.

Nadia Fazlulhaq writing in the Sunday Times states that the Pandemic has exposed digital learning gap between students who can afford online learning and students who cannot and she states that 70% of Lanka’s students have no access to online study. (https://www.sundaytimes.lk/210207/news/70-of-lankas-students-have-no-access-to-online-study-431769.html)

Sarah Hannan writing in the Morning on the 23rd of May in an article titled Online and distance learning for students: Pandemic education still a challenge, has quoted the Ceylon Teachers’ Union (CTU) General Secretary Joseph Stalin as saying that “switching to online and distance learning has not only affected students in the rural schools but also most students in urban schools as well.  Stalin had added that “certain directors from the zonal and divisional education offices are threatening teachers stating that if they fail to conduct online lessons, their salary increment letters would not be signed, pointing out that it is unfair by the teachers, as they have not been provided with the necessary equipment or with the necessary internet data facilities to conduct lessons.

He had gone onto say that “moreover, teachers have not even been given training to conduct online lessons. We had two Covid-19 waves during which these pain points could be addressed, but that has not taken place so far. In a popular school in Colombo, teachers are requested to share lessons using WhatsApp from 7.30 a.m. to 1.30 p.m. and they have been asked to conduct lessons through Zoom from 5 p.m. to 9 p.m.

In regard to the situation in rural schools, Mr Stalin had noted that “the situation is even worse. For instance, if there are three children in a family and lessons are to be conducted in the present manner, these three children will need three phones. What we have also observed is that many parents are even inconvenienced by phone shops, as they are charging them exuberant amounts to obtain printouts from their phones of the assignments that are being shared through WhatsApp and to even install or configure the apps that are used for online education,” Stalin added.

The context in which one looks at online education is important in forging a future for this technology driven development. There are some factors that needs to be considered

All of above points out for the need to come to terms with some realities while the COVID pandemic and the restrictions consequential to that last. Firstly, the inequity in online education opportunities, access, lack of tools, teacher non preparedness and the reality that some students will be missing school education for varying periods. The challenge for authorities is as to how this situation could be addressed and the lost time recovered when a degree of normalcy returns and children are able to go to their schools.

The second challenge is how the country could gear itself to use a combination of this methodology and the physical presence in a school to become a norm rather than the exception in time to come. Universities are progressively moving in this direction and so are the special Mahindodaya schools being set up in the country. Use of the TV medium is very likely going to be a preferred standard approach in schools supplementing face to face teaching. How much and how well this is to be done in some 12000 schools will be a major challenge.

Associated with the second challenge is the next challenge, which is how teachers could be equipped, trained and their capacity built to conduct online teaching. For some teachers this will be a generation challenge.

The fourth challenge which underpins all other challenges is the technology itself and access to it. Possessing a smart mobile phone doesn’t automatically enable access although without one access will not be possible. The bandwidth needed to cater to a vast population that will require fast and uninterrupted internet access, transmission towers that will enable such a proliferation, and the economic cost of data, besides the cost of purchasing several smart phones in households with several users and the ability of many families to afford such an expense, will be significant.

Online teaching is a strategy that has to be considered from a long term perspective, and it is best for the country if a committee of experts in this field, in teaching as well as in technology, and certainly not politicians, give consideration to all challenges and come up with a proposal that includes short term, medium and long term objectives and milestones, resource requirements, both technology related and human resource related, that could guide the country towards a successful future in online teaching.