Migrant worker rights are bigger than FIFA – By Iman Sattar

The World Cup should be an opportunity to raise awareness about the exploitation of migrants everywhere, not just in Qatar 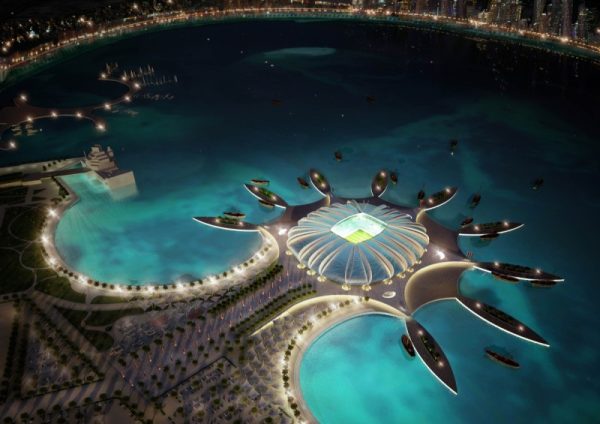 When Qatar was awarded the opportunity to host the 2022 FIFA World Cup a decade ago, the country drew significant criticism and scrutiny over its inhumane treatment of migrant workers, and rightfully so. Since the small Gulf country won its bid in 2012, an investigation by the Guardian found that an estimated 6,500 migrant workers from countries including Bangladesh, Nepal, India, Pakistan, and Sri Lanka died during the construction of seven new stadiums and “dozens of major projects…including a new airport, roads, public transport systems, hotels and a new city.”

Despite these shocking abuses, many are also pointing out that Qatar has received a disproportionate amount of criticism relative to other nations that have (or are planning to) host the event—the most-watched sporting event globally. Indeed, the veil of self-righteousness that many liberal Euro-American observers, media outlets, and even celebrities have hidden behind to criticize and boycott Qatar smacks of delusion amidst a larger picture of Western complicity in the global exploitation of migrants and the working class.

The hypocrisy and performative virtue signaling that we are now observing by fans and journalists is further reflected by Western governments such as the United Kingdom which have effectively enabled Qatar’s human rights violations by supplying it with military hardware. Since 2010, in fact, the UK has exported £3.4 billion worth of arms to Qatar. However, the BBC refused to air the opening ceremony out of supposed solidarity, opting instead to broadcast a segment focused on migrant worker abuse and corruption at FIFA.

Leading up to the World Cup tournament, London-born Kosovar-Albanian singer Dua Lipa asserted that she will not be performing at the World Cup, and that, “[she] will be cheering England on from afar and [looks forward] to visiting Qatar when it has fulfilled all the human rights pledges it made when it won the right to host the World Cup.” Yet, as an official ambassador for the athletic company Puma, the singer remains in partnership with the brand despite its exploitative labour practices, including wage theft, in India. Puma is also complicit in Israeli apartheid through its official sponsorship of the Israel national football team.

While it is convenient to point fingers at Qatar’s human rights violations, Dua Lipa’s statements reveal a double standard that is all too present in liberal Euro-American societies.

Migrant workers often live and work in unsafe conditions, and are subjected to abuse and exploitation due to their precarious situation and identity. One can even argue that Qatar’s kafala system—a sponsorship scheme which “gives private citizens and companies in Jordan, Lebanon, and most Gulf countries almost total control over migrant workers’ employment and immigration status”—is not unique to the Arab world and exists under different policies and programs implemented by Western countries.

Whether it is Jamaican migrant workers who have likened their conditions to slavery under Canada’s Seasonal Agricultural Worker’s Program (SAWP), or Central American farmworkers in the US who suffer abuse, racism, and harassments for meagre pay, migrants around the world have few protections and even fewer rights. The same can be said for Bangladeshi garment workers, to take just one example, who are some of the lowest paid workers in the world, producing clothes for fast-fashion brands destined for Euro-American consumers.

While we shouldn’t minimize or excuse the abuses perpetrated by the Qatari state, it is imperative to recognize that the struggles of domestic workers, migrant workers, and refugees who are trapped between borders are interconnected.

As an example, European Union funding has been used by countries like Croatia to violently prevent migrants and refugees from entering its borders. Such people on the move are often fleeing due to proxy wars fueled by Western countries and their military arms manufacturers (like in Syria and Afghanistan), or poor economic conditions caused by centuries of colonial and ongoing neo-colonial exploitation of their resources and reliance on loans (as in the case of Bangladesh). The state of precarity that migrants and refugees often find themselves in are then weaponized by the same capitalistic system sustaining exploitation and the military industrial complex.

If we want to improve and ultimately dismantle the systems which enable the exploitation of migrant workers, our focus and solidarity must be extended across the globe. That begins by acknowledging that the reality in Qatar cannot be divorced from the Western-led globalized capitalist market economy that strips vulnerable people of their basic dignity while undermining workers rights everywhere.