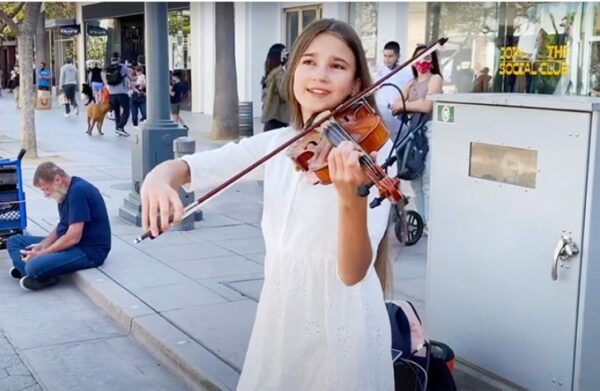 Karolina Protsenko: Violin version of ‘Menike Mage Hithe’ on the street of Santa Monica, in California

Two shows in India with her band Lunu

UPDATE: Yohani, we are told, has been signed by an Indian company, Wingman Talent Management, and will be managed by Sonu Lakhwani, who has also had Jacqueline Fernandez under his wings

Undoubtedly, Yohani de Silva is Sri Lanka’s singing sensation, global ambassadress and whatever more tags that she may add to her singing career, in the near future.

I can’t think of a single present day local artiste who has achieved the kind of glory, and fame, that has come Yohani’s way, through her music or, let’s say, singing.

This kind of global fame has not only taken everyone by surprise but Yohani, as well.

‘Manike Mage Hithe’ is not an entirely new creation; it came into the scene about a year ago, with the original being done by Satheeshan and Dulan ARX who, also wrote the lyrics.

However, it was Yohani who made all the difference, to take ‘Manike Mage Hithe’ to such great heights…proving right the saying ‘It’s the singer not the song!’

We all see in Yohani’s voice, presentation, and looks, a kind of uniqueness that most of our female artistes lack.

Her infectious smile, and style of singing, where ‘Manike Mage Hithe’ is concerned, have been two major contributing factors to the success of this mega hit, while her agility and energetic presentation is the hallmark of her other hit song, ‘Haal Masse.’

Yohani is not a new-comer to the local music scene. And, what surprised me is that she has been doing her thing, with her very own band, called Lunu, for the past two years – mainly performing at pubs, in Colombo; even at that point in time, they say, she brought in a lot of energy into her act.

In 2019, she and Lunu performed in Dubai, at a club event, where the guests – Sri Lankans and Indians – were treated to a very entertaining evening of energetic music. 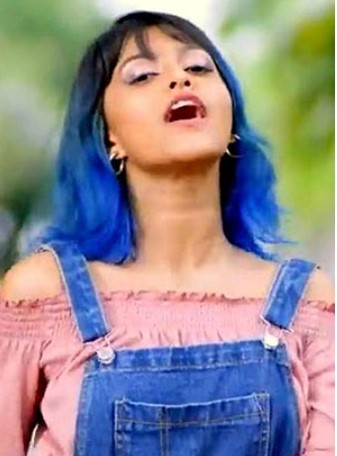 Yohani doesn’t believe in doing short sessions. She wants to give music lovers their money’s worth and, therefore, makes sure that they keep their music going for at least four and a half hours.

And that’s exactly what the Indians would experience, over the next few days, when Yohani and Lunu embark on their maiden tour of India.

Their first performance will be at Studio XO, Gurugram, in Haryana, on September 30th, and on October 3rd, at Heart Cup Coffee, Gachibowli, in Hyderabad.

Both events will be of approximately four hours duration, with a 30-minute break, and will be made up of songs in Sinhala, English, Tamil and Hindi.

Yohani has been approached by many reputed organisations, for endorsement of their products, and negotiations are currenly on.

I’m told that she is very keen to operate from her homeland but if an opportunity comes her way to base herself abroad, for the betterment of her future, she may have to reluctantly accept what is good for her.

Ivan Corea, now based in the UK, has put forward an interesting suggestion:

“A few days ago, the young American child prodigy, Karolina Protsenko, released a video, showing her playing ‘Menike Mage Hithe,’ on her violin, busking on the street of Santa Monica, in California – introducing the song to new audiences in the United States. That violin performance is going viral, as well.

“I believe Sri Lanka Tourism should get these two music icons together, once Covid-19 recedes. This would be an ideal opportunity to use ‘Menike Mage Hithe’ to kick-start a tourism drive – where the travel and tourism industry is concerned – once Sri Lanka opens up for business. I see enormous potential for Sri Lanka. 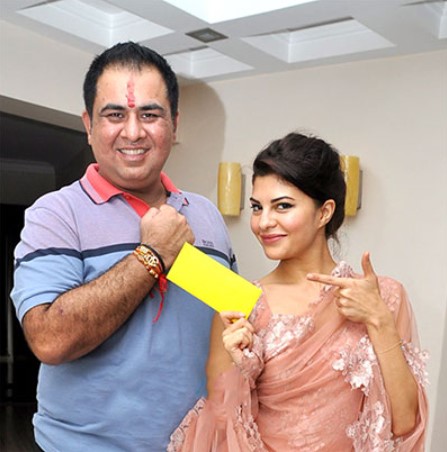 “SriLankan Airlines could arrange for Karolina Protsenko and her family (who are based in California, I believe) to be flown down to Colombo and organise a collaboration with Yohani – perhaps having Galle Fort, or Sigiriya, as a back drop to having both Yohani and Karolina Protsenko, together, performing ‘Menike Mage Hithe.’

“I urge Sri Lanka Tourism to give my idea some thought and, at the appropriate time, perhaps next year (the key factor is the Covid receding) try to make this a reality.

And, since Yohani is versatile in quite a few languages, why not appoint her Ambassadress for Sri Lanka Tourism!