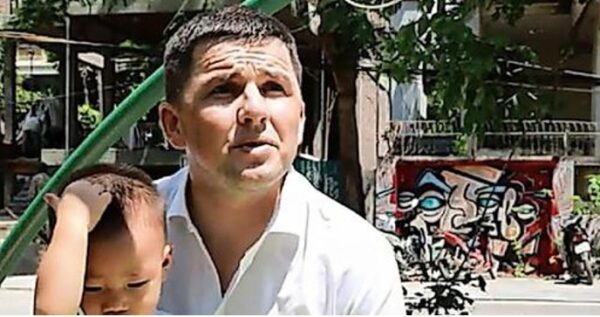 A Mayo teacher living in Vietnam has become the first single man in the country to adopt a child.

John Hennigan, a native of Ballina, spoke on national radio about the bond he has created with a baby boy who had been abandoned.

He told the Ryan Tubridy Show on RTÉ Radio One that he has officially adopted little Liam, who was left at an orphanage because of his cleft palate.

After two surgeries and a protracted process to adopt the boy, he is now Liam’s dad – and enjoying the many challenges of parenthood.

John is an English teacher at the British-Vietnamese International School and, last June, a Vietnamese friend sent him a picture of a newborn baby with a cleft palate who had been abandoned outside an orphanage centre in Hai Duong.

John said: “It was heart-wrenching when seeing the baby’s incomplete smile. I immediately realised that he was the child I wanted to adopt.”

The process to adopt Pham Dang Son was difficult because both Vietnamese and Irish authorities had to approve it.

But on January 28 last, the baby officially became John’s son.

John said: “In my life, I have never done anything as difficult as adopting Liam.”

Since adopting Liam, John has turned his home into a nursery for the one-year-old.

His employers gave a male teacher a two-month ‘maternity leave’ for the first time which he used to foster a bond with the baby.

Now, having taught English to kids for nearly 15 years, John has already mapped out a clear plan for Liam’s future, with an emphasis on nurturing his Vietnamese heritage.

“It’s very important to me that he grows up bilingually, both Vietnamese and English. And I really want him to get very familiar with Vietnamese culture and traditions,” he said.

“I suppose that sometime in the future, probably the next five years plus, I’d like to bring him back to Ireland and maybe expose him to Irish culture, so he gets the best of both worlds really.”

A day in the life of the new father now starts early at around 6 a.m. when Liam wakes up and only ends when he is put to bed after some bedtime stories.

Despite the challenges, the journey has been a very rewarding one for John and Liam.