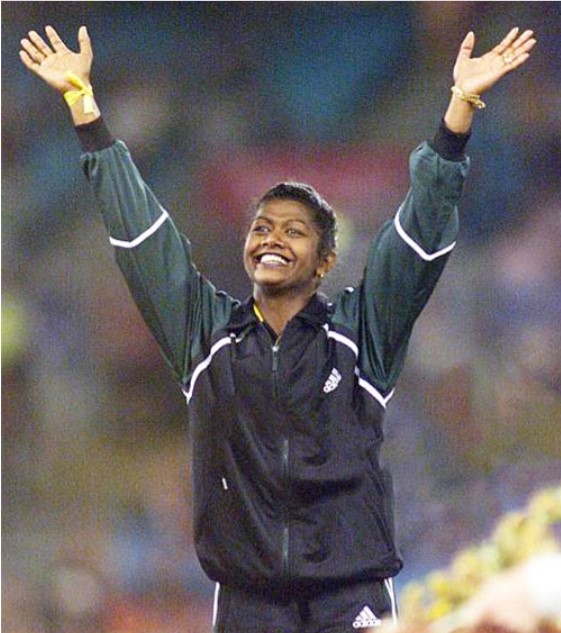 After Duncan White won an Olympic medal in 1948 in London, Sri Lanka had to wait for 52 years to end their medal drought. Susanthika Jayasinghe in Sydney in 2000 became the second Sri Lankan to win a medal.

After Duncan White won the nation’s first Olympic medal in London, it took Sri Lanka 52 years to win their second Olympic medal in Sydney. If you believe in law of averages, our next medal should come somewhere in 2052. If you are over the age of 40 now, there is a good chance that you would be dead by the time the nation wins the next medal in Olympics. But then, there’s also something called if there’s a will there’s a way.

Perhaps, you don’t have to wait for as many as 52 years to win an Olympic medal if you can come across a genius like Susanthika. It is a well documented fact that she was a rare talent and she was destined for greatness from the moment her skills were spotted as a teenager. All what you need is someone with immense skill to break all the barriers and she remains an inspiration to millions of Sri Lankans.

But you tend to remember Arjuna’s words. Some players come along once in 50 years; Aravinda de Silva, Sanath Jayasuriya and Muttiah Muralitharan are the examples that he gives. The same is true with Susanthika.

However, some countries seem to be doing it with limited resources. Look at New Zealand. Despite a population of five million, they are among the top ten in the medals tally having already won six golds. Well, they have the sporting infrastructure, one may say. Fine, but what about Philippines, a developing country like us. They have already won two medals including a gold. Well, they have over 100 million population another may say. Then what about Cuba? With a population less than us (11 million), and an economy not so great, they have so far claimed 11 medals including four golds! Fabulous.

What prevents our athletes from reaching greater heights is an interesting question our readers may ask. One of the main issues that sportsmen in our country face is that the games they play are not professional. Except for cricket, all other sportsmen are amateurs. A good majority of them, thanks to their sporting skills find employment in the private sector and then instead of fine tuning their sporting skills, they do 8 – 5 jobs as business establishments are under pressure to perform constantly.

Businessmen who loved sports like Rienzie T. Wijetilleke, Hemaka Amarasuriya and late R. Rajamahendran are a rare breed who wanted their employees to train morning and evening and told them not to turn up for work. They will of course have an axe to grind if their sports stars didn’t perform up to expectations.

This is where the Sports Ministry needs to step in. Usually, the Ministry steps three months prior to a competition requests mercantile establishments to free the athletes to compete in global competitions. But sportsmen and women in other parts of the world are training six hours a day on a daily basis for four years.

Is there any possibility that the Sports Ministry identifies around five sports where there are medal prospects – ideally individual sports – and then offer these athletes annual contracts and ask them to train without worrying about earning a living. Surely, it’s not going to cost them an arm and a leg.

There’s three years for the next Olympics and with expertise coaching, the nation can have some hope of not waiting for half a century to win an Olympic medal. If there’s a will, there’s a way.