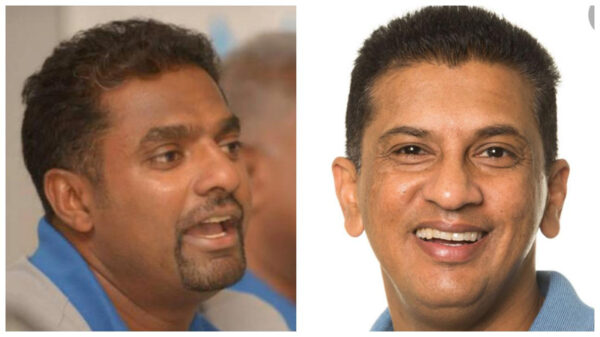 Former Sri Lankan cricket legend Muttiah Muralitharan believes that Sri Lanka Cricket (SLC) should appoint former cricketer Roshan Mahanama as the Head Coach of the Men’s National Cricket Team. “He is the only man I can think of who can change the current system mainly because of his discipline,” Muralitharan said.

“I have spoken to the Sports Minister as well. Roshan Mahanama said that he wants time to think about it but this is my opinion, I don’t know what SLC thinks about this,” Muralitharan who is also a member of the SLC Advisory Committee said.

Meanwhile, when contacted Mahanama said that he is yet to make a final decision but already had discussions with this matter.

“Yes, we have to do something to get cricket back on the right track but I have to discuss this issue further and also want to see what type of changes we can make for the team’s success.”