LEGACY OF SERENA WILLIAMS  WILL LIVE ON, SHED TEARS IN HER POST MATCH INTERVIEW – by Sunil Thenabadu 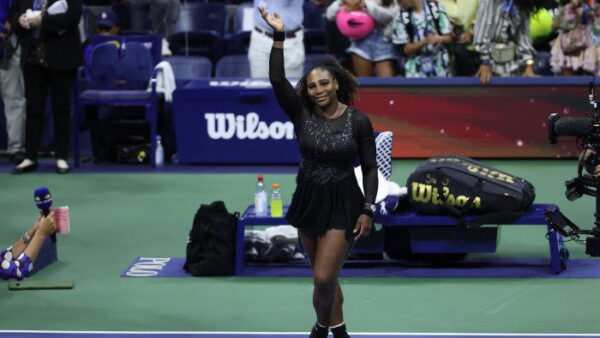 Ajla Tomljanovic Australian no 1  ended Serena Williams’ celebrated career in a  famed third-round US Open triumph over the retiring legend in New York.Tomljanovic silenced the sell-out, partisan crowd in Arthur Ashe Stadium with a rousing 7-5 6-7 (4-7) 6-1 third-round victory over the 23-times grand slam champion in the night session on Friday

Williams battled to stay in the match after slipping behind 5-1 in the deciding set but couldn’t hold off an inspired challenge from Tomljanovic.

After shaking hands with the beaten former champion, Tomljanovic promptly left the centre stage for Williams in a classy act for the 23-time grand slam champion.

The gravity of the occasion hit Williams during an emotional post-match interview in which she thanked her family for inspiring her to levels of greatness in women’s tennis.“It’s been a fun ride,” she said.“Thank you daddy. Thanks mum. Oh my god, mum.“I wouldn’t be here without them.”

Williams even teased fans with a response to a question about her future that suggested maybe this wasn’t the end for the 41-year-old.

Serena’s most beautiful tribute was saved for big sister Venus, who looked like she was struggling to hold it together watching from the stands.

“These are happy tears, I guess. I don’t know,” Serena said.

It was elder sister  Venus Williams who  exploded on the  tennis scene in  year 1994. Her father Richard Williams had boldly predicted that his younger daughter Serena would perform  even better.In a couple of years the prediction did come true.In year 1997 sister Venus reached the final in Women’s final in 1997 at Flushing Meadows seeded seven when Serena was seeded seven. Before long in year 1999, twenty three years ago as a teenager 17 years old, Serena won her first grand slam title also in US open at the Flushing Meadows which was the first of her 23 grand slam titles.Her path to the final was after defeating Kim Cliisters,Conchita Martinez,Monica Seles and defending champion Lindsay Davenport. Serena then faced top seed Martina Hingis in the final. Hingis, was 18, was the favourite but Serena’s firepower demonstrated too much as Williams won 6-3 7-6(4) to become the first black American since Arthur Ashe in 1975 to win a singles major and the first black American woman since Althea Gibson in 1958.

After her 1999 US Open triumph, Serena had to bow to older sibling Venus for a while as Venus chalked up two Wimbledon and two US Open titles in  year 2000 and 2001 to take the lead their sibling competition as rivals.But Serena caught fire  in  year 2002 beating  Venus in the French Open final, the Wimbledon final and the US Open final – then at the start of 2003 when she was only twenty three years old. got the better of Venus again to win her maiden Australian Open crown to hold all four majors at once – the so-called ‘Serena Slam’. Her celebrations were subdued considering the magnitude of her achievement, a mark of the respect she had for Venus, without whom Serena says her career would have been possible as she had initially emulated Venus perhaps having hereditary affiliations to tennis.The duo was very understanding as Venus in her book “My Life” had quoted Serena as “My Queen of the Court”.

In Year  2012 Serena  won the  – Olympic singles gold in London ,another feather in her cap.Serena already had two Olympic gold medals in her locker having partnered Venus to victory in Sydney and Beijing but a singles gold had eluded  Venus..She returned to London for the 2012 Games fresh from a fifth Wimbledon title, and with the tournament being played on the All England Club lawns .in Wimbledon  where she was the overwhelming favourite. The American was on a mission. She only dropped 16 games in her run to gold, beating Maria Sharapova 6-0 6-1 in the final. It completed her career collection of the ‘big five’ titles – the four slams and the Olympics singles.She also won doubles gold again with Venus, matching her sister’s feat at the 2000 Sydney Olympics.In year 2007 it had been a comeback win in the Australian Open.Serena’s ability to come back from hardship has been like a theme throughout her career and her eighth Grand Slam title demonstrated it flawlessly.She played only a handful of matches in 2006 as a dogged knee injury deteriorated, dropping her out of the top 100.

She had arrived in Melbourne for the Australian Open ranked 81 and with questions remaining over her fitness. But she made a ridicule of those who wrote off her chances, powering through the draw to the final where she beat top seed Sharapova for the loss of three games. In year 2017 -the win in Australian Open was 23rd Grand Slam title.Most probably her last Grand Slam title, but possibly the sweetest. Her run to the title in Melbourne, where she beat sister Venus in the final, was achieved without dropping a set.

Most probably her last Grand Slam title, but possibly the cutest. Her run to the title in Melbourne, where she beat sister Venus in the final, was achieved without dropping a set.It took her past Steffi Graf’s Open era record of 22 Grand Slam singles titles, returned her to world number one and made her, at the age of 35, the oldest woman to win a major in the annals of grand slam tennis. Perhaps most astonishingly, however, was that were to discover later that she won the title while pregnant with daughter Alexis Olympia.All the more remarkable this  grand slam. Since she had participated in several Grand Slams coming to finals against Bianca Andreescu and Naomi Osaka.It was observed by many that she had come to grand slam tournaments sans much practice or WTA tournaments.But in the US Open 2022 her farewell appearance she had come with practice having beaten worlds No 2  Estonian Annet Konteveit in straight sets in round two.But after losing in the third round in the US Open on Friday night at Flushing Meadows she is still remains behind Margaret Court with 24 grand slam times. 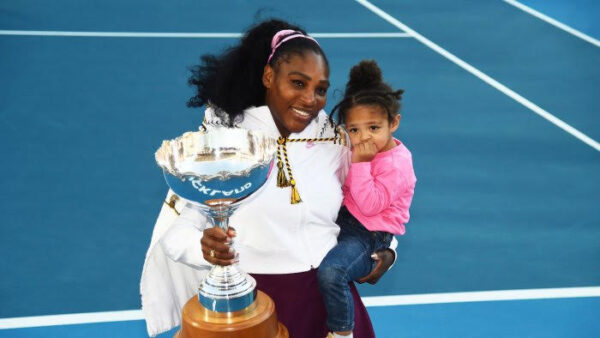