Lanka Premier League 2021 to be postponed 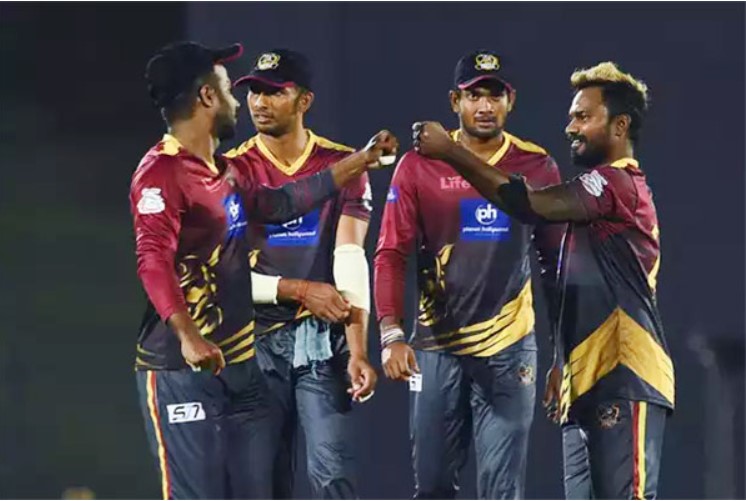 The 2021 season of the Lanka Premier League (LPL) has been postponed, Sri Lanka Cricket announced on Friday (July 9). The second edition of the T20 tournament, scheduled to be held at the Mahinda Rajapaksa International Cricket Stadium in Hambantota from July 30 to August 22, will now be held from November 19 to December 12, 2021, although the organisers have multiple obstacles to cross before that.

The immediate reason attributed for the postponement is the absence of foreign players but there are quite a few other issues plaguing the joint venture of Sri Lanka Cricket (SLC) and Dubai-based Innovative Production Group FZE (IPG), the rights holders of the LPL.

As of Friday (July 9), the LPL is without three of the five franchises that competed in the inaugural season last year. As first reported by Cricbuzz, SLC and IPG have terminated the contracts of three teams — Colombo Kings and Dambulla Viiking on June 26 and Jaffna Stallions — and the approval for the new managements have not yet been received. Sources have confirmed to Cricbuzz that KYCs of the three new managements are still awaiting clearance from the International Cricket Council (ICC).

The biggest issue of all is the standoff between the SLC and Sri Lankan players. The players, who have been at loggerheads with the board over central contracts, have agreed to keep aside their protests only for the India series, starting in Colombo on July 13.

“The postponement is not about the participation of the foreign players alone. There is an element of uncertainty over the Lankan players too. So we have thought the postponement was the best solution at this stage,” said an official involved in the league. “Besides, there are also issues over the pandemic situation in the island.”

In a late Friday evening release, the SLC confirmed that that the LPL 2 has been postponed to November and added, “The Governing Council of the Lanka Premier League is of the view that rescheduling the tournament will enable more players from leading cricket-playing nations to take part in the league.

“The Council made this decision after assessing that at least one similar premier league and several international tours will be played among the cricketing nations during August 2021, during the period, which the LPL second edition was expected to be played.”

IPG backed the decision. “IPG supports SLC’s decision to postpone the second edition of LPL. The success of the League is of paramount importance. We thank the SLC, Sri Lankan Government, players, franchisees, and sponsors for their support,” said Mr. Anil Mohan, Founder, and CEO of IPG. (Cricbuzz)

India series likely to be pushed back

The six match limited overs series between India and Sri Lanka could be pushed back by a few days after Batting Coach Grant Flower and Performance Analyst G.T. Niroshan tested positive for Covid.

With all their close contacts forced to go into isolation, Sri Lanka are yet to resume training since arriving from UK.

The series was set to get underway on the 13th July but now likely to be pushed back.