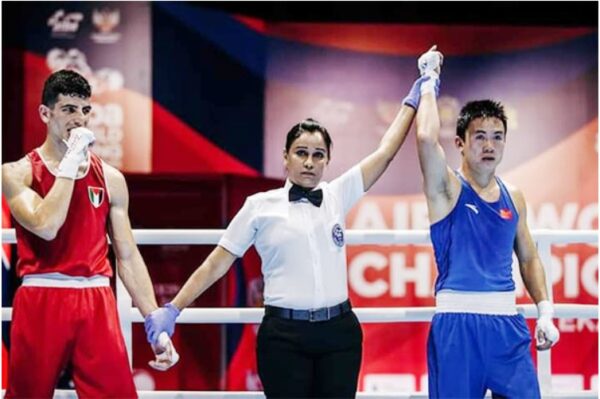 A female Chief Inspector of Police of the Sri Lanka Police has been selected as a Boxing Referee and Judge for the 2020 Olympic Games in Tokyo.

Chief Inspector T. Nelka Shiromala will create history by becoming the first Sri Lankan female boxing referee to officiate at the 2020 Olympic Games which will begin in Tokyo, Japan on the 23rd of July.

She is a product of Ripon Girls’ College, Galle and has joined SL Police as a Trainee Sub Inspector in 1997.

In 2009 she took up to the refereeing and in 2011 became the first Sri Lankan women referee to officiate at an international event when she was invited to officiate 2011 London Olympic test event where she was awarded with a two star qualification just within six months of international refereeing.