“Kota Vehera” – commemoration of a royal birth – By Arundathie Abeysinghe 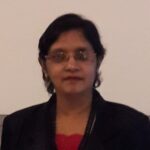 Situated approximately 15 kilometers from *Kegalle, Dedigama “Kota Vehera” also known as “Suthigara Seya” or “Suthigara Dagoba” (“suthikagaraya” meaning place of birth) is a dome-shaped shrine comprising relics of the Buddha or an *Arhat.

According to *Mahawamsa, King Manabharana, a sub-king of *Ruhuna lived in exile in Dedigama. He has used “Punkhagama” (present Dedigama) as his capital city during his reign. The Suthigara dagoba (or stupa is a shrine that contains sacred relics) gets its name from the word “suthikagaraya” (meaning place of birth). Queen Rathnavali gave birth to a baby boy (who later reigned as King Parakramabahu I also known as King Parakramabahu the Great – 1153-1186) in the place where the stupa is located. This stupa has been constructed by King Parakramabahu as a memorial for the location, he was born.

According to typical architectural style of King Parakramabahu I, the stupa has its hemispherical form truncated on the top, without the usual upper portions of stupas. Hence, it was named as “Kota Vehera” (meaning short stupa in Sinhala).

There are three stupas of “Kota Vehera” type in Sri Lanka: Suthighara Chetiya (Suthighara Stupa) at Dedigama, stupa at *Yudaganawa (largest stupa in the south and east of Sri Lanka) and the Damila thupa at Polonnaruwa (dating to the 12th century and attributed to King Parakramabahu I).

During archaeological excavations, it has been found that the Stupa has been constructed on another smaller stupa found closer to the pesa walalu (concentric perimeter rings around a dagoba) on the eastern side, approximately 10 meters (36 feet) in diameter.

Although, there are no records about the relics enshrined in this stupa, a large quantity of relics has been discovered in its 10 relic chambers. Of these, the most significant is the *metal Elephant Lamp displayed at the Dedigama Museum.

Major renovations have not been carried out on this stupa. Yet, weeds and damaged bricks have been replaced over the past several years to maintain its ancient austere appearance.

The stupa was discovered during the British Colonial Era by Government Agent Kegalle, F.M. Price.

Initial excavations have been carried out in 1950’s by late Dr. Charles Godakumbura (Commissioner of Archaeology in Ceylon (Sri Lanka) from 1956 to 1967).

Kegalle Jubilee Ambalama – commemoration of a Jubilee – By Arundathie Abeysinghe