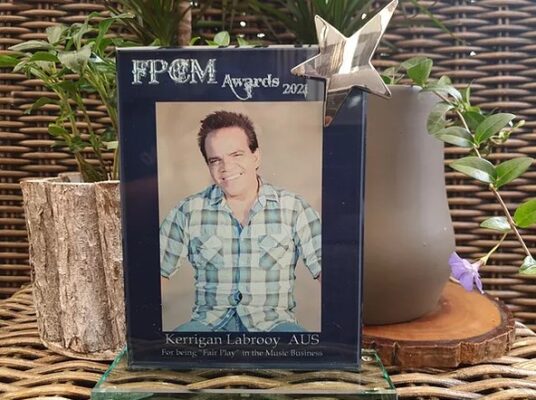 Kerrigan feels so honoured to have won the Lifetime Award for “Fair Play” at the Red Carpet Award Show in Holland Europe.

And what a significant day – Father’s Day! Apparently, it’s the Highest Award one can get.

While the Award is something Kerrigan will treasure forever, what touches him even more, are the beautiful words expressed by the awesome organisers; a couple who are filled with integrity and are so hard-working, Gaby and Peter: “Dear Kerrigan, a true man of God with talent and today he has been rewarded with the highest honor we will ever give away in our shows, the award for being fair play in the music industry. You can only get this award once in a lifetime and it is valid for life.”

Kerrigan sends a Heartfelt thanks to Gaby, Peter, the judges and everyone involved in this mammoth task. Most of all thanks to the Good Lord above! 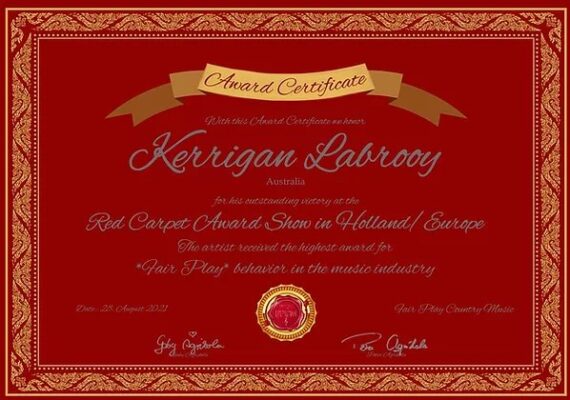