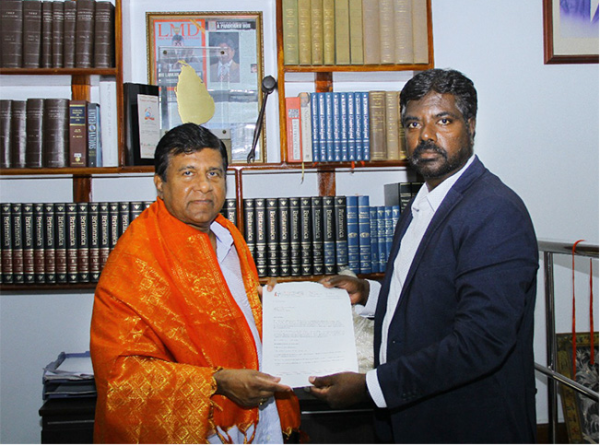 The invitation was extended when the Justice Minister received Panchalingam Kandiah, of the CTC yesterday (16) at the ministry. Kandiah has handed over a letter from the CTC thanking the Sri Lankan government for delisting the organisation enabling it to take part in the reconciliation process.

While commending the right direction of the government to enhance the peace and reconciliation process, the CTC has emphasised the steps to be taken on an urgent basis with a view to establishing a long lasting harmony and to recognise and respect the Sri Lankan identity.

The Minister assured that all Sri Lankans will be treated equally and without any discrimination, while accommodating all diaspora people to have a platform to initiate and develop their business activities in a preferred area.

The Minister also commended funding of medical requirements of the government hospitals in the Northern, Eastern and Western provinces recently by rhe Canadian Tamil Congress.