Leading developer John Keells Properties has officially begun the handover of the first keys of the ‘The Suites’ residential apartments at Cinnamon Life. The completion and handover of the apartment tower- which consists of 196 units ranging from two to four-bedroomed apartments-, marks an important milestone as Colombo’s premium waterfront mixed-development project begins to take shape.

The iconic and highly anticipated Cinnamon Life Project commands a prominent location at the heart of Colombo’s burgeoning metropolis and will expand the neighbourhood’s living and lifestyle options; setting a benchmark for luxury, comfort and convenience.

Commenting on the project handover, Nayana Mawilmada, Sector Head of John Keells Properties and Executive Vice President (JKH), said: “The completion of the Suites Tower and commencement of handovers marks a major milestone for the project, achieved in the midst of extremely challenging conditions over the past year in particular.  It is exciting to see the overall vision begin to come to fruition.  As you drive by, you start to truly get a sense of the presence Cinnamon Life will have on Colombo’s skyline and overall image. We are very excited to welcome the first residents!”

A ‘city within a city’, Cinnamon Life aims to be the lifestyle capital of Colombo, and is also slated to be South Asia’s ultimate lifestyle and entertainment hub. Residents at this exclusive urban sanctuary can expect a vibrant, convenient, and highly sought-after lifestyle, with a number of state-of-the-art amenities and attractions.

Designed by renowned Sri Lankan-British designer, artist and writer Cecil Balmond, Cinnamon Life spans 4.5 million square feet, and in addition to the 800-roomed luxury Cinnamon hotel and the premium residential apartments, the property will also boast one of the city’s premium retail and entertainment malls, as well as modern office spaces that meet the highest of international corporate standards.

The residential apartments are priced at USD 395,000 upwards. For further information contact +94-112-152152 or visit www.cinnamonlife.com 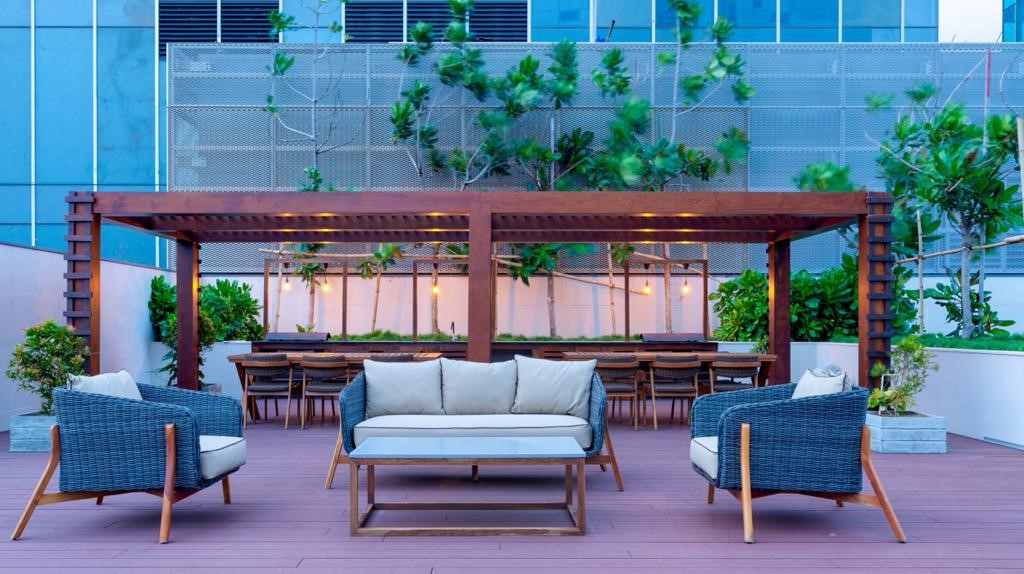