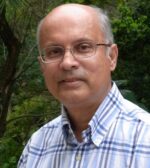 On a recent afternoon in Sapporo, on Japan’s northern island of Hokkaido, I was walking past an elementary school. Lessons were over for the day, and little children were streaming out. Singly or in groups, talking and laughing, the children walked along the pavement on their way home, safe and happy. No parents had come to collect them, and no motorcycles, cars, school vans or buses were to be seen. Obviously, the concept of “langama pasala, hondama pasala” (the nearest school is the best school) was working in Japan.

I recall a common sight in Sri Lanka. In most schools, even for older students, parents would be crowding the gate to pick up and escort their children home. Or, there would be school vans. In so called international schools, a long line of expensive cars would line up on the nearby road, to pick up the children. For reasons of safety, no parent would risk their children walking home. 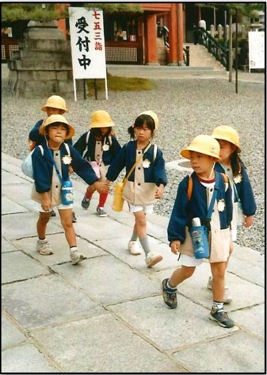 Japan is my favorite holiday destination, and now I live there. A few times a week, I ride a public bus to downtown. When I arrive at the bus stop, there’s one particular family I like to see: a young mother with three children. A boy of about five, a toddler, and a baby that she carried in a halter. While we wait for the bus, I observe this family with delight and wonder.

The boy and the toddler play quietly, sometimes poking a stick on the ground, or hide and seek with the shadows of a nearby tree. The mother rarely glances at these two kids, perhaps knowing she has nothing to worry about. There is no screaming, reprimanding, or barked orders to behave.

I think about how long it took the mother to dress these children. Although the “salaryman” father would have left for work early, it may not have taken the mother long, because the children have been trained to be helpful and not be a nuisance. The children behave on the bus, sitting quietly and observing the passing scene. There is no scrambling over the seats, no running up and down the aisle. Each time they get off, the little boy thanks the bus driver. I like to think that they are visiting their grandparents.

When schools are off, there are lots of children at the supermarket. I observe closely. None fight with a sibling, or squat screaming or sulking near the candy aisle, or put stuff in the shopping cart without a parent’s permission, or insist on carrying a huge doll, or riding the cart, or pushing a miniature cart herself. None get lost because they hadn’t wandered off alone. No one is throwing a tantrum. Come to think of it, I have never seen a Japanese child throwing a tantrum.

A few years ago, The Lancet, the prestigious medical journal, published a study showing that Japanese children were the healthiest in the world, and had the potential to live the longest. The main attribute was the diet. But we know that good health also comes from happiness, the result of being loved, and having a sense of security in a peaceful home. For the record, children in the USA ranked 32 in the study.

In 2005, deaths in Japan outnumbered births, a trend that has continued. The low birthrate was caused by young women marrying later or not at all, and couples deciding not to have children. But, almost all the young families I see in my neighborhood had at least two children, some even three, all below 5/6 years. I live in a new development where most families are middle or lower-middle class, and where only one spouse, usually the male, goes out to work. So the children are a heartening sight. Perhaps the couples have collectively decided to make up for lost time!