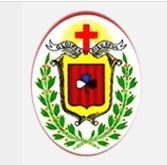 The Canadian chapter of the Jaffna Holy Family Convent AA (initially known as JHFC Old Girls Association) was formed in May 1989. The two key individuals who worked tirelessly to bring this about were Mrs. Teresa Alexander and Mrs. Lynette Ratnasingham; serving in the first committee as President and Vice President respectively. The inaugural meeting was held in the basement of the Maria Goretti R.C. church in Scarborough. The organization, over the last 28 plus years, continues to gather momentum and stay relevant within the alumni community and with its Alma Mater administration in Jaffna.

Jaffna Holy Family Convent had its beginnings in 1845 under the direction of Mrs. Mary Anne O’Flannagan. In 1862, the sisters of the Holy Family, a congregation founded by Pierre-Bienvenu Noailles, arrived in Jaffna to take charge of the school and the foundation for the present building was laid the same year on May 24, 1862.

Jaffna Holy Family Convent was the first school in the Northern Province to send pupils to undertake the Trinity College examinations. From its beginning, through the 20th century to today, it is a catholic educational institution known for its core values of spirituality, academic achievements and values.

As alumni, of this revered institution, we are proud to uphold the “Familian Traditions and Spirit” in our new home, here in Canada.