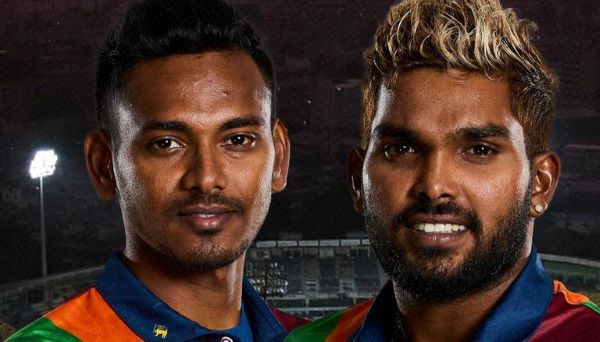 The Sri Lanka Cricket (SLC) gave national players Dushmantha Chameera and Wanindu Hasaranga permission to participate in the second leg of the IPL 2021 on Sunday. Earlier this month, IPL franchise Royal Challengers Bangalore named the Sri Lankan stars as replacements for Australia’s Adam Zampa and Daniel Sams, who had rendered themselves unavailable for the remainder of the tournament, which will be hosted in the UAE next month. The SLC said both players will join the IPL camp following the conclusion of the bilateral series between Sri Lanka and South Africa.

“The permission for the players was granted by the SLC in consultation with the Technical Advisory Committee. The ‘No Objection Certificate’ to the duo was issued for them to join the IPL teams starting from 15th September (following the completion of the South Africa Tour of Sri Lanka),” SLC said in a statement.

The Sri Lankan board further informed that the two players will return to the national squad on October 10 to play in the two warm-up games before the ICC T20 World Cup. It means that if RCB qualifies for the playoffs, Hasaranga and Chameera won’t be available as they will return to rejoin their national side. The playoffs will begin on October 10 with Qualifier 1 taking place in Dubai, the Eliminator and Qualifier 2 in Sharjah on October 11 and 13, respectively.

Wanindu Hasaranga is currently the world’s number 2 ranked player in the ICC T20 bowler rankings. Hasaranga was part of the Sri Lankan squad that played a three-match T20I series against India last month. He was named the Player of the Series courtesy of his 7 wickets in 3 matches at an economy rate of 5.58. Sri Lanka’s speedster Dushmantha Chameera also impressed everyone with his quick pace in the series against India, which helped him bag his first IPL contract.

The remaining matches of the IPL 2021 were moved to the UAE after multiple players returned COVID-19 positive during the first leg of the tournament in India early in May. The second phase will start with a blockbuster clash between Mumbai Indians and Chennai Super Kings. A total of 31 matches will be held during the window and the final of the competition will be played on October 15.