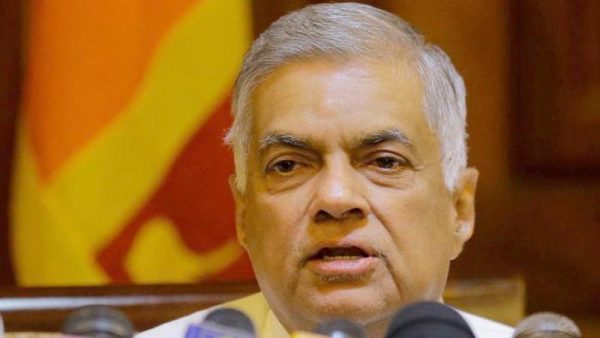 President Ranil Wickremesinghe told the maiden Cabinet meeting on Friday, July 22 that he will discuss with Party Leaders soon to form an All-Party Government. The President told the Cabinet of Ministers that this interim Cabinet has been appointed until an All-Party Government is formed after reaching a consensus among political party leaders, authoritative sources told the Sunday Observer yesterday.

The maiden Cabinet meeting was held on Friday soon after the swearing in of the new Cabinet of Ministers of the interim Government at Temple Trees under the patronage of President Ranil Wickremesinghe.

President Wickremesinghe had also stressed the importance of continuing the affairs of Parliament in a more organised and methodical manner. The President had also called upon the Ministers to be present in the House at least during the morning session on the days when Parliament convenes.

The President said that instead of the Leader of the House responding to questions raised by Members of Parliament, it would be more appropriate if the relevant Minister can make his presence in Parliament when oral questions are raised by MPs pertaining to the issues which come under the purview of their subject ministries.

President Wickremesinghe said that steps should be taken to set up parliamentary committees immediately and strengthen the Parliament committee system.

The President had also told the Cabinet of Ministers that immediate steps will be taken to resolve the fuel and gas issue within the next two weeks. Minister of Transport, Highways and Mass Media, Dr. Banduala Gunawardana was appointed as the Cabinet spokesman. It had also been brought to the notice of Ministers that when the relevant subject matters are discussed at the weekly Cabinet press briefing, the relevant Minister should participate in the Cabinet press briefing.