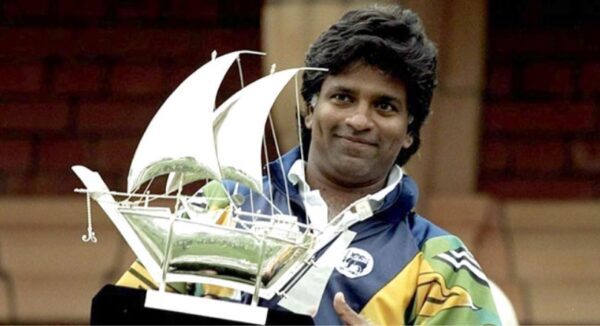 World Cup winning Sri Lanka cricket captain Arjuna Ranatunga lauded the cricket infrastructure that India has built up where they depend totally on local coaches.

“At the highest level, you don’t need a high profile coach, what you need is a good man manager. Ravi is an excellent man manager’” Ranatunga said in an interview with The Island.

“The team that is in Colombo is coached by Rahul Dravid. Do you need a better person than that to guide the young players. Not only is he one of the finest batsmen to play the game, he’s also a superb role model. We have many such individuals over here, but for some reason, we look for overseas coaches,” Ranatunga added.

“What I can’t understand is that even for fielding, we are looking at overseas coaches. Just look at the work Upul Chandana has done with our under-19 boys. We treated someone like Chaminda Vaas so badly, but he proved in England that he has done some remarkable work with the bowlers.”

India’s cricket has reached excellence with their local coaches. They won a Test series in Austria and more importantly beat the Aussies at the Gabba where they had been unbeaten for 30 years.”

Ranatunga had earlier criticized Sri Lanka Cricket to agreeing to play the series against an Indian team without their main stars.

“India’s bench strength is such that they can play two teams at the same time. But SLC should have said that India’s leading players should tour too or else played the series at some other time,” Ranatunga explained.

Several leading Indian stars like Virat Kohli, Rohit Sharma and Jasprit Bumrah are missing on the Sri Lankan tour as India’s Test team is in UK.

The tourists have resumed training having finished their quarantine. The series will get underway next week. The three ODIs will be followed by three T20 Internationals.