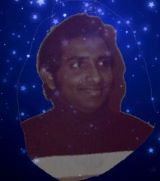 Today the 16th of March 2022, marks a very very special day for two people who mean the world to me and
Judy.

I hope you will allow me to crash your celebrations today, with my tribute to the two of you – This is an Al Martino
hit from 1964, a beautiful ballad, I Love You More & More Everyday

Happy Anniversary Corrine & Ian, and may you cherish and enjoy many many more loving years together!
Corrine & Ian King. We met Corrine & Ian on flying visit we made to Melbourne some years ago, and have been
friends ever since.

These two are a loving and devoted couple, who do so much for the Ceylonese/Sri Lankan
community, and have a huge listening audience for their fabulous radio programme, “The King & I” broadcast
each Friday night from 8pm to 10pm on Casey Radio 97.7FM or for those who have access to internet Radio,
you can tune in on caseyradio.com.au

Corrine & Ian, are great supporters of Ceylonese/Sri Lankan musical talent, and often feature these artistes
on their programme. In addition, you will hear lots of snippets, news and updates on topical news items both
here and from Sri Lanka. I know several listeners who are based in the Maldives, Sri Lanka, UK, USA and South
Africa, who regularly tune in!! Well done Ian & Corrine, appreciate all the work you do, always.

“I Love You More and More Every Day” is a song written by Don Robertson and performed by Al Martino.
It was featured on his 1964 album I Love You More and More Every Day/Tears and Roses. The single was
arranged by Peter DeAngelis and produced by Voyle Gilmore. It reached #3 on the adult contemporary
chart, #9 on the U.S. pop chart, and #11 on the Cashbox chart in 1964. The song ranked #73 on Billboard
magazine’s Top 100 singles of 1964.