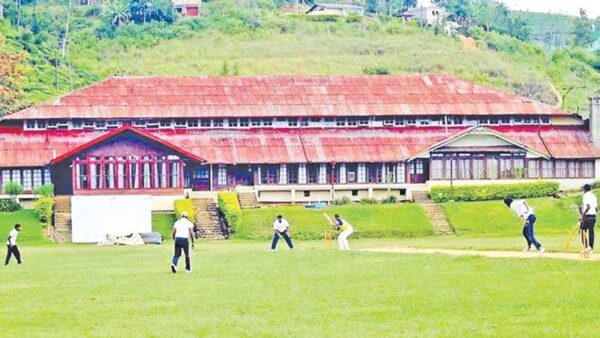 The return game took place a week later at Radella and Dimbula A & CC came out as winners by three points to nil. Unfortunately, sad to say, today these two clubs are out of the game. Dickoya Maskeliya CC was led by Metafile and the others in the team were Curtis, Frees, Dove, Roswell, Corrier, Graham, Hayden, Messervy, Ogilvy, Parsons, Power, Wetherill, Wilton and Richardson and Dimbula led by Fyers with the rest of the players being Tatha, Verelsh, Wright, Boyd, Evens, Fitzclarence, Gwatkin, Hardie, McClintouch, Roper, Setton, Tynte, Eright and John.

Dimbula were the first Clifford Cup winners from the Up-Country in 1953 – when the Clifford Cup was just four years old at club level. This club was founded in 1856 and their sports activities were rugby, cricket, squash, billiards, snooker, tennis and badminton. This club was a major force in rugby until the mid 1970s when sports declined after the plantations were nationalized. Then in 1956, Dim/Dicks (combined Dimbula-Dickoya team) were second to CR & FC in the Clifford Cup tournament and then again in 1959 Dimbula ACC shared the Cup with CR & FC. Another development came in 1970 under the leadership of Ken Murray when Dimbula emerged as the Clifford Cup league champions and were deprived of the rugby double when they lost to Abdul Majeed’s Police team 0-6 in the Clifford Cup knockout semi-finals.

The Dimbula Athletic and Cricket Club (also known as the Radella Club) was a sporting club formed by British tea planters in 1856. It is the oldest sporting club in Sri Lanka outside of Colombo, which had activities including rugby, cricket, squash, billiards, snooker, tennis and badminton. The first up country cricket match was played in 1868 at the club’s ground in Radella against Dickoya, becoming an annual fixture in the region. In 1878 one of its members, Frank Hadow, a planter who was on Carlabeck Estate, won the Wimbledon men’s singles. In 1908 the club was one of six founding rugby clubs which formed the Ceylon Rugby Football Union.

In the following year the club introduced badminton to the country, with its own indoor court, becoming the first badminton club in Ceylon. Dimbula conducted two badminton tournaments annually from 1911 until 1926. On April 17, 1954 Her Majesty Queen Elizabeth II and His Royal Highness Prince Philip, Duke of Edinburgh visited the club as part of their tour of Ceylon, as the country was previously known.

The original Victorian-style club house, with an antique clock on top of the pavilion was destroyed by fire in 1962 and a replacement building was constructed thereafter. In 1970 the rugby team, led by Ken Murray won the National Championship, losing only one match during the entire season and that to CR & FC at the team’s home ground at Radella. With the nationalization of the tea estates in 1975, the club ceased playing ‘A’ Division rugby but continued playing in the Up Country League.

Dickoya Maskeliya CC first entered the Clifford Cup final in 1958 and this club was founded in 1874 and started with cricket, rugby, tennis, squash, badminton, billiards and snooker. They too were another major force in rugby to reckon with. At one time their ground was the most beautiful in the country – the picturesque Darawella ground with an excellent club house with all facilities in prime condition. It was the venue visited by the famous English Test cricketer Sir. Jack Hobbs during an England team’s tour and named his home Darawella on his return to England.

Dickoya Maskeliya CC was earlier known as Darawella Club founded in 1868 and was situated about two kilometers from the town of Dickoya. As are most parts of the island’s hill country, its location, while not quite as spectacular as that of the Radella Club, nonetheless presents a pretty picture. Situated in a valley, the cricket and rugby field lies below the tea-speckled hills of the impressive Wanarajah Estate. Similarly impressive, on the opposite face, the entrance to the club house is embraced by the tea fields of Darawella Estate.

The Darawella Club was arguably the finest of the numerous clubs that were established in that era. But today, its club house no longer receives the keen attention of the past, a fate that has befallen most, if not all such institutions. Economic and social changes have reduced the usefulness or the purpose of such clubs in this day and age.

In the past, Dickoya produced great teams and twice entered the Clifford Cup final and went down to CR & FC and Havelock SC in 1958 and 1961. Dickoya, in 1961 under M.G.K. Macpherson, the man who led Kandy SC in the 1955 Cup final and Dimbula in 1959, went down to Dr. Hubert Aloysius’ Havelock SC team in the final seconds of the game, due to an off side penalty. In that year, Dickoya Maskeliya CC had a few locals of the calibre of T.B. Pilapitiya, Rohan Wijenayake, B.I. Gunawardena and Uvais Odayar.