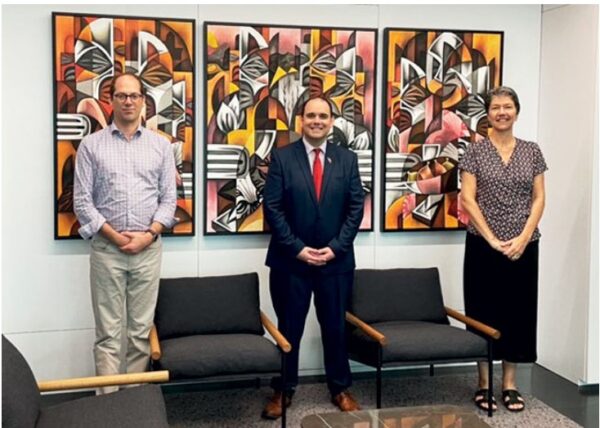 The Kiwis are much admired sportsmen and two years back when they were playing a warm-up game in Negombo, the fans realized that it was Kane Williamson’s birthday and some of them went to the nearby Perera & Sons and ordered a cake. Soon after the cake arrived, they started singing Happy Birthday to one of the modern day greats of the game and Williamson acknowledged by spending a few moments with the fans and taking a bite from the birthday cake.

New Zealand teams over the years whether it is Black Caps or All Blacks have earned much admiration over here and Sri Lankans’ most favourite Kiwi got to be their former cricket captain Late Martin Crowe.

Sri Lanka did not host any international cricket for five years from 1987 to 1992 and Australia were the first team to visit the island to end the isolation.  In December 1992, the Kiwis followed the Aussies and Sri Lanka were in danger of suffering another lengthy isolation after Navy Commander Clancy Fernando was killed by a suicide bomber in front of Taj Samudra where the cricket team was staying.

The New Zealanders wanted to go back home but Sri Lankan cricket authorities made an appeal to the tourists to remain as their withdrawal would be a huge blow to the sport. Despite Martin Crowe urging his players to stay back, five of them opted out of the tour. Crowe was quick to bring back replacements from home including retired opener John Wright.

The series went without any incidents and Sri Lanka was able to host England, India, South Africa and West Indies, the following year. Had the Kiwis withdrawn in 1992, the situation would have been entirely different.

There have been other instances where those running cricket in New Zealand have gone out of their way and helped Sri Lanka. The Sri Lankan cricket team was in New Zealand when the tsunami struck in 2004 causing severe destruction in the country. Some of the loved ones of the players were hurt by the boxing day disaster.

SLC appealed to their counterparts in New Zealand and the series was postponed at a massive cost to the hosts. The following year New Zealand hosted Sri Lanka in March for the Test matches and again in December for the ODIs.

Over the years there has been many goodwill gestures and support on the cricket field between the nations and they will be taken further with the opening of New Zealand’s High Commission in Colombo.