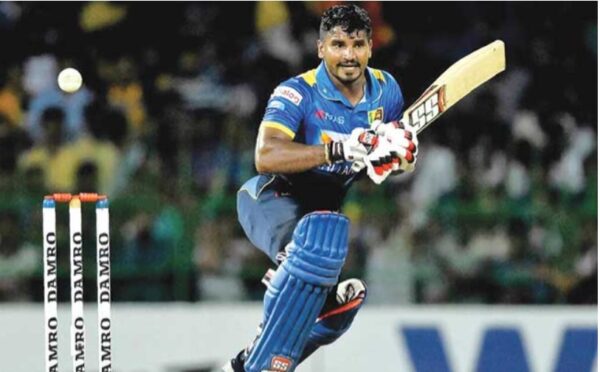 There are some concerns about the national economy with former Prime Minister Ranil Wickremesinghe raising alarm about diminishing foreign reserves. Listening to the UNP leader one recalls the pithy local saying, ‘bale thiyanakota mole ne, mole thiyanakota bale ne’ (when one has power one has no brains, and vice versa). Under his watch, men in three piece suits put professional banker robbers to shame; they walked away with billions of rupees in the form of fraudulently obtained Treasury bonds.

The great game of cricket helps take a man’s mind out of his troubles and if properly utilized, and could solve our foreign reserves crisis as well.

The upcoming six-match limited overs series will see Sri Lanka Cricket earning as much as US$ 12 million as television revenue. SLC sources inform us that maintaining several bio-secure bubbles for players, coaching staff, match officials and ground staff will be costly, but the board is sure earn a profit of at least US$ 10 million.

Indian cricket is a cash cow and if our government is able to negotiate with Narendra Modi’s government and play an extended series, we may be able to overcome our foreign currency woes to some extent. Cricket’s most powerful man at present Jay Shah, the Secretary of Board of Control for Cricket in India, is the son of Amit Shah, Minister of Home Affairs and PM Modi’s right-hand man.

Imagine India playing five Tests, seven ODIs and seven T-20s in Sri Lanka, something that has been never ever tried before. That’s close to 40 days of cricket and SLC’s profit will be so huge that it will be able to pay for the PCR tests on the poor scribes.

A little known fact is that BCCI has bailed SLC out many a time. There have been instances where BCCI came down hard on us as in 2008, when the SLC stepped out of line. Those running Indian cricket from Madras reached out our Sports Minister Gamini Lokuge and wanted the administration changed. The board was sacked in less than 24 hours and India honoured its word by sending down their team for a bilateral tour. That was the moment, the world got to know about someone who answers to the name of N. Srinivasan. Lessons were learnt. Never cross the path of the man fondly known among cricket fans as Srini mama.

That Minister Lokuge ran the affairs of the cricket board through his Ministry Secretary and entered into a television agreement with a blacklisted company is a different story. True to form, the company defaulted payment. It was yet another investigation that the Yahapalana government swept under the carpet.

That Sri Lanka will not win a single game in this six-match series is quite a possibility. Many have said that this is a second string team but then, India is far more experienced than Sri Lanka. Two of their players have featured in more than 100 ODIs while three others have played in more than 50 ODIs. For Sri Lanka Dhananjaya de Silva with 50 ODIs under his belt is the most experienced. Kusal Janith Perera could miss the series due to a shoulder injury.

The result of this series will matter little for those who are running the sport. More importantly, they would want to see the series being completed, for the windfall from this tour is important to be invested in the development of the game and running it.

At times, you feel compelled not to do everything that India wants you to do. But we have so much to gain by having India on our side. Even bigger boards like England and Australia have fallen in line with India. However much you dislike the Big Three concept, you have got to bite the bullet, set aside your ego and move with times. That SLC seems to be doing cleverly in spite of its many failings.

One is reminded of Kerry Packer’s last words to Australian cricket chief Bob Parish and his Secretary Alan Barnes before he took them on, ‘Gentlemen, there is a wee bit of whore in all of us. How much do you want?’