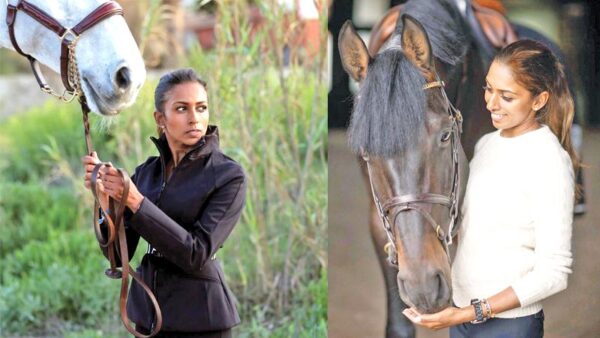 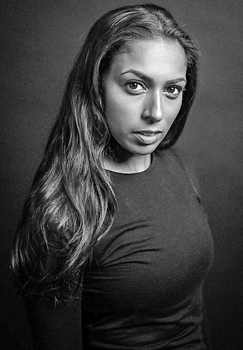 She is not a famous person nor is her name familiar among Sri Lankan sports enthusiasts. Mathilda who was born in Sri Lanka was adopted by a Swedish family when she was a baby and was brought up in Sweden. She came back to Sri Lankan one day and said that she would like to represent the country in equestrian events.

I said that Mathilda was adopted by a Swedish couple a long time ago. At that time, she was three-months old. When she was growing up in Sweden she had a chance to learn about horses. “My Swedish father and mother gave me and my brothers and sisters permission to ride horses. I loved it and learnt equestrian and had the full support of my parents.”

In early days Mathilda was a strange little girl in Swedish society because of her skin colour. Most of the people in that society were light skinned people called white. But she was dark and attractive. “My parents did not allow me to go alone anywhere. They were always beside me. So, my skin colour was not a problem for me and they never treated me badly because of my skin tone. In that way I am a very lucky girl,” she told the media after she became famous as an equestrian athlete.

Her environment too helped her grow strong physically and mentally. Her step-brothers and sisters did not treat her as an equal. “My Swedish parents gave me all the facilities I needed. They never favoured the other children over me although I was adopted.”

“Generally Swedish children are involved in horse riding in their childhood. My brothers and sisters did it but I loved riding horses more than them. My parents knew I loved horses. They helped me to train well. Normally children in Europe start horse-riding in childhood and then they give up that hobby after they grow up. However, I never lost the love I had for riding horses. This helped me become an equestrian athlete.”

Mathilda loves her motherland Sri Lanka very much. That is the main reason for her to decide to represent the country. A couple of months ago she came to Sri Lanka and met Sports Ministry officials and the Minister of Sports who gave approval for her participation.

Before traveling to Sri Lanka she discussed with Swedish parents about finding her biological parents.

“I want to find my real parents and do something for them. I came to Sri Lanka and tried to find them. It was my first visit to the country after my departure as a bably. I love this island,” she told the media.

Mathilda is a gift the country received suddenly. The world does not know that Sri Lanka has an equestrian athlete. It is a big opportunity for us to be famous in equestrianism.

Mathilda Karlsson, 37 has a keen vision on her face. Maybe she could do something in Tokyo.

I would like to mention a few words that she said before I finish this article. “Every moment I am learning. Tomorrow is a new day and it means a new lesson in my life.” I wish her the very best on her Olympic journey as a Sri Lankan going to Tokyo. 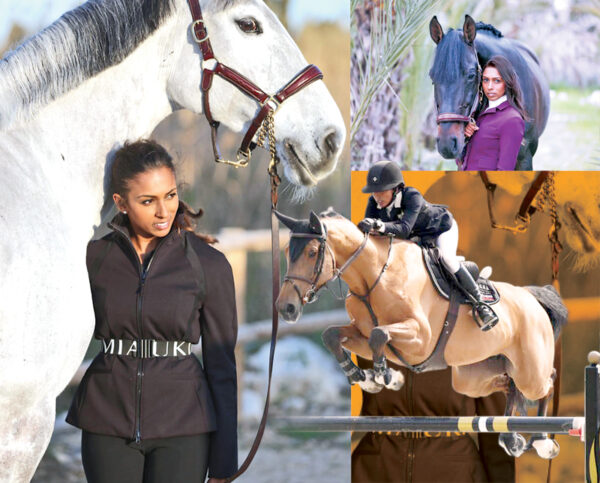