His humaneness went hand in hand with his expertise as a surgeon – PROF C. BARR KUMARAKULASINGHE – by M. Karalasingham 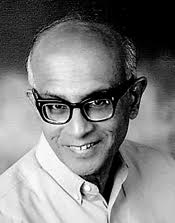 BARR  KUMARAKULASINGHE, Prof. Chelvarajan, husband of Nirmalini, father and father-in-law in Melbourne on May 12, 2021 (Contributed)

“Heavens themselves blaze forth with comets at the death of a great man or prince.”

This quote is appropriate for the recent passing away of Professor Barr Kumarakulasinghe, whom I had known since 1970, when I was involved on a research project with him, Dr Brian Senewiratna and Dr Swaminathan at the Faculty of Veterinary Science, Peradeniya on the uptake of Calcium & Sodium in the para-thyroid of pigs.

I watched Prof Barr Kumarakulasinghe doing the sutures using his fingers and asked him to teach me which he willingly did.  I went on to teach those skills to veterinary and medical undergraduates in Sydney, Australia.

After completing my Diploma in Radiography, Prof Barr was instrumental in my switching over from the Veterinary Faculty to the Department of Surgery at the Faculty of Medicine, Peradeniya.

Doctors I have met – a Consultant Paediatrician in Melbourne in 2001 and a Gynaecologist and Obstetrician in 2017 in Sydney, recalled that when Prof Barr was a demonstrator at the Department of Anatomy, Faculty of Medicine, Colombo, he would invite the undergraduates who had difficulty in Anatomy to his quarters (above the Radiology Department) and teach them after hours.

Professor Barr assumed duties as a Senior Lecturer in Surgery at the Department of Surgery, Faculty of Medicine, Peradeniya in the ’60s. A truly dedicated teacher and clinician, even when a medical undergraduate failed at a particular subject not relevant to Surgery, he would consult academics and examiners of the respective subjects, find out why the candidate failed,  then invite the student to dinner and explain where he or she had gone wrong, guide them and even drop them back home.

He would always ensure that he collected specimens from the operation he had performed and hand it over to the Pathology & Anatomy for teaching purposes.

When Prof Barr’s mother was warded at the General Hospital in Kandy, she was as selfless as he was and would insist that he see his other patients first and treat her last.

An intern of his in Ward 11 at the General Hospital, Kandy recalls that when Prof Barr heard her father was to have surgery, though he was on his way to Colombo with his family, quickly parked his powder blue Hilman Husky station wagon next to the Hospital telephone exchange and performed the surgery. He only continued on his journey once her father was back in the ward. She was devastated that she did not have the opportunity to bid him farewell when Prof Barr was forced to leave the country after the ’83 riots.

He was admired and looked up to for guidance by everyone. He would spare no effort in helping them solve their personal problems. Sister Marrikkar who was in charge of Ward 11 and 12 at General Hospital, Kandy recalled that when she had told Prof of the grievances she had with the hospital administrators, he personally met the Director and straightened out her problems.

A lady from the hamlet of Poojapitiya when she found out I knew Prof Barr,  started tearing up. “He is a like a God to me. He took care of my son at Ward 16. Do you have a photograph of him so that I can frame it and light a lamp everyday” she asked. When Prof found out that her son was an artist, he would bring him crayons and materials so he could continue drawing.

Prof Barr’s was the oldest car parked in the hospital premises. He would say that he needed a car with four wheels and a roof to take him from Point A to Point B safely and that a man only needed four pairs of pants and four shirts.

Once when he was driving towards Mount Lavinia to drop off his family,  his car stalled on Galle Road opposite the Royal Bakery in Wellawatte. A man seated there, walked over and said “Sir, do you remember me? You saved my life. How can I help?” He organised a crowd to help push the car to the nearest service station.

Another time, Prof saw a major traffic accident on his way to General Hospital, Kandy and immediately stopped to render aid. He examined the patient and told the family to have him taken to the General Hospital straightaway. When the patient arrived at the operating theatre, he was scrubbed and ready to operate.

After the ethnic riots he decided to cross the Rubicon. I was extremely downhearted when he left. I finally reconnected with him in 1991, and he drove almost an hour from Glen Waverley to Keysborough and we had a long discussion about my future. On his advice, I chose Royal Prince Alfred Hospital, Sydney where I ended my career in charge of 29 Operating Theatres

During one of my visits to Sri Lanka, I met one of Professor’s scrub nurses at General Hospital, Kandy, who recounted that when Prof Barr was on holiday in 1998, he not on.ly accepted her invitation for a meal at her home but stayed the night at her home. She said to me “When do you get a Staff Specialist accepting an invitation from a nurse?”

Whoever knew Prof Barr was touched by his kindness and generosity regardless of whether they were a ward labourer, nurse, intern or staff specialist.

I consider myself fortunate and privileged to be associated with Professor Barr for over five decades. When Mrs Barr informed me that he had passed away, the sorrow was heartbreaking.

Professor Barr was a good Christian and a good soul. There is no one I know who could walk in his shadow. He never utilised his sabbatical leave to go overseas and make money, neither did he do any private practice. He continued to treat his patients who attended his Out Patients Clinic, did his operation list and treated his ward patients.  May his soul rest in peace. I know very well he is in heaven in the hands of Lord Jesus Christ.