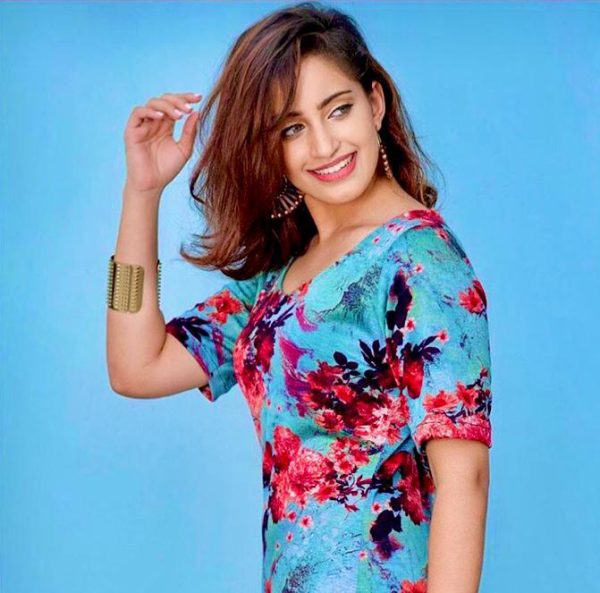 Hirushi Jayasena was born in Essex South-End-on Sea United Kingdom as both parents were medical officers working in Essex. However she is Sri Lankan  by nationality raised by her parents along with her brothers in the heart of Colombo. She has travelled to many places but she quips there is no place like home.

She is a past student of Visakha Vidyalaya Colombo 4, where she made amazing friends, memories, and marks on her path to maturity. After she completed school education, she proceeded to obtain her Associates Degree in Liberal Arts from Broward College Florida affiliated to ACHE Colombo. She is currently reading for her Bachelors in Biological Sciences in the pre-medical field, along with a minor in psychology at University of Central Florida, United States. Growing up to a family with a medically oriented professional background, she always saw the price of healing people and helping to make ways to progress in life.

Hirushi has innate talent in singing without any hereditary affiliations sang her way from the age of six years up to where she is now. She had been  a very shy girl who would run and hide when someone tells her to sing, but her passion finally had triumphed overshadowing her fears. She participated in many musical competitions winning awards and prices for her singing ever-since she was a schoolgirl, and is currently continuing it with her own YouTube channel. She has released her own music collections having also participated in Playback singing for filmography. She always loved singing songs deriving from many genres and cultures including English, Sinhalese and Hindi..She is often invited to sing in numerous musical programs in television channels .She had sung in the SLRC famous Sunday night program “Sihinayaki Re”. She received award nominations for her work and associated video productions at Derana Music Video Awards and Sumathi Awards, which were her prime reinforcements. She likes being low-key about her work, and still remains silent of the question if she will ever take it to a professional level.

She is also known for her potential as a pianist and violinist. She was also an appraised candidate for Violin, and Piano by Trinity College London, ABRSM Royal College of Music (UK), and IWMS, Sri Lanka. She still simply loves playing piano which you can see from her covers on YouTube.Hirushi  has a passion for dancing ,theatre and media presentation..Hirushi had grown up learning classical Indian dancing genre “Bharatha Natyam” for which she had received a diploma at the tender age of just eleven years.She treasured the element of expression in dancing and the use of emotions and ingredient as an ideal expression in her performance.

She was also an outstanding candidate for Drama  at Trinity College London, where she took part in numerous songs and performances in order to celebrate her passion. Hirushi is also a freelance part-time  television presenter at Channel Eye, Rupavahini Corporation, . Whenever she is down home for her vacation, she never fails to air on the morning shows of entertainment!

She is also a writer of a style of her own and verse on ideas and themes pertaining to social reality, contextual fiction , humanity and nature. She released her poetry book “Water Colors” in 2012 on behalf of donations to libraries of rural schools. As told by Mrs. Kamala Jayathileke, “Hirushi exhibits creativity and imagination while she deploys language with confidence over the years, with growing maturity. she is sure to develop greater insight into the nature of poetry and discipline herself to learn its craft. .Hirushi has also written for many articles on contemporary issues on  social platforms. She was also a potential candidate in Commonwealth essay competitions.

Hirushi also simply loves spending her leisure sketching cartoon and artwork since her imaginary childhood. She did not fail to showcase some of her work in her book “Water Colours”.

As a social worker Hirushi along with her best friend found the “Stepping Stones” charity group in 2014 in order to initiate projects to support the educational journey of economically underprivileged children. They conducted various teaching programs, donations, and awareness on the importance of education to alleviate social trauma. She has talked about addressing these issues on a bigger scale once she completes her education, in order to upgrade the system and make a bigger change. Starting as a group of friends driving to a goal, big differences are anticipated from Hirushi.

Hirushi has other hobbies too, definitely loves photographing things including, landscapes, travel destinations, cuisine, urban life, wild life and social contexts and portraits. She has told to be growing her passion as photographer and has not failed to share it with her enthusiast on Instagram.

Hirushi can be ridiculous sometimes making memes, vines and funny videos to make someone’s day. According to her, she loves making people laugh.In the contest of the above it is apparent that she has achieved so many milestones a quite a high number in relation to her counterparts would wish Hirushi the best for all her future endeavours,