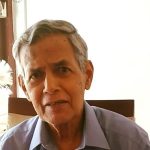 Royden de Silva, a gentleman to his fingertips who passed away on December 19, 2021 could be considered one of Sri Lanka’s outstanding sportsmen having represented the country in rugby and basketball, two sports which demand the utmost endurance.

He started his sporting career as a 16-year-old at St Peter’s College in the two sports and was spotted by Dr. Hubert Aloysius, a Havelocks captain in the ’60s who invited him to join the club offering him a place and position in the team.

In a seven-year period from 1966 he was a key member of the Havelocks rugby team which won two Clifford Cups. During that period he represented Orient’s Basketball Club and was a member of the National team. He captained Havelocks Sports Club in 1973 before leaving Sri Lanka to further his career in shipping in West Asia..

A particular incident which is worthy of mention was when he represented the Havelocks in a game against their traditional rivals the C.R. & F.C. which was a rugby cup final and then immediately left to play for Orient’s in a basketball final the same day!

An unassuming and popular figure, he played hard but clean in the best traditions of the game. He took early retirement to care for his ailing mother. Sadly shortly before her demise fate dealt him a cruel blow with a debilitating illness. He bore it with his characteristic charming smile that tamed many an opponent on the playing field.

The only son of late Mr. and Mrs. Wilson de Silva, he lived in his childhood home in Wellawatte then a leafy suburb which produced an abundance of sportsmen. He will be now in the company of team mates and close friends of the golden era of Peterite basketball – Autry de Silva, Naufer Mahroof and Justin Perera.

May His soul rest in peace