Surrounded by spectacular vistas, breathtaking misty mountains and serene blue skies, Gregory Lake also known as Lake Gregory is a well-known tourist attraction as well as a location for recreational activities and water sports that has been in existence in *Nuwara Eliya from the British Colonial Era to date.

Gregory Lake is the most prominent, scenic attraction and historical landmark in Nuwara Eliya town visited by local as well as foreign tourists. The Lake and its surroundings are crowded during April, the tourist season in Nuwara Eliya, although, some people, especially locals visit the area during the off season too.

During the British Colonial Era, the Lake had been created with the objective of providing electricity to Nuwara Eliya town. To date, electricity to Nuwara Eliya town is generated from the water of the Lake. Yet, from the British Colonial Era to date, the Lake and the surrounding area had been mostly used for recreational activities and as a place to relax. After recent renovations, the Lake and the surrounding area has been turned into an area similar to a Lake Park. As such, the visitors to the location can indulge in a picnic similar to the period of British Colonialists. The Lake Park is a family-friendly area.

Among the recreational activities at Gregory Lake, water sports including boat rides, speed boats, dinky boats as well as swan-shaped paddle boat rides are the most popular among tourists and locals. Apart from boat rides and pony rides, bicycle rides can also be done in the Lake Park. The visitors can also indulge in water sports such as jet skiing and windsurfing. Visitors who do not prefer strenuous recreational activities, there is a well-maintained walkway in the midst of scenic flowers. 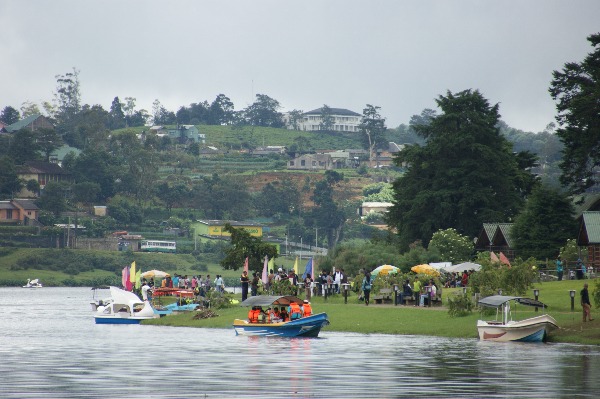 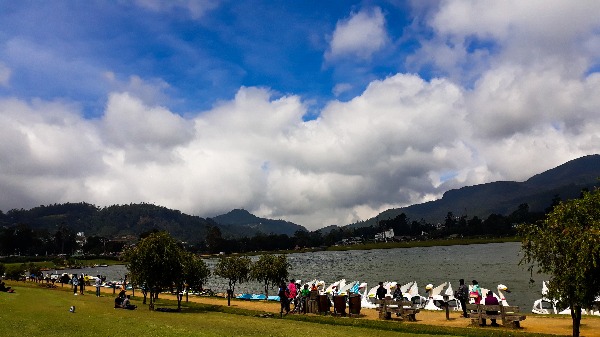 Situated about two kilometers in the outskirts of Nuwara Eliya town, Gregory Lake had been constructed during the period of British Governor Sir William Gregory in 1873. The area surrounding Gregory Lake is known as Gregory Lake Area by locals.

Prior to the construction of Gregory Lake, the area surrounding the Lake had been a swampy wetland located at the foot of the small hills which border Nuwara Eliya town. In 1873, Sir William Gregory had instructed his officers to dam the Thalagala stream which originates from *Pidurutalagala Mountain with the objective of acquiring more land to expand Nuwara Eliya town. According to historical records, in 1881, the lake had been stocked with trout by Assistant Government Agent Nuwara Eliya, Mr. C.J.R. Le Mesurier. In 1913, the waters of Gregory Lake had been directed in to a tunnel that flows to a hydro power station at Blackpool, located between Nuwara Eliya town and *Nanu Oya.