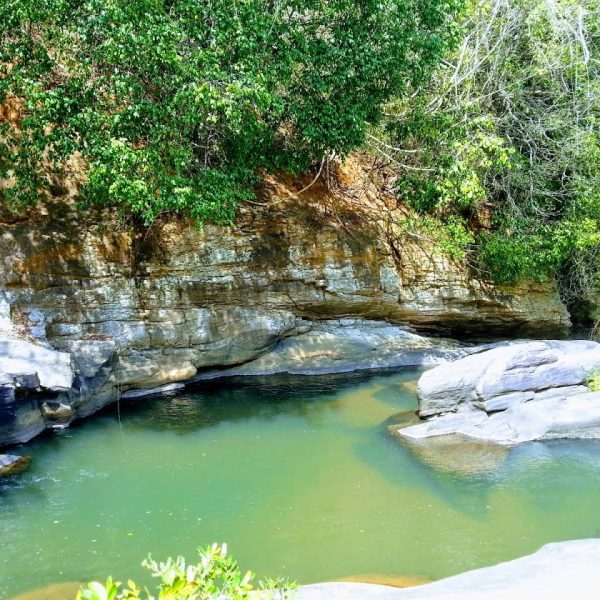 Located in Meegolla in Yatamedura approximately 23 kilometers from *Walapane in the Nuwara Elya District, Golumale is a breathtaking hamlet bordering *Victoria, *Randenigala and *Rantembe Sanctuaries as well as the boarder of Central and Uva Provinces. One side of the hamlet borders a thick forest, whereas the other side has paddy fields, a unique breathtaking scene.

Golumale is a unique geological formation with a series of rock pools on the banks of a river created by years of erosion. There are also natural rock carvings and rock formations of various shapes and sizes at the location.

Golumale is considered as a wonderland due to its picture post card scenes, surrounded by splendid evergreen vegetation and a wildlife sanctuary one side of the river there is dotted with tree-houses that are constructed along this human and wildlife interface to enable the locals to keep an eye on their crops during day as well as night as elephants roam freely in the Randenigala forest reserve. The fence along the river bank assists to control elephants in the sanctuary. The location is considered as and it is one of the safest places for tourists to view elephants in their natural habitat, especially during late evening.

Situated off the beaten track, Golumale Rock Pools is an awe-inspiring location similar to a picture postcard scene due to a large rock pool with a couple of holes in it, through which water from the river passes at one end and emerges from the other side, a feature that can be seen when the water level is reasonably low as it is submerged in the river bed when the water level is high. Golumale River is formed by a tributary of the *Uma Oya.

As the dusk approaches, it is advisable to get into a tree house as wild elephants roam the rock, although it is not a daily occurrence. Adventurous tourists, prefer to sleep in one of the tree-houses. Villagers are hospitable and welcome tourists and some provide tea or meals to guests during a visit to Golumale.

Golumale is also known as “Disappearing River” by locals as the water completely disappears after flowing in to one of the largest cavities and further down the river this water joins the river through a smaller cavity. When there is a huge water flow, the water shoots out of this cavity and there are large rocks (that have been shot out) collected at the bottom.

According to locals, there are ruins of a palace in close proximity to this area hidden in the forest. According to legends, King Walagamba had two palaces in this area. The palace in the upper area has been known has “Uda Maligaya” and the palace in the lower area has been known as “Yati Maligaya”. These two areas have gradually evolved to “Uda Maligaya” as “Uda Medura” or  “Udamedura” and  “Yati Maligaya” as  “Yati Madura” or  “Yatimedura”. Villagers are of the view that the ruins in the location are those of “Yati Medura”.

Golumale is a popular bathing spot among travelers.

Directions: Travel along Udupusellawa road from Walapane and travel up to Dambagolla junction situated 11 kilometers from Walapane. From Dambagolla travel along Madulla thorugh picturesque hamlets, forests and paddy fields. Golumale is located approximately three kilometers along this road.  There is a small handwritten board as “Golumale”. From this location, it is necessary to travel across a paddy field. At the edge of the paddy field and the river, there is an electric fence to stop wild elephants entering the village from Victoria, Randenigala and Rantambe Sanctuaries It is necessary to creep through this fence to reach the river. 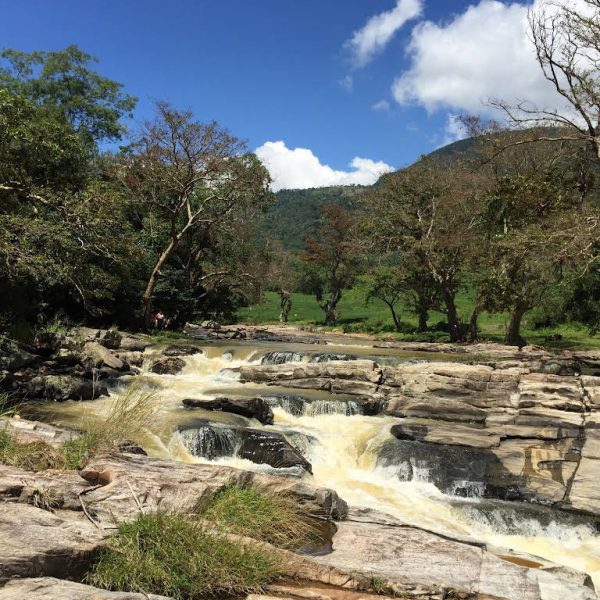 If camping at night in this location, it is necessary to stay in a tee house as elephants roam freely in the Randenigala forest reserve. 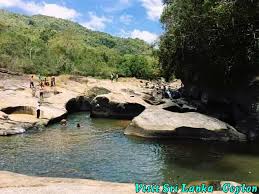