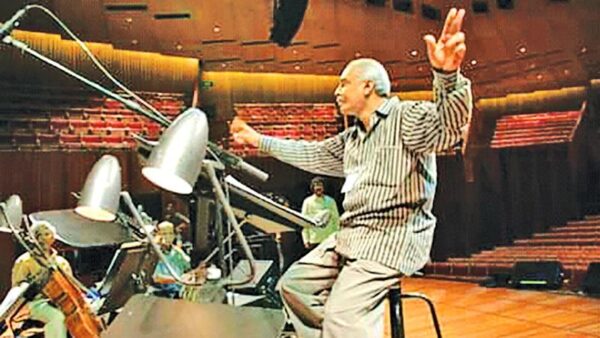 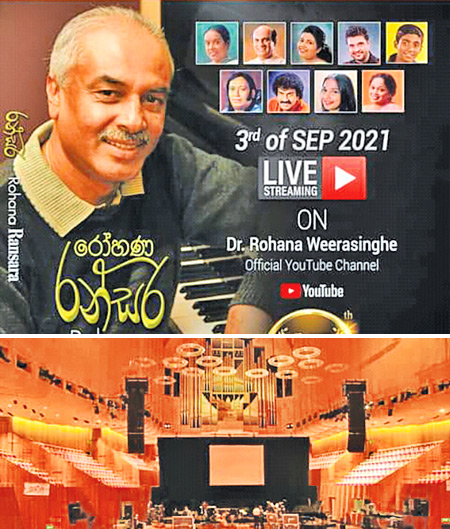 Many crowned artistes such as Nanda Malini, Victor Rathnayake, Sunil Edirisinghe , Edward Jayakody, Priyadarshani, Nelu Adhikari, Charitha Priyadarshani and Dayan Jayathileke had adorned the concert “Rohana Ransara” organised by Yasiru Multimedia pvt Ltd , the leading Sri Lankan entertainment company based in Australia. As noted by the veteran musician Dr. Rohana Weerasinghe, performing at Sydney Opera house is a golden opportunity for any musician. It was Dr. Rohana Weerasinghe who conducted the orchestra.

However, unfortunately, the mainstream television channels did not broadcast this remarkable musical show mainly because of ignorance. As a remedy to this, veteran musician Dr. Rohana Weerasinghe intends to give the golden opportunity to everyone in the world to watch it through his official You Tube channel.

The main reason behind this is that many young people, after watching the channel, got to know that their favourite songs had been composed by the musician Dr. Rohana Weerasinghe. Another significance is that every composer can benefit from this you tube channel.

On September 3, 2021 all music lovers can watch the remarkable concert on the Rohana Weerasinghe official you tube channel. This concert has been scheduled to run for 24 hours in such a way that anyone in the world can enjoy this amazing musical show. The main objective is, as noted by Rohana Weerasinghe, to give something good to the listeners in the world. All in all, the veteran musician Dr. Rohana Weerasinghe better known as the King of melodies being a singer, sitarist, music director for films and tele dramas has enriched the music industry of Sri Lanka by creating many melodies for almost every singer.

As a country we are indebted to his commendable service.