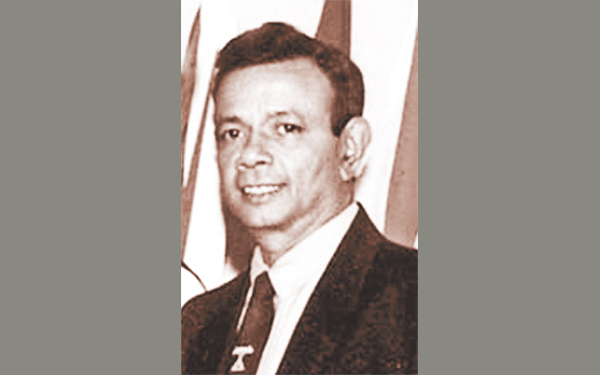 Frouse Saheed created history when he became the first President of the Asian and the International Billiards and Snooker Federation (IBSF) from Sri Lanka.

As a player and as a sports administrator Saheed brought credit and honour to Sri Lanka and was regarded highly around the world in a sport which he served with distinction.

Born on December 14, 1941, Saheed hailed from Galle and was a product of St. Aloysius’ College, where he played football, cricket, athletics and table tennis.

Saheed played with some reputed cueists such as M. J. Rahim and M. Marzook. He became the Southern Province champion in billiards and snooker representing the Galle Gymkhana Club.

His greatest achievement was when he became the runner-up in the nationals to M. J. M. Lafir in 1973. He also won the Lanka Plate.

While being a leading gem businessman, he indulged in cue sports at the Anglers Club. It was here that he met many leading personalities, who were promoters of billiards and snooker.

Another notable achievement was that he played a key role in shaping some of the talented players to world standards.

It was in the year 1982 that Saheed proposed forming an Asian Federation as the Asian cueists were not faring well in World Championships.

When the Asian delegates assembled during the 1982 World Snooker Championship in Calgary, Canada, it was explained at the meeting the importance of having such a federation.

He single-handedly attended to every detail required for its formation. At the next AGM in Valetta, Malta in 1983 he confirmed the birth of such a federation.

His ambitions and all his efforts paid off when the first Asian Snooker Championship was held at the Bangkok Palace Hotel in Thailand in 1984 and Saheed was the first Executive President who later became the Asian President in 1988.

The Asian Championship was first played for the M. J. M. Lafir trophy which was designed and made in Kandy. In 1986 Sri Lanka hosted the third Asian Snooker Championships at the Taj Samudra Hotel under the presidency of Saheed while the fifth Asian championship was held in 1986 at the Ramada Hotel.

Saheed was the first Sri Lankan to contest and win a world presidency in 1990 when the World Snooker Championship was held in Colombo.

At that time the Sri Lanka cue body was under the presidency of Jagath Sumathipala and that was the year Saheed beat New Zealand’s Brian Bennet to become the President of the IBSF. The first World Confederation of Billiards Sports (WCBS) Annual General Meeting was held at Yverdon-les-Bains in Switzerland on January 25, 1992.

Saheed was offered the post of President but he declined and served as a Director of Sports of all three disciplines.

He put Sri Lanka on the map of the cue world when he held the posts of President of the local governing body, the Asian and then the world body. He had a great knowledge of the game and attended tournaments all over the world.