Fred James Koch haas written an incredible theme song for movie Night Walk called I’m Runnin’. Just released this song is engaging and gives us a sense of urgency as the song builds. Fred James vocals have a unique tinge to them and with the video having scenes from Night Walk, it encourages me to watch the movie. ‘I’m Runnin’ features AZ Sheriff. Jen Music Injection Aus 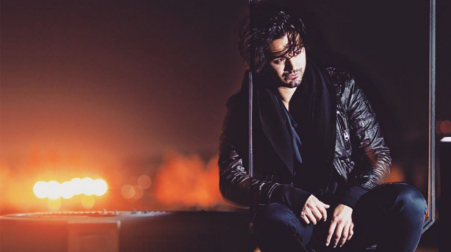 Born and raised in Sydney, Australia, Fred James Koch studied with the National Institute of Dramatic Arts NIDA and later graduated from the Actors Centre Australia whose patron was Hugh Jackman. A few years earlier he graduated from Monash University with a double degree and left an excellent job in the Australian Dept of Defence to pursue an acting career in Hollywood.

Fred James Koch made his acting debut as supporting lead in the motion picture “A Common Man” alongside Sir Ben Kingsley & Ben Cross followed by supporting roles in films such as Impact:Earth alongside Tom Berringer and most recently in the LIONSGATE distributed Hollywood film ‘Night Walk’ sharing the screen with Mickey Rourke, Eric Roberts and Sean Stone.

As an avid philanthropist, Fred James Koch also donates his skill & science behind the camera, for humanitarian efforts in creating inspiring documentaries. Most recently on the trials and hardships but beautiful spirits in the wilderness of the Masai people in Kenya & last year he produced & directed a music video for a song he wrote on the disastrous effects of Plastic on the world’s environment. This project was launched in Mexico and worldwide through social media.

Fred James, was invited by the producers to perform the song live at the premiere in Hollywood on the 13th of June but unfortunately due to travel restrictions, the ‘live’ performance in Hollywood at the premiere was not possible.Subsequently the Media company promoting the song ‘Alexander Media Aust’ decided to release the song and the music video internationally on the 3rd of July 2021. I’m Runnin’ by Fred James Koch feat. AZ Sheriff.